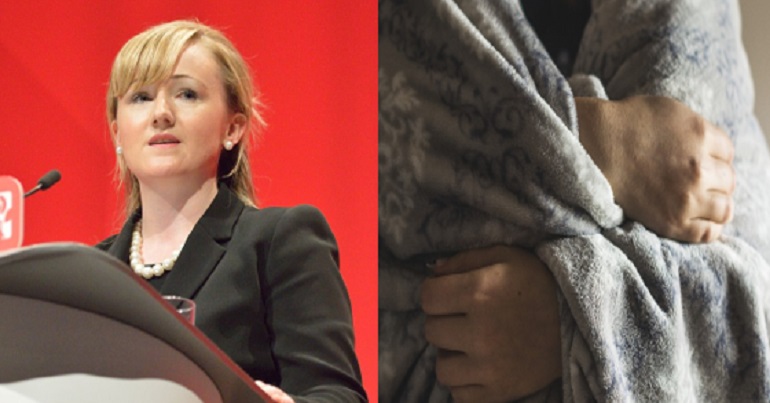 Labour has hit back at what it calls the government’s “continued failure” to tackle the “broken energy market”. It comes after a select committee issued a critical report over the government’s handling of the issue.

In April 2017, the government launched a safeguard tariff, or ‘price cap’, on how much people using prepayment energy meters can be charged. On 2 February, it extended this cap to all customers who receive the Warm Home Discount.

A report by the Business, Energy and Industrial Strategy (BEIS) Committee has said that this does not go far enough. And its Chair, Labour’s Rachel Reeves, recommended that:

An energy price cap is now necessary and the government must act urgently to ensure it is in place to protect customers next winter.

The Big Six energy companies might whine and wail about the introduction of a price cap but they’ve been overcharging their customers on default and SVTs [Standard Variable Tariffs] for years and their recent feeble efforts to move consumers off these tariffs has only served to highlight the need for this intervention.

As The Canary previously reported, energy prices have been steadily rising. Between July and September 2017, domestic energy prices went up by 3.2%. In contrast, for the three months to October 2017, real wages were 0.2% lower than the same period in 2016.

When a household’s energy costs are above the national median average, it is called ‘fuel poverty‘. According to the Department for BEIS, the number of households in fuel poverty increased to 2.5 million in 2015 – up from 2.38 million in 2014.

Labour’s Shadow Business Secretary Rebecca Long-Bailey has also hit back at the government. She said:

The government’s continued failure to tackle our broken energy market means hard-up customers have to pay more while the profits of the Big Six continue to soar.

Theresa May promised a price cap during the election campaign. We are now almost on the other side of winter and with four million households affected by fuel poverty in the UK, the government must not delay this legislation any further.

An Ofgem [the energy regulator] spokesperson said it was pressing ahead with plans to protect energy consumers in expectation of the new legislation.

But Long-Bailey noted that:

Labour will introduce an emergency price cap to ensure that the average bill remains below £1,000 per year… We will radically reform our broken energy market, creating publicly owned, locally accountable energy companies and co-operatives to rival existing private energy suppliers.

The BEIS Committee is calling for the government to pass legislation “before the summer recess” in parliament. This is to “guarantee that energy customers receive protection from excessive prices in time for winter 2018”. The government had not responded to the committee’s report at the time of publication.