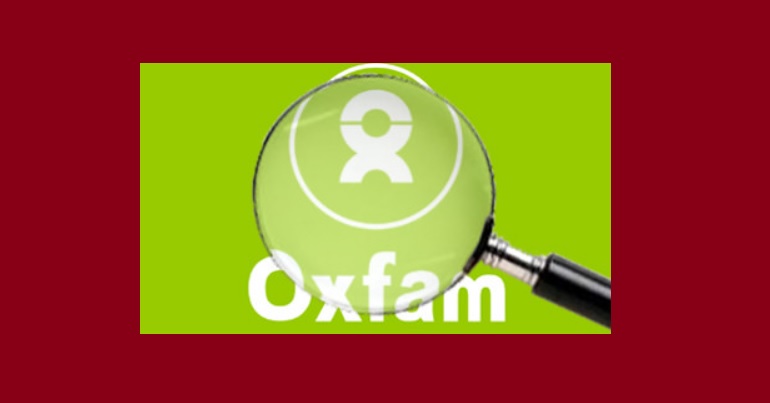 A whistleblower has revealed to The Canary previously unreported details of the ongoing Oxfam scandal involving the hiring of sex workers in Haiti and Chad. And they paint a picture of ‘insincerity’, ‘corner cutting’ and scapegoating by the charity.

The Canary has verified the identity of the former senior Oxfam employee. But they wish to remain anonymous. Their first-hand account refers to events during the period 2005-2007.

Currently, Oxfam is facing an investigation by the Charities Commission over allegations it:

…may not have fully and frankly disclosed material details about the allegations at the time in 2011, its handling of the incidents since, and the impact that these have both had on public trust and confidence.

Action by the commission comes after The Times revealed [paywall] that senior Oxfam staff had been hiring sex workers in Haiti in the aftermath of the 2010 earthquake. But details have also been revealed about similar allegations in Chad, involving the same man, former Oxfam Country Director Roland van Hauwermeiren.

The Canary‘s whistleblower makes numerous allegations and observations about the situation.

So far, Oxfam has officially said it was “shocked and dismayed” by the Chad allegations, adding it:

But the whistleblower told The Canary that Oxfam was being “insincere”:

The question of using sex workers was raised in 2005 by a number of international male staff in Chad, and was referred up the line to management in Oxford. At this point, Oxfam had no clear policy on staff using sex workers. The response from Oxford was not at all black or white. The issues were around any power imbalance or possible coercion between the men and women (e.g. sex with refugees would not be permitted); there was to be a clear over-18 distinction, and Oxfam residences and vehicles must not be used for prostitution.

But provided Oxfam’s brand was not brought into disrepute by their actions, the message was that, when off-duty, staff were permitted to use sex workers.

In N’Djamena [Chad’s capital city], with no curfew and many expatriates including hundreds of international oil workers, anonymity was possible. So in line with Oxfam’s contemporaneous policy, it was clear that some international Oxfam staff were using sex workers.

It is insincere for Oxfam managers to claim they were ‘shocked and dismayed’ to learn of this during the past few days.

We are not banning the use of sex workers, but we are strongly recommending people to avoid using them, for many reasons.

Allegations over dismissals in Chad

The media has reported that Oxfam dismissed a worker in Chad, in 2006, for hiring sex workers. As The Guardian noted, the charity said:

It could not confirm whether it had any records about a Chad staff member dismissed in 2006… Some employees had raised the issue of prostitutes with Van Hauwermeiren.

But this is not what The Canary‘s whistleblower says happened:

The Kenyan man accused of several acts of misconduct was a member of Oxfam’s Humanitarian Support Personnel (HSP) team. This team of specialists’ primary role is to kickstart new emergency responses, and they are readily available on permanent contracts, as opposed to most humanitarian field workers who are on fixed-term contracts.

Due to repeated recruitment failures for a Public Health Team Leader in Chad between 2005 and 2007, this man was deployed into the post. In spite of his conduct issues, there was no real prospect of recruiting a suitable replacement.

Therefore, after significant discussion between Roland, his managers and senior managers in Oxford, the pragmatic decision was taken to reprimand the individual and keep him in post rather than sack him.

The whistleblower also believes Oxfam is scapegoating van Hauwermeiren. They told The Canary:

He worked in Chad for Oxfam for almost three years and was one of the longest serving international staff there. He was held in very high regard by both local and international staff, by senior management at the Regional Management Centre and Oxford, as well as the UN, other international NGOs and government officials. Under Roland’s guidance, Oxfam’s programme in Chad progressed as well as could be envisaged under extremely difficult and dangerous prevailing conditions.

Roland successfully managed several major staff conduct issues and security challenges. It was due to his outstanding performance in Chad that Oxfam selected Roland to manage their Haiti programme, their biggest global emergency at that time.

Oxfam: does the buck stop there?

The Canary approached Oxfam with the full allegations from the whistleblower. A spokesperson for the charity said:

The behaviour of some members of Oxfam staff uncovered in Haiti in 2011 was totally unacceptable, contrary to our values and the high standards we expect of our staff. As soon as we became aware of the allegations we immediately launched an internal investigation. The Country Director was not part of the initial or wider allegations. However, early in the investigation, he acknowledged that he had used prostitutes. He took full responsibility for events that took place under his management and was permitted to resign on the basis that he fully cooperated with and supported the investigation. Oxfam does not scapegoat anyone – but we do insist that people abide by the highest standards – such behaviour is completely outside our values and should never be tolerated.

Overall, however, the whistleblower is critical of Oxfam. They told The Canary:

Charities like Oxfam operate in very difficult environments. When disaster strikes, the pressure from the public, the media, the donors etc. to respond quickly is huge, and all the NGOs compete for the same staff and resources. It has led Oxfam to cut corners and to recruit unsuitable staff, without proper safeguarding procedures.

But also, what has been lacking is the leadership to model a behaviour that staff should have been aspiring to adopt. It is not good enough to let staff decide what is an acceptable behaviour in the context of working with vulnerable people and children.

It is clear that Oxfam staff in Chad were given the reassurance that it was OK to use sex workers, providing some precautions were taken. Oxfam leadership should also take responsibility for this rather than blaming their staff.

This article was updated at 7.30pm on Tuesday 13 February at the request of the whistleblower, to remove the reference to Roland van Hauwermeiren ‘not being a monster’, in light of further allegations.