Thousands of Dorset residents targeted by biological warfare attacks. But not by the Russians. - The Canary 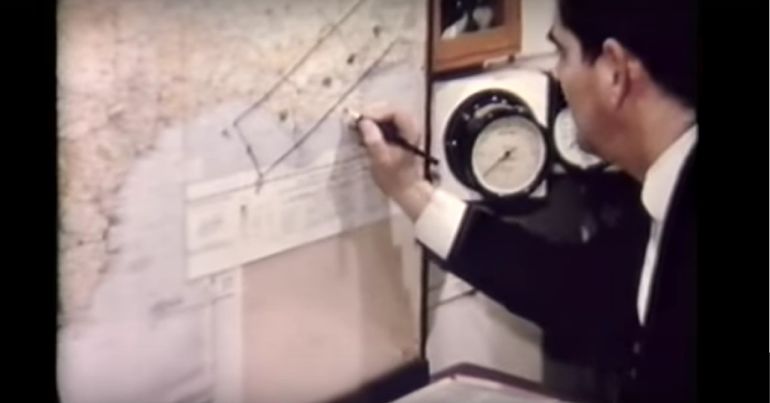 A series of attacks targeted thousands of Dorset residents with biological warfare agents. But the culprits were not Russians. A collection of former classified documents, together with a rarely seen video, reveals precisely what happened.

The plan of attack

The ‘Lyme Bay’ experiments, which ran from 1963 to 1975, involved three biological agents. While these ‘simulated agents’ were supposedly safe, they did have the potential to cause infection and disease. The highly secretive Defence Science and Technology Laboratory at Porton Down, then known as Microbiological Research Establishment (MRE) and led by Dr D W Henderson, developed the agents. For the experiments, researchers based a control vehicle (codename ‘Golden Arrow’) at Fleet, by Chesil beach near Weymouth, and also used a mobile laboratory (codename ‘Night Ferry’).

MRE filmed the experiments in-house. A copy of this highly informative video has surfaced:

The video shows MRE staff transporting the biological agents to the experimental trials vessel ‘ETV Icewhale’ at Portland, which then headed out to sea in Lyme Bay. From there they released the agents into the air, under certain meterological conditions to ensure they would blow onshore. Scientists monitored the aerosol cloud via a series of mobile sampling stations as it passed over the land. During at least one set of trials, monitors detected the bacterial clouds as far west as Dartmoor and as far east as Ringwood in Hampshire.

The video explains, at 27:58, that a person breathing 10 litres of air per minute at the first sampling station would have taken in 16,300 organisms. This decreased as the biological organisms blew further inland.

Of particular interest is the viability of the organisms contained in particles capable of penetrating the trachea and lung.

The narrator adds that the viability of these infectious organisms at the first sampling station was 89%, and 96% at the second, after which it decreased.

Patrick Nicholls, then Conservative MP for Teignbridge, raised the issue in Parliament in November 1997, following investigations by the Western Morning News. The Government asked epidemiologist Prof Brian Spratt to conduct a review [pdf] of the health effects on those exposed to the trials, and he concluded [pdf, p20]:

The experimental releases of bacteria may have put a small number of individuals at risk of infection. Any infections would probably have been restricted to individuals who were particularly susceptible to disease, and are most likely to have been chest infections (or possibly blood infections caused by the inhalation of E.coli strain MRE162.

In December 1997, John Chisholm, Chief Executive of the Defence Evaluation Research Agency, admitted that “BG may cause disease in immunocompromised people”.

Details of the Dorset experiments by Porton Down provide a wider context to the poisoning by an alleged nerve agent of former Russian spy Sergei Skripal and his daughter Yulia in Salisbury, some 7 miles from the facility.

The nerve agent in question is believed to be Novichok [pdf], developed under the auspices of Dr Vil Mirzayanov, who defected from Russia to the US. In an archived 1995 report [pdf, p27] Mirzayanov provides a detailed account of the Novichok programme.

However, questions arise about how easy it might be to manufacture Novichok. And now there’s a claim that the Novichok agent used against Skripal was:

Of A Type Developed By Liars – I have now received confirmation from a well placed FCO source that Porton Down scientists are not able to identify the nerve gas as being of Russian manufacture, and have been resentful of the pressure being placed on them https://t.co/sbTdPOuHpb

Questions also need to be raised about the role of Porton Down in its use or testing of nerve agents, as well as biological weapons deployed against the residents of Dorset, who were told nothing. Fortunately there were no deaths resulting from the Dorset trials – or at least, none that anyone has admitted.