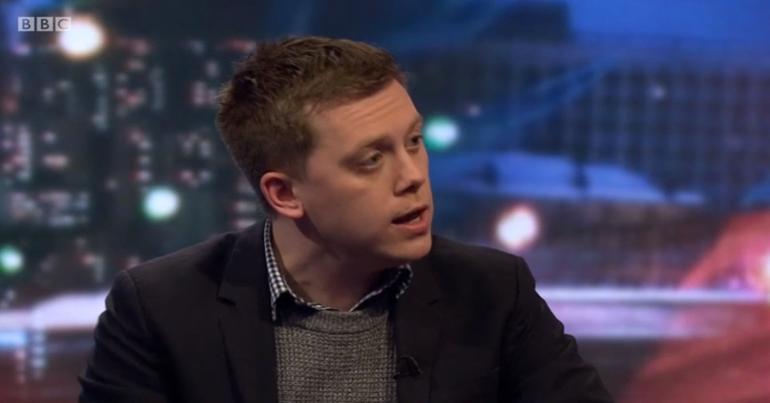 Owen Jones ripped into Newsnight on its 17 March programme. The cause of his anger? The programme’s hammed-up coverage of Jeremy Corbyn amid the diplomatic crisis with Russia.

Jones kicked off by stating:

The media framing [of Corbyn] has been a disgrace and that includes your own programme.

This prompted Newsnight presenter Evan Davies to concede the mock-up of Corbyn on a Kremlin backdrop had been “a provocation”:

Shame you didn’t include the part where he rightly took you to task for photoshopping Jeremy Corbyn to look Russian on your programme last night. pic.twitter.com/QSYoPOml3P

Jones also highlighted the Conservatives’ willingness to accept Russian money. As The Canary previously reported, the Conservatives are reluctant to admit their links to Russian ‘dirty’ money.

So hard-hitting was his performance, Jones joked he ‘might not be invited back’:

May not be getting a @BBCNewsnight invite ever again, but the way they stitched up the Opposition leader to portray him as the stooge of a foreign power is, ironically, the sort of thing you expect on Russian state TV, and they must apologise in full and unreservedly.

Jones further raised the Conservative Party’s rejection of a Magnitsky amendment. Named after the lawyer killed in Russian custody for uncovering fraud, these powers would allow governments to seize the assets of corrupt foreign officials. Jones stated:

Which party over and over again demanded a Magnistky style amendment to clamp down on Russian dirty money? It was the Labour Party.

Which party resisted it over and over over again? It was the Conservative party.

As Business Insider UK reported, these powers have the potential to really hurt Putin’s regime.

But Theresa May has yet another sticky issue regarding Russia. Owen Jones shed some serious light on her actions as home secretary when he said:

Which politician kiboshed an inquiry  year after year into the poisoning of Litvinenko – and in so doing emboldened those that use chemical weapons? It was Theresa May.

"What sort of country do we live in where the media constantly tries to portray the leader of the opposition, who was the only one who stood up in solidarity with Russia's opposition… as an agent of foreign powers?" @OwenJones84 asks #newsnight pic.twitter.com/eB4qKPaxa6

Owen Jones cut through the noise to deliver a stinging rebuke to both Newsnight and the Conservatives. Such was his performance viewers were left in no doubt as to who has the difficult questions to answer.

Read more stories from The Canary about how the media covers stories here.