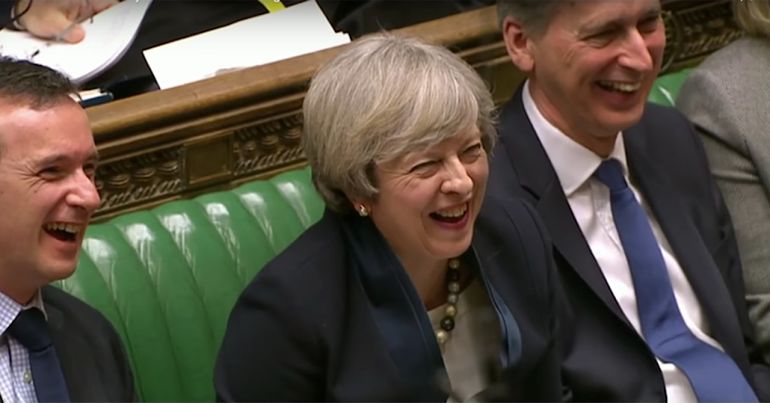 The Conservative government has refused to publish the findings of a 2016 report into the fracking industry. A Cabinet Office statement said that the “release of information from 2016, even with the passage of time, could call into question the industry’s viability”. Greenpeace, which attempted to get the report published through a freedom of information request, has criticised the government’s decision. The charity pointed out that “people had the right to know what was in the report”.

The report in question has predicted that there will be 155 fracking (hydraulic fracturing) wells nationwide by 2025. In 2013, the fracking industry released a study that indicated a possible 4,000 wells by 2032.

The fracking industry must be in an even worse state than we suspected if ministers think the publication of a 2016 report could single-handedly throw its viability into question. We have all heard for years about the imaginary jobs, investment and benefits fracking was supposed to bring – now it’s time to look at the facts. Ministers have bent over backward to support this failing industry.

Regarding the refusal to publish the report, a cabinet spokesperson said:

The Government prepares a number of confidential and commercially sensitive documents for internal discussion and analysis to inform the policy making process.

Public support for fracking stands at 16%, with the vast majority of people preferring renewable energy sources. The 2016 report suppressed by the government predicts a mere 155 wells over the next 7 years. However, for it to reach the predicted 4,000 fracking wells nationwide by 2032, it would have to “deploy 550 wells a year”. In a further sign of the industry’s difficulties, it failed to frack a single well in the whole of 2017.

It is abundantly clear that the UK fracking industry is struggling. And as Greenpeace highlighted, people have “the right to know”. But the government doesn’t want the public to know quite how bad it really is. It’s well aware that public opinion could be the greatest obstacle to widespread fracking.

With support for the industry at a record low, this report is an inconvenient truth which throws into doubt the Conservatives’ entire policy, so the party’s answer was to hide it from view.

– Read more from The Canary on fracking.