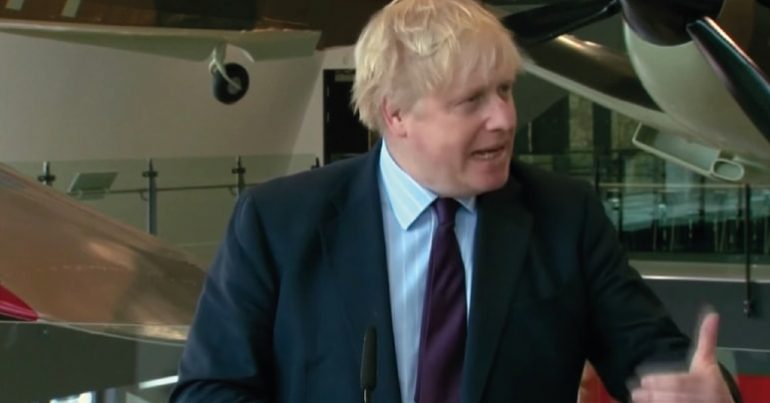 In a leaked recorded speech at a private dinner for Conservative activists on Wednesday 6 June, Britain’s foreign secretary and former mayor of London let rip about his views on Brexit. But later in the same speech, the gaffe-prone cabinet minister revealed what some may have suspected. The capital has in place a total surveillance system, linked to the Oyster card.

But what Johnson failed to mention is that the company which manages the Oyster card also has a long history of providing support to military and defence systems.

A private talk given by Johnson was leaked to BuzzFeed. In an almost throwaway line, he also potentially referred to a surveillance system operated via Transport for London (TfL):

You know, when I was mayor of London… I could tell where you all were just when you swiped your Oyster card over a tube terminal, a tube gizmo.

He admitted, then, that in his official capacity he had access to London-wide surveillance data.

Cubic Corporation, the company that developed and manages the Oyster card system for London’s Underground and buses, boasts that in London:

But there’s another side to Cubic’s business.

In addition to transportation systems, Cubic also provides support services to the military:

Specifically, it provides training for military, as well as support for command, control, communications, computers, intelligence, surveillance, and reconnaissance.

Contracts in recent years include:

Given Cubic’s other business arms, questions should be asked about the role the company plays in monitoring people’s movement via transport systems in London and elsewhere.

Something that Boris Johnson may wish to elaborate on further.