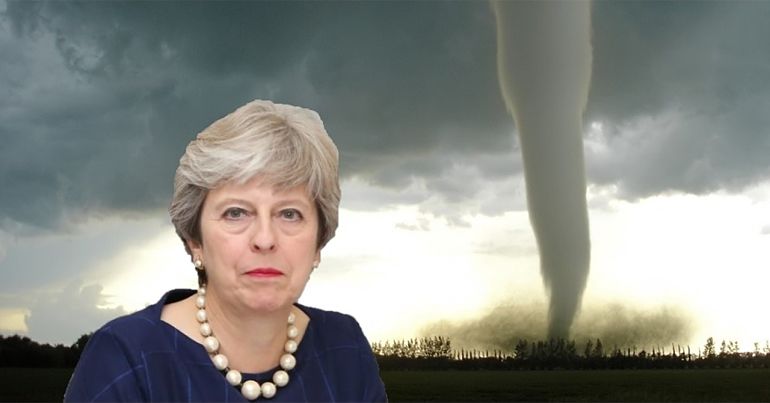 A campaign group which was trying to bring legal action against the government over its climate change policies has lost its battle. But it’s still defiant – claiming that, while the battle may have been lost, the war on “vested interests” is far from over. And all this is playing out while the global climate is in chaos.

Plan B is a charity that supports legal action to tackle climate change. The group has previously warned the government that it believes it’s breaching its obligations under the Climate Change Act 2008, and specifically its carbon target for 2050. It also said the government was failing to “keep pace” with the Paris Agreement on climate change.

The government ignored Plan B’s warnings. So the charity launched a bid for a judicial review of the government’s actions. It had a court hearing on 4 July, during which lawyers laid out the arguments.

On Friday 20 July, a judge sided with the government, claiming that Plan B’s case was not “arguable”. This is despite an admission by the government itself that its plans to tackle climate change were essentially too weak.

Plan B’s lawyers, Bindmans LLP, sent a letter to the government. It highlights the:

failure of the Government to revise the UK carbon target to keep pace with… the Paris Agreement… If the UK, as… a self-proclaimed climate leader, fails to meet its international obligations… its leadership claim is false and its good influence on others is lost.

Bindmans specifically noted the government’s Committee on Climate Change’s analysis of the Paris Agreement and its implications for the 2050 target. It stated that the agreement’s aim, “to limit warming to well below 2°C and to pursue efforts to limit it to 1.5°C”, went further than the current 2050 target. The committee also said that:

the UK’s current emissions targets are not aimed at limiting global temperature to as low a level as in the [Paris] Agreement, nor do they stretch as far into the future.

The judiciary: siding with the government

It’s this weak response to the Paris agreement which is central to Plan B’s case. The judge on 20 July, Mr Justice Supperstone, said Plan B’s case was based on an “incorrect interpretation” of the Paris Agreement. So he rejected Plan B’s judicial review, saying [pdf, p14]:

In my view the Secretary of State was plainly entitled, having had regard to the advice of the Committee, to refuse to change the 2050 target at the present time.

I do not consider it arguable that [his] refusal to amend the 2050 target is an unlawful exercise of his discretion.

He also agreed [pdf, p12] with the government’s lawyers that:

This appears to be at odds with what the committee actually said, as quoted above.

In a statement to The Canary, Plan B’s director and former government lawyer Tim Crosland said:

We consider it clear and widely accepted that the current carbon target is not compatible with the Paris Agreement. Neither the government nor the Committee on Climate Change suggested during our correspondence with them prior to the claim that the target was compatible…

Moreover the Government acknowledged in these proceedings that it was ‘uncontroversial’ that the 2050 target was insufficient to meet the 1.5 ̊C target, one of the key aspects of the Paris commitment.

In these circumstances, Plan B and the other 11 claimants continue to consider that a full hearing on an issue of such urgent and vital importance is necessary. As with other legal campaigns confronting powerful vested interests it takes time to break through, and time is not on our side. We’ll be doing everything possible to accelerate the process. Wildfires raging in the Arctic Circle must surely be a wake-up call.

The law is an ass

The climate is currently in chaos, with record temperatures, flooding, and even wildfires within the Arctic Circle. Meanwhile, the Committee on Climate Change reported in January on the government’s Clean Growth Strategy to reduce emissions and meet its 2050 targets. The report said the government must:

The Clean Growth Strategy is ambitious in its aims to build a thriving low-carbon Britain but ambitions alone are not enough. As it stands, the Strategy does not deliver enough action to meet the UK’s emissions targets in the 2020s and 2030s. The Government’s policies and proposals will need to be firmed up as a matter of urgency – and supplemented with additional measures – if the UK is to deliver on its legal commitments and secure its position as an international climate change leader.

If the judge and the government interpret this as the committee thinking the 2050 target is “compatible with the Paris Agreement”, then the law is truly an ass.

– Support Plan B on Twitter and donate to its crowdfunder.