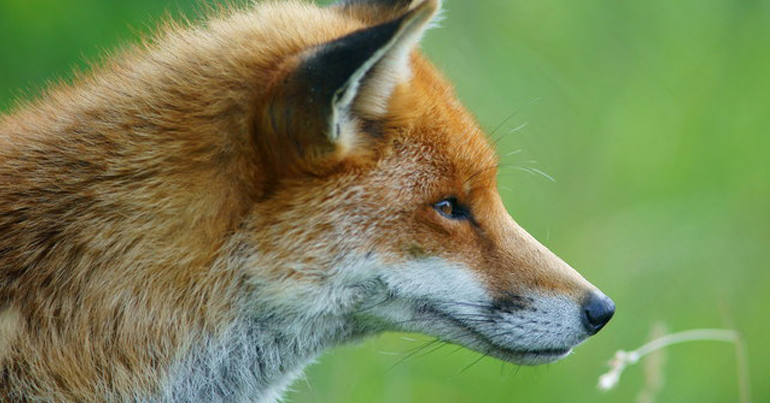 Hunting is banned both north and south of the Scottish-English border. The two laws both aim to end the pursuit and killing of wildlife by packs of hounds. They work differently from one another. But they’re both coming under fire for being ineffective, with public officials calling for changes to strengthen the bans.

Alison Johnstone, Green MSP for the Lothian region, announced a bid to ban all forms of mounted hunting in Scotland on 7 December. At present the Protection of Wild Mammals Act allows packs of hounds to ‘flush’ foxes out of hiding. The fox can then be shot by a marksman. The hunt itself can’t pursue and kill a fox.

But Johnstone joined the League Against Cruel Sports as it monitored the Lauderdale Fox Hounds on 20 November. After seeing the hunt chase a fox, the MSP said to Scottish charities newspaper Third Force News:

I was left in no doubt that the current law is failing to protect our wildlife. Hunting with dogs was meant to have been banned in Scotland in 2002, but this clearly has not worked.

The MSP also cited a failed attempt to convict two members of the Buccleuch Hunt. She highlighted the sheriff’s judgement that problems in the legislation led to the failure, saying this “reinforces the need for urgent change”. So, Johnstone now says that, if the Scottish government fails in committing to tighten the law, she will bring a member’s bill to impose a total ban.

Meanwhile, the police and crime commissioner (PCC) for Cheshire has called for changes to the Hunting Act. The law, which covers England and Wales, contains a number of loopholes that anti-hunting campaigners claim are being exploited by hunts.

An independent review into hunting across Cheshire ran from June until November 2018. The results were published on 5 December by Cheshire PCC David Keane, who commissioned the review. It concludes that Cheshire Police have been “thorough and professional” during investigations concerning the Hunting Act. But, in a press statement, Keane said the review also shows that:

current legislation in the way it is drafted presents challenges to investigators and prosecutors. As such, I will be speaking with Cheshire MPs to explore how such legislative change can be progressed through parliament.”

Hunting is still legal in Northern Ireland. But, right now, the rest of the UK has a real chance of ending this cruel practice completely.

Johnstone and Keane’s commitments show how problematic loopholes in both laws have been. It seems that, given an inch, hunts will often take a mile. As such, a total ban may be the only way to ensure both the Protection of Wild Mammals Act and the Hunting Act are properly enforced.