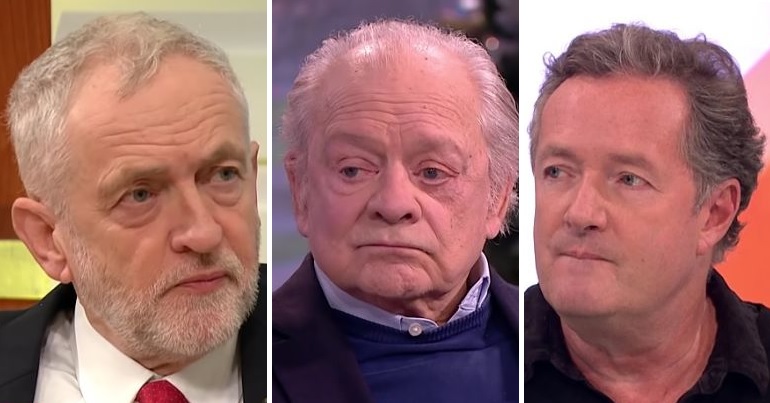 Jeremy Corbyn, David Jason – aka Del Boy – and Piers Morgan have joined forces with more than 50 public figures to challenge the Conservative government.

They have all signed an open letter calling on the government to fulfil a promise it made in 2015: to ban lion trophy imports. The letter comes as a campaign group revealed that, in the three years since Walter Palmer infamously murdered Cecil the Lion in 2015, twice as many lion trophies entered the UK as in the three years before the murder.

Following Cecil’s murder, the UK government vowed to ban lion trophy imports by the end of 2017 unless “there are improvements in the way hunting takes place in certain countries”. The Campaign to Ban Trophy Hunting says there have been “few if any changes made to practices around lion trophy hunting”. But the UK government has not made good on its promise.

So, over 50 high-profile names are calling on the government to do so. Signatories to the letter include presenter Sue Perkins, comedian John Bishop and musician Liam Gallagher. They also include political figures such as the Greens’ Caroline Lucas, Labour’s Chris Williamson, and Conservative MP Zac Goldsmith. It reads:

Hundreds of hunting trophies have been imported into the UK in recent years, including from species threatened with extinction such as elephants, lions, hippopotamuses, leopards, and rhinoceroses.

We believe that a global end to trophy hunting is desirable, and that nature tourism is a humane and more effective means of conserving wildlife and supporting local communities. We therefore call on the UK government to commit to halting imports of hunting trophies as a matter of urgency.

Time is of the essence too. As Campaign to Ban Trophy Hunting founder Eduardo Gonçalves said:

Scientists are saying that trophy hunting is directly contributing to endangered wildlife being pushed to the brink of extinction. Lions, elephants and leopards are among those species particularly affected. We may have very little time left to save them.

There are numerous reasons why hunting is threatening the survival of these species. Firstly, the numbers speak for themselves. There are only around 20,000 lions remaining worldwide. Yet trophy hunters killed 10,000 over the last decade. Clearly, lions will not survive at the current rate of slaughter for ‘pleasure’. Meanwhile, the people who shoot them often target the largest males. The trophy hunting campaign points out that this “can adversely affect the gene pool and reduce the average size of future generations”. It also makes survival of the young precarious. As Johnny Rodrigues, chair of the Zimbabwean Conservation Task Force, said after Cecil’s death:

The saddest part of all is that now that Cecil is dead, the next lion in the hierarchy, Jericho, will most likely kill all Cecil’s cubs so that he can insert his own bloodline into the females.

Furthermore, poachers kill adult lions to steal their babies and sell them to trophy-hunting farms. Poachers also pose as trophy hunters to continue their illegal trade.

As the open letter says, the practice is “cruel, immoral, archaic and unjustifiable”. It’s clearly cruel to animals and threatening the survival of a number of species. It’s also damaging to humanity. This, for example, is what people do on a ‘canned hunt’ [graphic content]:

Any 'hunter' who gets ANY sense of achievement from shooting a drugged up, almost tame Lion which is released into a fenced enclosure with NO means of escape is a complete waste of oxygen!!!!

The supposed ‘hunter’ in that video is taking pleasure out of shooting a drugged, caged and near motionless lion. That’s behaviour we’d expect from a monster. It’s the antithesis of human progress.

These cowards are indulging the worst side of themselves; the most depraved side of what humanity has to offer. And the government is complicit in that by allowing them to bring home the fruits of their hateful efforts.

It needs to ban this grotesque trade now. Not just for these beautiful creatures, but for all our better sakes.