A watershed moment is happening for millions of missing people - Canary 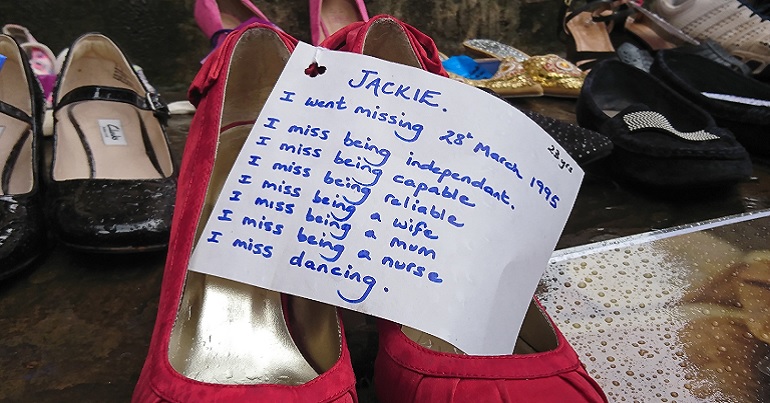 There will soon be a watershed moment for millions of chronically ill disabled people. Because what one MP described as a “medical scandal” will now face a full parliamentary debate.

Myalgic encephalomyelitis, commonly referred to as ME, is a chronic systemic neuroimmune disease. It affects an estimated 17 million people worldwide and around 250,000 people in the UK. While symptoms vary for every person, people living with it often experience:

But ME has been fraught with controversy. For decades (and often still to this day), the medical profession has not properly recognised it. People living with ME have been disbelieved, stigmatised, given incorrect treatment, or told it’s ‘all in their heads’. One SNP MP, though, is making moves for people living with ME.

Carol Monaghan and three other MPs have secured a debate in the House of Commons on ME. It comes after their submission to the Backbench Business Committee. It will happen on Thursday 24 January.

The debate comes after one in Westminster Hall that Monaghan held in June 2018. As The Canary reported at the time, MPs from all parties came together in their criticism of the treatment of people living with ME. One target of the criticism was a controversial study that forms the basis for NHS treatment guidelines.

In the UK, CBT and GET are still the NHS’s approved treatments under guidelines from the National Institute for Health and Care Excellence (NICE). NICE is undertaking a review of this. But this has proved controversial. Because as ME Action UK reported, among the people sitting on the review committee are a co-author of the PACE Trial and other contentious medical professionals.

In August 2018, over 100 academics and 10 MPs published an open letter calling for the PACE Trial to be reviewed. But as Monaghan previously told The Canary, there are other concerns over the PACE Trial:

Equally concerning was the revelation that the trial was partly funded by the DWP  [Department for Work and Pensions] and that key investigators had links to major health insurance companies. The results of this controversial trial have in some cases been used to sanction people living with ME.

You can read The Canary‘s full analyses of the PACE trial here, here and here. As I previously wrote:

The real world effects of the PACE Trial on people are horrific.

But the trial is just a part of the picture surrounding the scandal of ME. It’s a disease for which the medical and scientific communities still only have limited answers, and one around which accusations of wilful ignorance, neglect, and conflicts of interest blight professionals.

Monaghan’s debate is a groundbreaking moment. Not least because of its cross-party support, but also because it represents the first time ME and the scandal surrounding the disease will be properly discussed in parliament. This could be the beginning of a drastic change in fortunes for the millions of people blighted by ME, but also by the damage caused by the medical community.