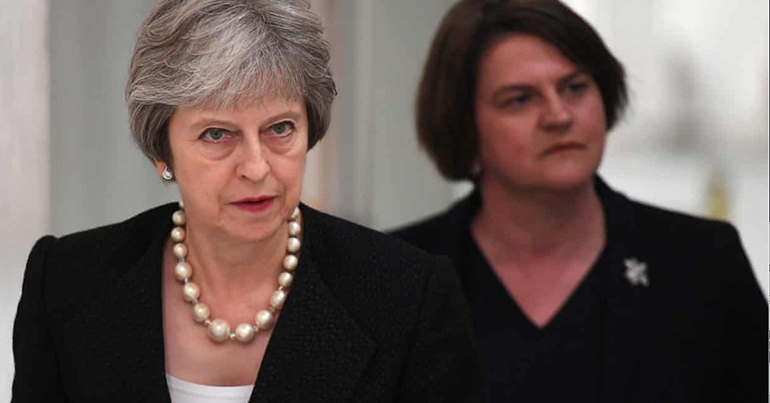 On 16 January 2017, then-secretary of state for Northern Ireland James Brokenshire announced the Northern Ireland Assembly would be dissolved. This followed Martin McGuinness’s resignation as deputy first minister a week earlier. McGuinness resigned because of the DUP’s botched handling of the Renewable Heat Incentive (RHI) energy scheme.

Foster and the RHI scandal

The Department of Enterprise Trade and Investment (DETI) ran the RHI energy scheme. The DUP’s Arlene Foster was the minister in charge at the start of that scheme in 2012.

The RHI was meant to encourage people to use renewable energy sources. But, as the scheme promised users £1.60 for every £1 spent, it was doomed to failure. It earned the nicknames:

But nicknames aside, this scandal could cost the taxpayer £700m. Finance minister Máirtín Ó Muilleoir of Sinn Féin announced an inquiry into the RHI scandal.

A whistleblower claims Arlene Foster was aware of abuse in the scheme in 2013. But the scheme continued nonetheless. Foster’s successor at DETI, Jonathan Bell, stated:

Hundreds of millions of pounds have now been overspent

But Bell claimed special advisers, and a “highly agitated and angry” Foster, ordered him to keep the scheme open. Bell says they ordered him to do so even though costs had spiralled out of control. He also claims Foster’s advisers attempted to remove her name from RHI documentation. Foster denies any wrongdoing.

Attempts to restore the Assembly government

Since the Assembly collapsed there have been attempts to restore it. All of these failed. Most notable was the failed attempt in February 2018, which collapsed at the eleventh hour. Sinn Féin blamed the DUP.

The DUP insisted it couldn’t support the inclusion of an Irish Language Act (ILA) in its agreement with Sinn Féin. But, as reported by The Canary, the Eamon Mallie website published documents that showed the DUP was prepared to agree to an ILA.

DUP and the wrong kind of records

Northern Ireland holds the world record for being without a functioning elected government. Although, as a devolved administration, it’s spared the embarrassment of the official record. But the DUP has now played its part in an actual record. On 15 January, it voted against Theresa May’s Brexit deal. It was the largest defeat in history for a sitting government.

One trick pony no more

The DUP is a one trick pony whose demands amount to Northern Ireland remaining in the UK. But that pony is keeping May’s lame duck government in power. And this trick could continue for another three years. It’s time for a general election.