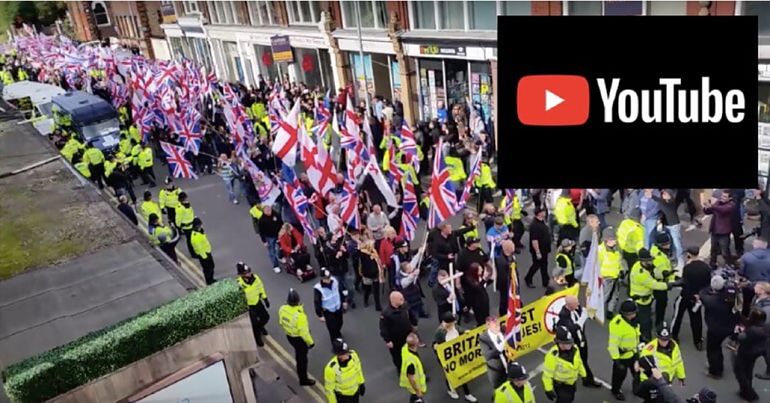 YouTube allowed a five minute, unskippable advert from Britain First to be played before videos about Brexit and British politics. The video showed the group harassing Muslims and had links directing users to its channel.

The ads showed Britain First leader Paul Golding and others harassing Muslim outreach volunteers in Nuneaton last year. The ad was five-and-a-half minutes long, and was not able to be bypassed before watching the actual video.

The unskippable adverts were placed before videos about Brexit and British politics. This is a serious concern in the fight against the anti-multicultural mood that’s infected the Brexit debate. The number of reported hate crimes soared by 123% between 2013 and 2018, with a record number of anti-Muslim attacks carried out in 2017. The home office noted “spikes in hate crime following certain events such as the EU referendum and the terrorist attacks in 2017”.

Misinformation peddled by the likes of Britain First no doubt influences the way people look at Brexit. A recent study found that 31% of Leave voters believed that “Muslim immigration to this country is part of a bigger plan to make Muslims a majority of this country’s population”.

The hate group is notorious for spreading anti-Muslim sentiment, so just how did these ads shape up to YouTube’s ad policy?

Content that incites hatred against, promotes discrimination of, or disparages an individual or group on the basis of their race or ethnic origin, religion, disability, age, nationality, veteran status, sexual orientation, gender, gender identity, or other characteristic that is associated with systemic discrimination or marginalisation

YouTube says free expression can be a “delicate balancing act”. However, it also asserts:

if the primary purpose is to attack a protected group, the content crosses the line.

Unfortunately, for a brief period, it seems the balancing act fell in favour of the far-right hate group.

YouTube does not allow ads or videos that promote hatred, intolerance or discrimination on the platform. We work hard to remove content that violates our policies quickly, using a combination of human flagging and review and smart detection technology.

We’re making progress in our fight to prevent the abuse of our services, including hiring more people and investing in advanced machine learning technology. We know there’s always more to do here and we’re committed to getting better.

The ads clearly violated the terms of service and were rightfully removed. However, that’s only solving half the problem. A simple YouTube search will find numerous Britain First videos that may violate the same rules.

Instead of removing the videos that break the rules, YouTube has instead placed a warning before each video. This means they’re still freely available to everyone; you just have to click a button to access them.

Commenting and sharing options have also been disabled, and there are no links to related content on the same screen.

Outright censorship is a dangerous place to go. However, videos and ads that break YouTube’s rules by inciting hatred should certainly be removed completely. Twitter and Facebook have taken steps to combat the spread of the group’s hate speech but YouTube is sadly lagging behind.