As the US prepares its latest coup, it's time to listen to ordinary Venezuelans - The Canary 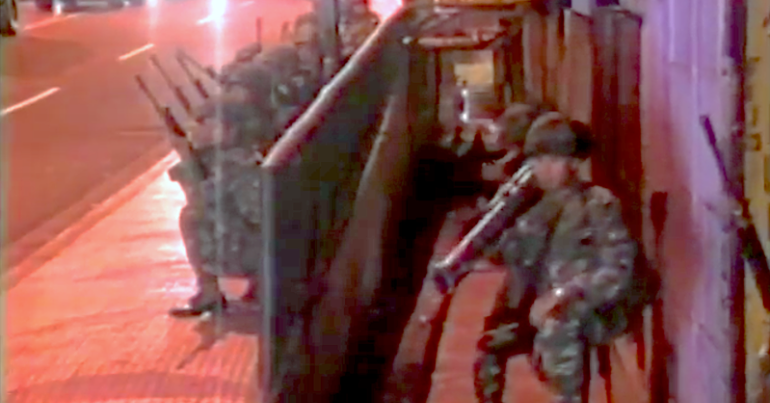 In recent days, the US, Colombian, and Brazilian governments have been pushing for the removal of Venezuelan president Nicolás Maduro. But as recent data shows, both Washington’s preferred alternative and US-backed intervention are deeply unpopular with the Venezuelan people.

So as the US prepares its latest coup, it’s time for us all to listen to ordinary Venezuelans.

US-backed opposition pushing for a coup

Opposition politician Juan Guaidó became president of Venezuela’s National Assembly on 5 January. The opposition has dominated the National Assembly since its overwhelming electoral victory in 2015. But like the US Democratic Party (which currently controls the House of Representatives), it is not the party of government.

Due in part to a divided opposition and low voter turnout (amid a serious economic crisis), Maduro won 2018’s presidential election. But with US support, Guaidó is now rallying to topple the president based on exaggerated claims of undemocratic behaviour.

On 15 January, for instance, US vice president Mike Pence told Guaidó that the National Assembly was “the only legitimate democratic body” in Venezuela. The Washington Post, meanwhile, has used Guaidó’s own words to call Maduro a “usurper” of power. And Time magazine ran with the headline How Juan Guaidó Could Turn Venezuela Back Toward Democracy.

But all that talk seems to come crashing down when we look at what ordinary Venezuelans think.

According to a recent poll seen by The Canary, the National Assembly is roughly as unpopular as Maduro. The poll – Encuesta Nacional Ómnibus – was published by opposition-aligned company Datanálisis in October 2018 and the study undertaken from 14 to 24 September 2018. Unsurprisingly, it found support for Maduro’s management of the country at 25.8%. However, support for the National Assembly’s management of the country was also very low – at only 25.3%.

Washington’s supposed concerns about corruption in Venezuela, therefore, seem to far outweigh Venezuelans’ own concerns. This is very important, considering that the US could not use the country’s economic crisis alone to justify intervening. In the words of Prof Steve Ellner:

Why do they [the US]

have to cherry pick with regard to what’s happening on that [alleged democratic violations] front. And the reason is that a difficult economic situation does not justify any kind of intervention… If that was your criterion, then you would be justifying intervention and sanctions throughout Africa, throughout Latin America, throughout the underdeveloped world.

Today, there seems to be no evidence suggesting that the National Assembly is any more popular than it was at the end of 2018. So as in past cases, ‘the only legitimate democratic body’ argument seems to translate as ‘the body most favourable to US interests’.

The OAS – which critics call “a vehicle for US influence” in Latin America – is now among Guaidó’s chief supporters. And on 11 January, OAS head Luis Almagro tweeted:

We welcome the assumption of @jguaido as interim President of #Venezuela in accordance with Article 233 of the Political Constitution. You have our support, that of the international community and of the people of Venezuela #OEAconVzla https://t.co/6MgJtbvMFd

Democracy and humanitarianism, however, don’t seem to be Washington’s global priorities. By sponsoring Saudi Arabia’s war on Yemen, for instance, the US is supporting one of the world’s least democratic states while exacerbating the world’s worst humanitarian crisis.

Those who really care about Venezuelan democracy must listen to the will of the Venezuelan people. And at present, they appear to overwhelmingly reject US-backed intervention.

Featured image via Government of Venezuela