By trying to remove 'no-deal', Jeremy Corbyn is the only one acting like a prime minister - Canary 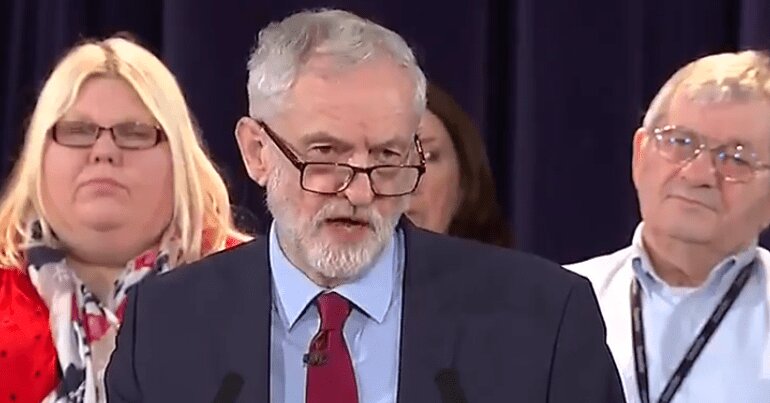 By trying to remove the threat of a no-deal Brexit, Jeremy Corbyn is the only party leader acting like a statesman. Theresa May finally approached opposition leaders after parliament rejected her Brexit plan by the biggest margin in history.

But the Labour leader has reiterated that ruling out a no-deal must be the starting point of the talks. In response, Lib Dem leader Vince Cable and many Conservatives accused Corbyn of ‘playing party political games’.

This makes no sense. Because Corbyn wants a general election, and the threat of no-deal increases the chance of that eventually happening. But instead of exploiting that, Corbyn is trying to reach a constructive compromise: Brexit with a permanent customs union to avoid a hard border in Northern Ireland and to give strong single market access.

The Lib Dems are a joke

By contrast, the Lib Dems and the Conservatives are happy to keep no-deal on the table. In fact, May’s flagship tactic seems to be to run down the clock towards no-deal in order to blackmail MPs into supporting her. And on 16 January, Cable had no problem holding talks with May, while no-deal remains on the table. That could be because the ‘cliff edge’ threat also increases the chance of the Lib Dem policy of a second referendum.

Cable then confirmed that his party would shield May from further confidence votes against her:

Since he appears to be determined to play party political games rather than acting on the wishes of his own members and MPs, he will no longer be able to rely on our support for further no confidence motions

The Lib Dems propped up the Tories for five years, so it’s no surprise they’re still committed to keeping them in power

Cable has no answers

The Lib Dems have also failed to clarify how their policy of a second referendum could go ahead. In accordance with Electoral Commission processes, a referendum needs around five months for question formulation and campaign time. And before that, parliament would have to agree that another vote is the way forward. Time for officials to prepare for the poll is also needed.

Five months plus time for Westminster to agree would take us over 23 May, the date European elections begin. European parliament Brexit coordinator Guy Verhofstadt has said that extending Article 50 (the process for leaving the EU) beyond then is “unthinkable”.

By contrast, a general election can happen in about six weeks. This is how long it took in 2017. And an election is the normal procedure for bringing about new parliamentary arithmetic. This is the root cause of the Brexit deadlock: there is simply no majority for anything in parliament.

With May still committed to her ‘red lines’ and the no-deal threat, Corbyn branded the offer of talks “simply a stunt”:

Indeed, May has only asked opposition leaders to get involved at this late stage. And she only phoned the leaders of the two largest unions on 10 January. These are not the actions of a prime minister who wants to build a genuine consensus.

In contrast, Corbyn ‘reached out’ to May in his Labour conference speech in September 2018, outlining the type of soft Brexit he thinks can pass through parliament. Fearing the Conservative hard-Brexit wing and her leadership contenders, May still seems determined to stick to her plan; even though it suffered the greatest parliamentary defeat of all time. That the Conservatives, and now the Lib Dems, are propping up such a calamity exposes the self-serving elite for what it really is. On the other hand, Corbyn is the only one acting in the national interest instead of running down the clock to increase the chance of a general election.