After 20 years of war, we're getting an Afghanistan inquiry. But it's not the one we need. - Canary 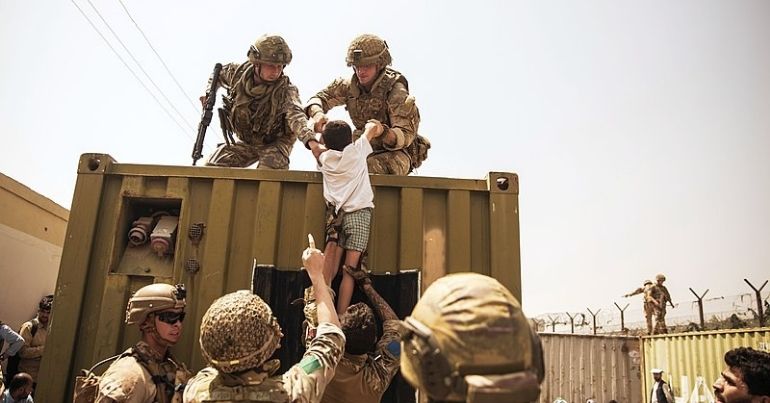 The UK Defence Committee has proposed an inquiry into the recent, messy end of the 20 year war in Afghanistan. The scrutiny body has laid out a series of questions it wants answered. But it’s far from the inquiry we need into the decades-long disaster.

The sheer speed of the Taliban takeover following our withdrawal from Afghanistan sent shockwaves across the world. After twenty years of war, the images of Taliban fighters celebrating victory on the streets of Kabul are sobering. It has been a dark and troubling time for the West and supporters of democracy and human rights worldwide.

Certainly the resurgent Taliban is no friend of human rights and democracy. But this isn’t the whole story. The scope of the inquiry will not extend to the legacy of human rights abuses carried out in Afghanistan by the West and its allies.

There is no mention in the proposal of the bombings, the night raids, the drone attacks or the Western-trained death squads – nor the huge profits made by arms firms during the war.

Defense stocks during the War in Afghanistan:

Military-industrial complex greed kept us in this war. It never had to be like this.

The questions proposed are very narrow in scope, often focusing on recent events only. It also covers whether the disaster will affect future UK wars and occupations. One question reads:

A key priority, then, seems to be the next war. Wherever that will be…

PM Boris Johnson has already rejected the idea of a proper inquiry, as The Canary reported recently. Yet other voices are demanding that the war is properly scrutinised.

Among them is former Labour leader Jeremy Corbyn. He challenged Johnson on the matter in the Commons on 7 September.

In response to his statement on #Afghanistan, I asked Boris Johnson if it was not "time for a full inquiry into the whole process that led us into Afghanistan and the whole notion of a foreign policy in which we intervene all over the world." pic.twitter.com/vAZqiNKI9d

Others have warned that there will be no accountability. Former military officer Frank Ledwidge is among them. And he said this was the case despite the Afghan war being more damaging than the Iraq War in “every respect”. He added:

Over the past 20 years, 457 members of the armed forces have been killed in Afghanistan – and thousands more ruined for life. We don’t count the suicides. We killed thousands of non-combatants in Helmand, and many more insurgents.

There can be no meaningful peace without justice. This is as true in Afghanistan as anywhere else. And that will never be achieved by another narrow inquiry which amounts to the UK warmongering class marking its own homework once again.