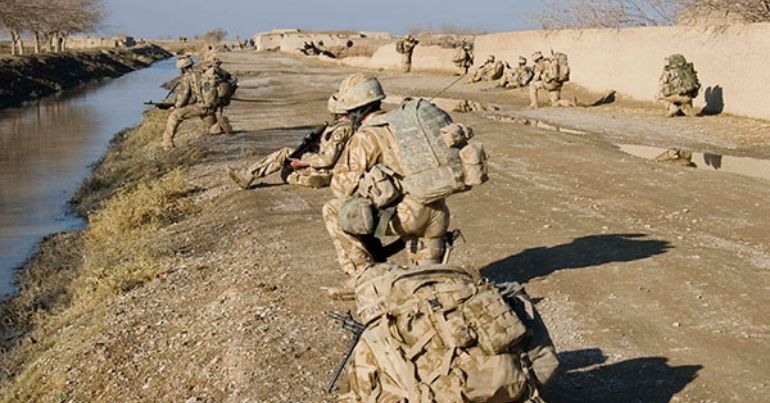 Boris Johnson doesn’t want an inquiry into the 20 year long Afghanistan war. In his withdrawal announcement on Thursday 8 July, he said:

I don’t think that that is the right way forward at this stage.

He added that internal investigations had already taken place and mentioned that the Chilcot Report into Iraq had cost millions.

Johnson had already told the Commons Liaison Committee on Wednesday 7 July that he would not comment until the planned announcement on Thursday. However, he did admit during the hearing that he was concerned about the security situation there.

He told the committee:

We have to be absolutely realistic about the situation that we’re in, and what we have to hope is that the blood and treasure spent by this country over decades in protecting the people of Afghanistan has not been in vain.

Meanwhile, the US withdrew the bulk of its remaining forces on 4 July – US Independence Day – in strange circumstances. AP reported that the military forces based at Bagram Airbase left quietly at night. And they didn’t even tell the local Afghan commander they were going. During the early part of the war, Bagram became notorious as a site of US torture.

The suggestion that the UK was ever in the business of protecting Afghans is, of course, contestable. But on the ground, the security situation appears to be spiralling out of control. Reports warn of a quick Taliban advance into new territory and cities.

The western city of Qala-i-Naw was the scene of fierce fighting on 7 July. Taliban forces reportedly captured the local police station before being beaten back by Special Forces.

Neighbouring countries are also concerned. Tajikistan closed its border and mobilised military reserves. Meanwhile Iran hosted talks between the Taliban and the Afghan government. Turkey and Russia also shut consulates in the city of Mazar-i-Sharif in response to Taliban gains locally.

John Chilcot led the last inquiry into a major war; in that case, Iraq. The Chilcot Report was announced in 2009 and was eventually published several years behind schedule in 2016. It was 2.6m words long and made a number of important findings. They included that the military action had not been warranted and that claims about Weapons of Mass Destruction, used to justify the assault, had been made with unjustified confidence.

Then-PM Tony Blair, who also led Britain to war in Afghanistan, faced withering criticism. But the inquiry had no legal powers to bring any of the Iraq War leaders to trial.

It remains to be seen if there will be an inquiry into Afghanistan. But if there is, the 20 year scope of the war is likely to make it even more complex than Chilcot’s investigation into Iraq.