The advert watchdog prioritised David Cameron over 22 experts. They've had to change their mind. - The Canary 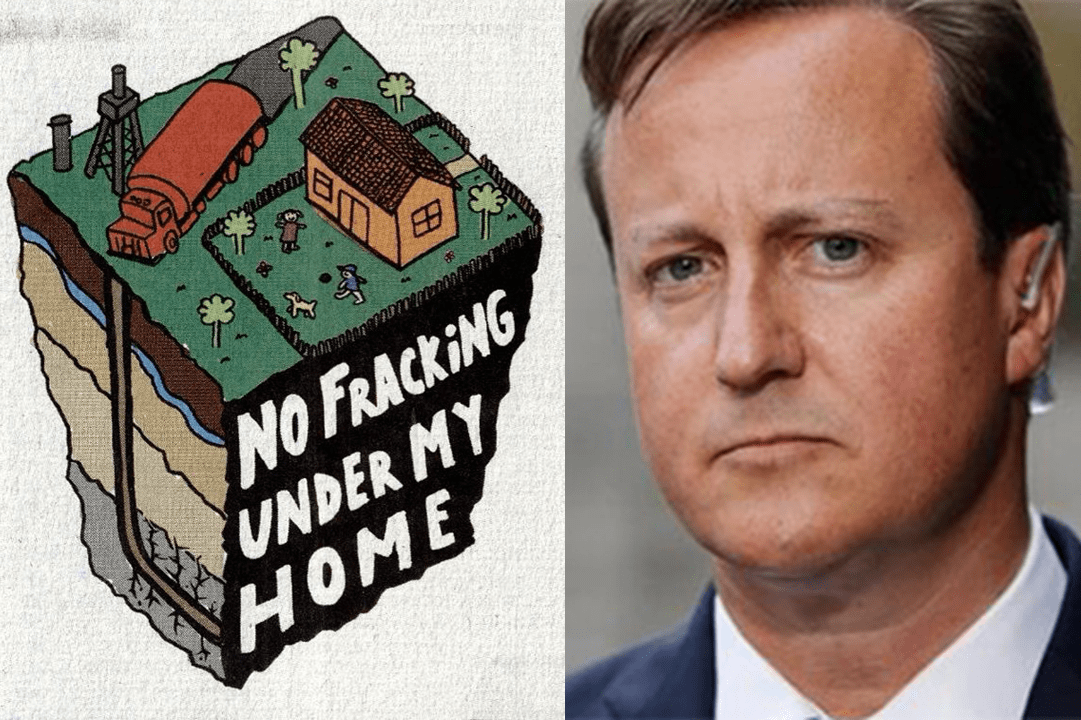 The UK’s Advertising Standards Authority (ASA) has admitted making a mistake when it banned a Greenpeace advert which claimed the introduction of fracking to the UK would not cut energy bills. The original verdict was criticised for appearing to give greater weight to the opinions of then Prime Minister David Cameron than it did to evidence from 22 experts.

The advert, which appeared in the national press, was ruled by ASA to be misleading in May 2015. This was the result of a complaint received from Lord Lipsey, who said that the energy bill claims could not be proved and were misleading the public.

But Greenpeace accused ASA of having displayed a conflict of interests in its original decision, which relied heavily on pro-fracking statements made by Cameron. Lipsey had previously been a member of the ASA council. He is also a member of the House of Lords Economic Affairs Committee (along with ardent climate change denier Lord Lawson), which published a report calling for greater government support of fracking.

Of greater concern to Greenpeace was that the chair of ASA, Lord (Chris) Smith, is also leader of an industry backed pro-fracking lobbying group called Task Force on Shale Gas. Greenpeace campaigner Louise Hutchins had this to say on the original ban:

An authority led by a fracking advocate has ruled in favour of a pro-fracking Lord merely on the basis of the opinion of an avowedly pro-fracking prime minister. This decision is baseless, biased, and frankly bonkers. We quoted 22 different expert opinions to back up our statement that fracking won’t bring down bills. The ASA could only find shale enthusiast David Cameron to defend the opposite view.

After an investigation carried out by an independent reviewer, the ASA council admitted it had made a mistake in upholding the complaint of Lipsey. The ASA ruling released on 21 September concedes that the greater weight of evidence supported that there would be no significant change in energy bills due to fracking. The ruling also said that the advert had not been “materially misleading”, and accepted the claim by Greenpeace that banning the advert had been a breach of their right to freedom of expression.

It is unusual for a decision to be reversed by ASA following an appeal. And Greenpeace UK’s fracking spokesperson Hannah Martin thought it was a humiliating climbdown for the ASA, saying in The Guardian:

This was a farcical attempt to stifle the crucial public debate on fracking, and it should have never happened…This U-turn is an embarrassment not just for the advertising watchdog but for all the industry advocates who keep touting fracking as the miracle cure to high energy bills.

This victory for anti-fracking campaigners will give heart to many other people also engaged in the struggle. Sajid Javid, the Communities Secretary, is soon due to announce a decision on planning applications by fracking company Cuadrilla (the same applications, for drill sites at Roseacre Wood and Preston New Road, which were turned down by Lancashire County Council last year).

Anti-fracking campaigners in Lancashire are preparing for action if Javid’s decision goes against them. Fylde residents have written a letter to the Queen and are planning a peaceful presence at Buckingham Palace on 27 September. And a Mr Frackman from Lytham, who changed his name by deed poll, has launched a crowdfunding appeal to fund a legal challenge to any central-government-sanctioned fracking in Lancashire.

– Read our other articles on fracking

– Support Greenpeace in their work protecting the environment for everyone