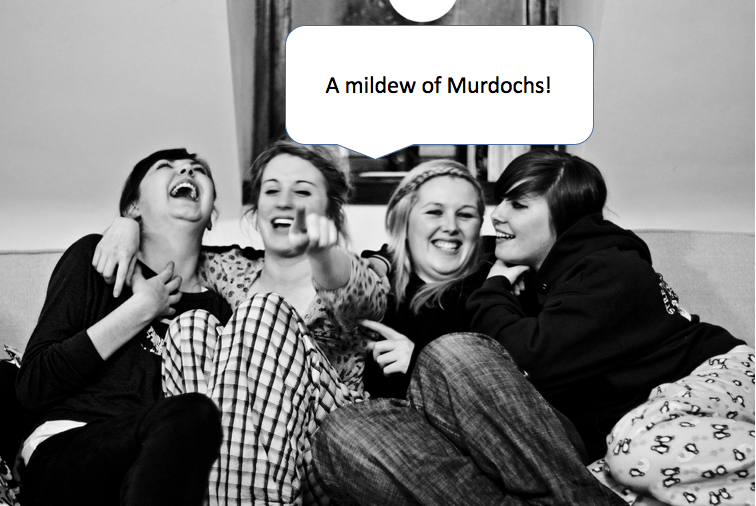 It all started out as a joke on Twitter, after a particularly gruelling day of dealing with more spin and nonsense from ‘journalists’ who should really know better. But then it turned into a genuine quest to find a more appropriate name for this truly shoddy intake of wannabe hacks occupying column inches in the online and offline media of Britain.

We need a new collective noun for this pathetic crop of hacks currently occupying our media. How about: an embarrassment of journalists?

You guys really didn’t hold back:

Anthropologist David Graeber got involved with some expert suggestions:

The Editor of Vox Political Mike Sivier and disability activist Rick Burgess worked some wonders around the theme of hacks:

No, because you and I are journalists. How about "A humiliation of hacks"?

a Chomsky of Hacks.

But one Twitter user seemed to nail the whole problem in one truly sublime sequence of characters. Prepare for the mic drop…

@georgegalloway maybe a jukebox of journalists? You pay your money and get the tune you want..

Despite countless suggestions, this one was impossible to top. Although I am still partial to ‘a mildew of Murdochs’, or ‘a slurry of journalists’.

The Media Reform Coalition published a report last year entitled: “Who owns the UK media?” It found that the UK media is dominated by a handful of corporations. Just seven corporations own 71% of the entire media establishment. This has narrowed the terms of acceptable debate in our media to an intolerably small space, where anyone outside of that sliver is deemed mad, bad and dangerous.

But at the same time, incredible new media organisations like Novara Media, Media Diversified, Media Lens, Evolve Politics, CommonSpace, Bella Caledonia, Real Media, and many others are taking the fight to the establishment. They have been ably assisted by an array of skilled and committed bloggers like Vox Political, Another Angry Voice, Pride’s Purge, and Politics and Insights (Kitty S Jones), to name but a few.

We are as flawed and imperfect as any group of individuals. But someone needs to start this fight, and those who’ve got involved have seen their work rewarded with millions of new, switched on, and passionate readers. As I have said before, it has felt as if during the last decade, we have all been witnessing the demise of politics, the welfare state, the NHS, and the media in gradually escalating horror. We have been looking over our shoulder to the hills, asking: ‘Where is the cavalry?’