Two brothers are driving endangered species to extinction - The Canary 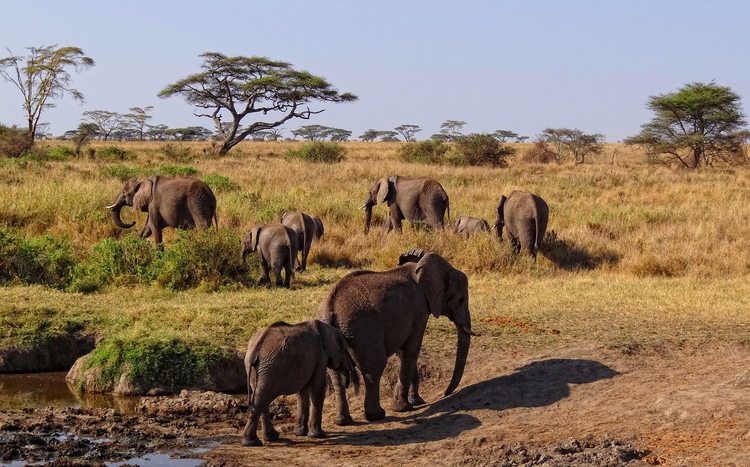 An investigation carried out by anti-trafficking group Freeland has revealed that two Vietnamese brothers, known as the Bach brothers, are key players in wildlife trafficking.

All eyes will now be on these two siblings.

Previously, international focus had been on a Laotian crime kingpin Vixay Keosavan, also known as the Pablo Escobar of wildlife trafficking. But Vixay and now the Bach brothers have only been identified very recently. Meanwhile, other kingpins involved in the trade remain unidentified and are practising business as usual.

The scale of the problem

A report released at a Johannesburg conference on the wildlife trade has found that African elephants have severely dropped in numbers; the worst decline in 25 years, in fact. Poachers are after their tusks, in order to meet the demand for ivory as a status symbol.

And it’s not just elephants at risk from poaching. Many endangered species are under threat because of their uses in traditional medicine. Indeed, The Guardian has highlighted that these crime kingpins play a central role in the mutilation and killing of tens of thousands of endangered species, including tigers, elephants, rhinos, and a number of smaller animals.

China, the largest consumer of ivory, has seen a decline in demand over the years, but demand has recently been growing once more. And a US-China deal was agreed in 2015 in an attempt to crack down on the country’s domestic ivory trade.

But this hasn’t hampered the scale of poaching operations and shipping of animal parts from southern Africa to Southeast Asia and China. For example, the ivory market has been increasing in Vietnam, due to increased tourism, corruption and cheaper prices.

Without a robust crackdown on the trade, poaching and trafficking could bring African elephants, and other animals, to the point of extinction. This would be disastrous. The loss of a single species in an ecosystem can have wide-ranging, knock-on effects – affecting local communities as well. Meanwhile, the disappearance of rhinos would cause drastic changes to the nature of the African savannah.

What should be done?

182 nations have signed the Convention on International Trade in Endangered Species (Cites), and they are now debating the future of endangered species threatened by a criminal industry worth $23bn a year. But while this global body regulates the international wildlife trade, it has no enforcement powers.

Some commentators argue that there is a distinct lack of international pressure to tackle this daunting issue. And it seems our leaders have been dangerously silent on the issue.

WildAid founder Steve Trent has called for more serious anti-poaching operations, undercover investigations, and high-profile prosecutions. Freeland and The Guardian are bringing the culprits to the attention of the world. The next step is prosecution – before it’s too late.

– Support Freeland to bring an end to wildlife trafficking.