A Tory plot to suppress vital information has been exposed, and it’s put us all in danger - The Canary 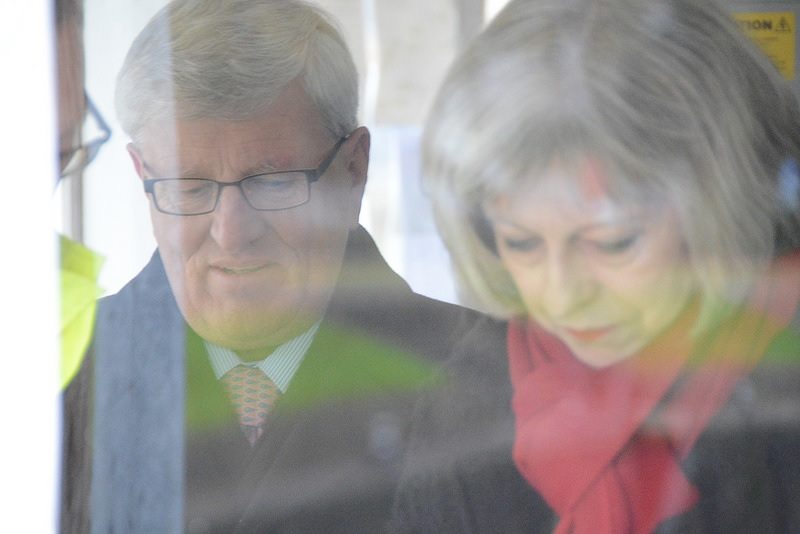 The Conservative government deliberately delayed the publication of a damning fracking report, new documents reveal. And that obstruction ensured a council had no access to its findings before it made a fateful decision on whether to allow fracking in its area.

The government stands accused of “dirty tricks” as a result of this discovery. And with the damage fracking can do, ‘dirty’ is the right word. Yet that’s not the only bad news that the government attempted to bury. Nor is it unrelated to other fearsome revelations we have seen in recent days.

The plan to override democracy

Greenpeace gained access to the documents through a Freedom of Information (FOI) request. They detail the email discussions officials were having about a fracking report by the Department of Environment, Food and Rural Affairs (Defra). While the government published a redacted version of that report in 2014, it was hesistant to release the full version.

Lancashire County Council requested to see it in June 2015, because it was due to make a decision on whether to allow Cuadrilla to frack in its area. Yet the newly released documents show that the then Energy Minister Andrea Leadsom suggested the timing of the release was crucial. An email from Leadsom’s private secretary read:

[Leadsom] suggests we do nothing before Cuafrilla’s [sic] planning decision if we have time.

Lancashire County Council made the decision to reject Cuadrilla’s fracking application at the end of June. The government released the full report on 1 July. Also, the documents reveal that the report was puposefully put out “quite late in the day – around 4pm”. Proper analysis of the report would be less likely at that time of day.

The government overturned the council’s decision in October 2016 and imposed fracking in the region.

However appalling, it is no surprise the Conservative government attempted to conceal this information from others.

Prime Minister Margaret Thatcher did exactly the same in the 1980s. Other documents released on 25 November show how Thatcher pursued a plan to dismantle the NHS, even though she was publicly denying it. The plan was shaped by a Treasury official from the Central Policy Review Staff (CPRS). It proposed compulsory private health insurance and private health providers. It explicitly stated:

[the plan] would, of course, mean the end of the National Health Service

A part of the CPRS plan was leaked, which caused a “cabinet riot”. And after that, Thatcher publicly distanced herself from it. But while she was openly repeating the mantra that the “NHS is safe with us”, covert discussions of that plan continued, according to the documents.

Ridng roughshod over democracy, and the planet

The fracking revelation is dangerous. Shale gas extraction has many potential risks. Contamination of local water supplies is one.

As Naomi Klein pointed out in her book This Changes Everything, methane emissions linked to shale gas are 30% higher than with natural gas. And she noted that “methane is an extraordinarily dangerous greenhouse gas, thirty-four times more effective at trapping heat than carbon dioxide”.

Furthermore, climate scientists have recently dropped a number of environmental bombshells. It was reported that the temperature near the North Pole is above freezing on 18 November. That is virtually unheard of. Scientists say the temperatures have been as much as 20C hotter than normal.

These “off the charts” temperatures are causing the Arctic ice to melt. And scientists have warned that the rapid ice melts puts us at risk of triggering several “tipping points” in the region. The breaching of those tipping points could have devastating consequences around the world.

Simply put, we do not have the time or natural resources for the government’s games. We should be ardently striving for solutions to the looming environmental catastrophe, rather than backing energy sources we know are dirty.

If this government won’t do that then, please, for the sake of the ground on which you stand, elect one that will.

– Understand what is happening to our world with Greenpeace.

– Email your MP to urge them to back green energy sources and credible climate change action.