A renowned artist lifts the lid on life at a British university, and it makes for shocking reading - The Canary 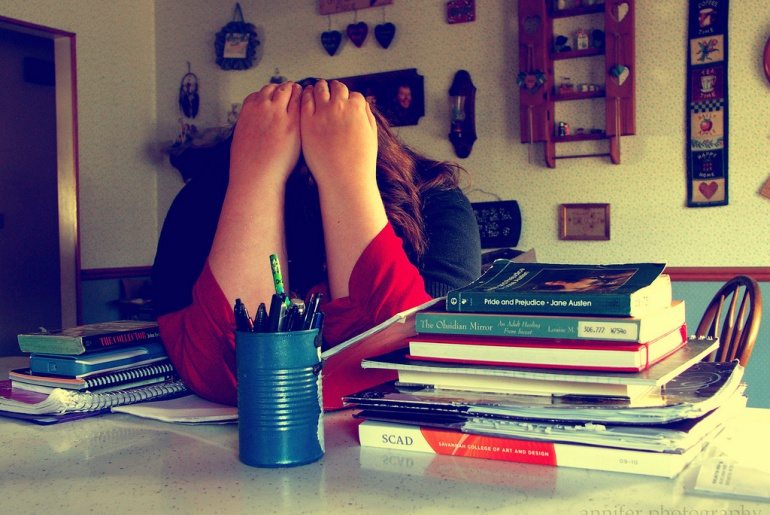 Renowned artist Tim Shaw has written a scathing letter attacking Falmouth University, where he studied and has been a fellow since 2013.

Falmouth University attracted controversy earlier in the year when it was revealed that the Vice-Chancellor, Anne Carlisle received a pay rise of nearly £60,000. This 25.1% rise which included pensions and benefits, gave her one of the highest pay rises of any vice-chancellor in the country, despite the fact that Falmouth only has 4,200 students. And it came at a time when lecturers were fighting a 1.1% pay offer. They branded Carlisle’s salary a “disgrace”, according to the BBC.

Carlisle’s salary attracted further criticism given the university’s location in Cornwall. Cornwall is one of the poorest places in the UK, with a GDP 75% below the average of other European areas between 2007-2013. Despite this, average property prices are £215,000, 10 times the average wage.

But as Shaw’s letter shows, the problems at the university go beyond the huge amount of money Carlisle is paid. He says the way the university is being run is affecting both staff and students:

I write this letter at a time when staff morale has for some time been extremely low. It is disturbing to listen to and read endless stories about how poorly staff members and students feel they are treated.

One senior member of staff has told me: ‘It’s no exaggeration to say that there is a general atmosphere of fear prevailing among staff at the university. Many are deeply concerned at what’s been going on, but very few have dared to speak out. Those that do so tend not to keep their jobs for very long.’

This view is backed up by a source at the university who spoke to The Canary. They said:

Staff are incredibly stressed and working under a culture of fear. Zero hours contracts are becoming commonplace in most departments. And staff are too scared to speak out for fear of their jobs. Some staff have literally vanished overnight, and colleagues and students aren’t given any further information. The assumption is that they’ve been fired but there is no clarity on this and colleagues are genuinely too scared to ask. The focus seems to be on staff compliance. This sits at odds in a creative institution that claims to be the number one arts university.

Students are also being affected by what’s happening. Undergraduate tuition fees at Falmouth are currently set at £9000 per year, and are expected to rise to the government maximum of £9,250. But, Shaw believes they are not getting value for money:

This extremely rapid growth is inevitably impacting on the experience of the students themselves. Several undergraduate courses, with year-groups that now number around 140–150 students, are surely at risk of having their reputations ruined by volume. Indeed, I understand that the students themselves have complained not only that their cohorts are too big, but that Falmouth itself has ‘too many students’ for a town of its size.

Another contact at the university told The Canary that some students felt they were treated “increasingly like a commodity”.

One of the courses that will go into cessation in 2017 is Contemporary Crafts. This gem of a course was developed over 20 years, from a BA in Ceramics into a course that brings together a range of disciplines, enabling students to work ‘hands-on’ with metal, wood, plastics, clay and glass. Many successful art and crafts-based businesses in Cornwall (and beyond) would not have come into being without the grounding that this course provided.

We feel our university is being stripped of its values as a diverse, creative institution that provides a whole range of different artistic platforms. Instead we are now getting a profit driven university that cares more about finances, employability and league tables than it does about the university experience.

But it has been the suspension of yet another course, the art foundation degree, that has led one former student to burn his degree and return the ashes to the university. Tom Stockley wrote a letter accompanying the ashes stating:

This week, it was announced that Falmouth’s Art Foundation Course is being shut down. It’s not the absolute end of the world – but it is another in a long line of decisions which benefit a few financially over the good of the community that support the institution.

It’s an act of solidarity with the families who can’t afford to live where they want to, the staff who’ve lost their jobs, the future students who don’t have a place and the ones who are told they aren’t ‘good enough’.

And he is convinced the decision was made because of a drive for profit:

I learnt a lot in my time at Falmouth from the people who put others first – a huge network of staff, local residents and creative people who supported me in my journey. But I learnt that this experience comes at a price – that, like our health and social care, many universities are governed by a business-centric callousness. It’s a prostitution of education at the expense of others that I no longer want to be part of.

Shaw agrees that it is profit-seeking that is closing courses:

This university, and indeed this country, will be much diminished if universities streamline everything to £ per square foot, maximizing profit before education. A successful arts university will always need courses where students have the space, time and resources to create physical artefacts, because in the end if we don’t value this then we will be left with a generation of computer-based operators who won’t know what it is to make things in actual as opposed to virtual reality.

Falmouth University has denied closing the course. It says, while it has been suspended, it could be reopened. Head of Communication at the university, Robert Hillier told The Canary:

It should also be noted that no final decision has been made about the long term future of the Foundation Diploma in Art and Design. Recruitment for 2017/18 has been suspended while there is a period of consultation.

The University is constantly looking at all its courses to make sure it is offering the best possible student experience both now and in the future. Foundation is currently being subsidised by other courses (that is to say, by other students’ tuition fees). As FE funding is facing greater reductions over the next five years, we anticipate that the course, in its current form, will only need more money from other courses – something that’s not acceptable at a time when students are investing more than ever in their education

It’s not just students and staff who are being affected by the actions of the university. Local communities in Falmouth and Penryn are feeling the impact of the drive to recruit increasing numbers of students. Shaw writes:

The reputation of the university in the town is also at a low-ebb, with its management being seen as pushing for expansion in student numbers in a way that damages the fabric of life in Falmouth. There are widespread reports of housing stock being taken over by developers and landlords and turned into (often sub-standard) student accommodation.

Chair of the Save Our Falmouth group, Kate Thomas stated:

There has been such a rapid expansion over the last ten years. The locals have been evicted out and students are paying higher rents to stay in family homes.

Robert Hillier, Director of Communications for the university responded to Shaw’s letter, telling The Canary that Shaw:

did not approach anyone in the senior management team at Falmouth to raise concerns and has made a number of wild accusations which are wholly inaccurate and without evidence.

And Hillier dismissed the idea that the university wasn’t committed to funding art and design courses:

There have never been more students studying art and design courses at Falmouth University in our entire 114 year history. This year we have invested £2.5million in the Falmouth campus – the home of the Falmouth School of Art. To suggest that we are not committed to art and design simply does not fit the facts. It is offensive to the amazing staff who work so hard to deliver these sector leading courses, and the students who produce stunning, creative work.

Despite the claims The Canary has received from staff and students, Hillier stated:

In our last staff survey (anonymous) 89% said they felt proud to work here. Our overall satisfaction score in the National Student Survey is 86% – up nine points from 2011.

Finally, Hillier denied that the university was being run for profit:

It is unclear what is meant by ‘profit’ in terms of how any UK University operates. Money is invested in world-class facilities, teaching and enhancing the student experience.

But, as Shaw points out, questions need to be asked:

Is the present CEO the right person to be leading this university into the future? Is this leadership respected within the university? Is it inspiring the university’s staff and strengthening their dedication?

And with students, staff and the local community all raising concerns regarding the university, these are questions that desperately need answering. Moreover, as tuition fees across the county continue to rise, we all need to seriously examine whether we want our universities to be places of education and inspiration or profit-driven businesses.

You can read the full letter here:

This article was updated on December 6 to reflect that comments about Vice-Chancellor Anne Carlisle’s salary include her pension and benefits. This makes her pay rise one of the highest out of any vice-chancellor rather than being one of the highest paid vice-chancellors in the country as was previously stated. It was further updated to reflect that the claim about lecturers branding her salary “a disgrace” was according to the BBC.

– Sign the petition to save the foundation art degree.

– Support Save Our Falmouth.