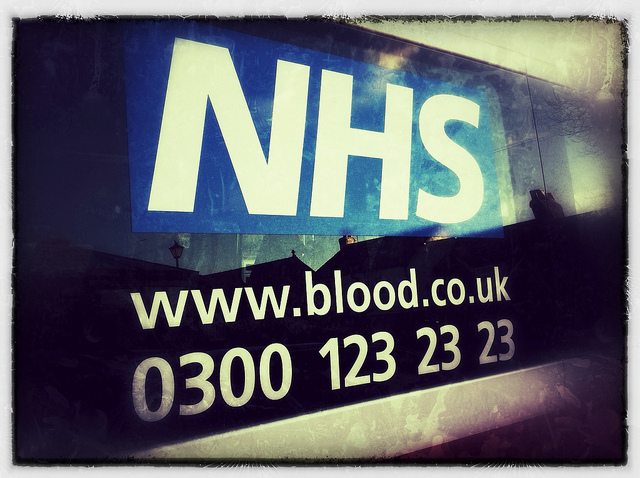 A debate on the long-running tainted blood scandal has opened old wounds. MPs have slammed the government’s plans to support the victims of a devastating blood scandal through a privatised scheme. This is a problem because the scandal originally resulted from the profit-making motives of private medical companies.

On Thursday 24 November, MPs took part in a House of Commons debate. The debate centred on the reform of support arrangements for people affected by contaminated blood and blood products. It also related to the victims of the ‘tainted blood scandal’ that originated in the 1970s. A scandal which which has left a legacy that has now spanned five decades.

Diana Johnson, MP for Hull North, led the debate to move that the House “recognises that the contaminated blood scandal was one of the biggest treatment disasters in the history of the NHS”. Johnson had concerns about the financial support provided to victims and their families, and the differing schemes available across the UK. Private sector management of support is something else that Johnson objected to.

The ‘tainted blood scandal‘ is a legacy of the NHS from the 1970s and 1980s. Blood clotting products imported from the US have contaminated 5,000 haemophiliacs with Hepatitis B and HIV. Furthermore, around 2,000 have died and many more are terminally ill.

Lord Archer headed the only inquiry to have taken place so far, in 2007. The inquiry was privately funded. And it only happened after a 19 year campaign.

After its two-year inquiry, it found that US suppliers were greatly responsible for the tragedy. Primarily because commercial interests were prioritised over patient safety. Suppliers mostly used ‘skid row‘ donors from prisons who were at greater risk of disease. He secondarily placed blame on health services. There was the option to eliminate any potential disease from blood products by heat treating them. This was not done until the 1980s.

No government has ever offered a public inquiry, and the victims have accused the government of a cover-up. In particular, the disappearance of several critical documents – which would pinpoint exactly when the NHS became aware of the risks of the imported blood and how they warned potential victims  – have caused concern. It also seemed highly unusual that the government decided to award compensation without an actual court procedure to determine negligence.

There are five different trusts that currently provide support to blood victims. There are plans to merge these into one single trust administered by a private entity by 2017.

I am deeply troubled by the fact that the administration of the new body looks likely to be done by a profit-making private company. . .

No Health Minister has had the courtesy to tell the all-party group of these plans, nor were the beneficiaries asked for their views about this in the survey done in January. Even the Department’s response to the survey, which was published in July, made absolutely no mention of such a prospect. Alongside hon. Members on both sides of the House, I cannot support proposals to contract out provision to Atos or Capita.

Let me remind the House how many in this community were infected in the first place. Many contracted HIV and hepatitis C from American blood products supplied by profit-making private companies. The United States, unlike the UK, has always allowed the commercial purchase of blood products, and those products were often donated by people who desperately needed money and were willing to be less than honest about their chances of infection. This is the reason why so many in the affected community harbour such distrust of private companies.

Johnson believes that contracting commercial companies will undermine the scheme.

There are some things actually that are important that they are publicly owned and publicly run and dealt with and this is one of them.

Health Minister Nicola Blackwood claimed that any potential problems have been taken into account:

concerns about trust and the history of this situation will be well understood by all those involved in the design.

Several MPs have fought for clarity on this scandal. Many of them have constituents who have been affected by the scandal.

Catherine West MP called for “individuals to be held to account”. In 2012 her constituent Nick Hirsch died after contracting Hepatitis C from the infected blood. And around 315 patients at Hampstead’s Royal Free Hospital were also infected with either Hepatitis C or HIV between 1979 to 1985.

West also believes that officials knew about the contaminated blood before they took action.

Johnson believes that the government should initiate a ‘Hillsborough style’ panel to understand what had happened. This would allow victims to tell their story.

Prime Minister Theresa May has said in the past she would consider an investigation. But the tender for the single administration body is going ahead. There is justifiable concern from the people campaigning for answers. Reckless profiteers caused this problem. The idea that it will be solves by a company which intends to turn a profit from the situation does not sit easily.

– Find out more about the tainted blood incident at taintedblood.info and find out how you can help.