Russell Brand and Tim Farron have just one thing in common, and that's who they're sleeping with - Canary 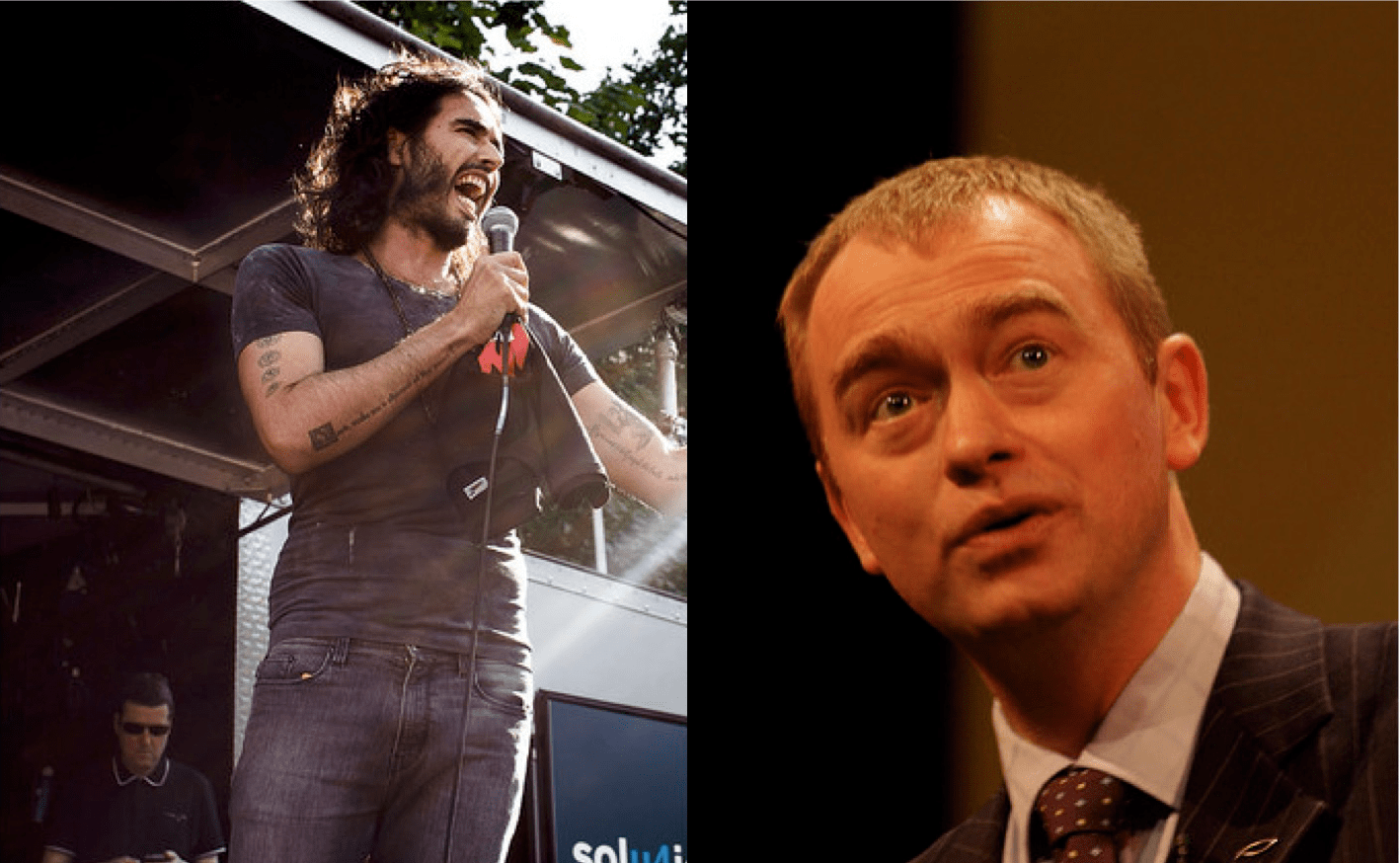 On Thursday 24 November, an estimated 1,000 people camped out for the night in London with no more than a sleeping bag to raise awareness for youth homelessness charity Centrepoint. A number of ‘Sleep Outs’ to support pro-homelessness charities are taking place throughout the rest of the year and a number of public figures will be supporting them. Lib Dem leader Tim Farron joined London’s sleep out last night, and Russell Brand will be cheering others on in December.

The big ‘Sleep Out’

And they kept the crowd quite entertained:

It's reached that time in the evening… @colinsalmon24 keeping everyone warm with some #SleepOut karaoke! pic.twitter.com/tHPz2w6cuu

But keep in mind that they’re enduring for one night what others experience each and every day:

As we bed down at #SleepOut, thoughts turn to the young people who resort to desperate measures to avoid a night on the streets: pic.twitter.com/9EPodQPA4Q

And as they awoke the next day, generous volunteers served them breakfast:

The lovely RAF team serving up breakfast at #SleepOut! pic.twitter.com/yb3WQdyCWP

The challenge for this team is over, but for so many more, it continues:

Challenge finished but for many young homeless the challenge continues. Thank you @centrepointuk for the amazing work you do #sleepout pic.twitter.com/HgfF13EY5n

There are many reasons why young people end up on the streets. It could be to do with violence or drugs, family breakdown, or mental health issues. But structural issues like unemployment, benefit changes, and existing poverty also play a part. And each year, around 150,000 young people approach their local councils for help. But around one third are turned away.

One of the things Centrepoint does is to accommodate young homeless people between the ages of 16-25 for up to two years. It then supports them for a further six months and ensures they get education, training, and a job. It is one of the many homeless charities that are filling a gap that local councils do not have the resources to manage.

The London Sleep Out was one of a number that were taking place around England at the same time, for various homeless charities. Russell Brand will be joining the Slough Homeless Our Concern (SHOC) ‘sleep out’ on 2 December. And the sleep outs will be continuing up to Christmas. It is, after all, the perfect time of year to consider just what some will be going through, during the cold winter months to come.

– Join a sleep out and keep up with the what’s going on on Twitter.

– Write to your MP to raise concerns about local council budget cuts or other issues that cause homelessness.