A vote to ban hunting on a conservation group's land has lost. And by less than 300 votes [TWEETS] - Canary 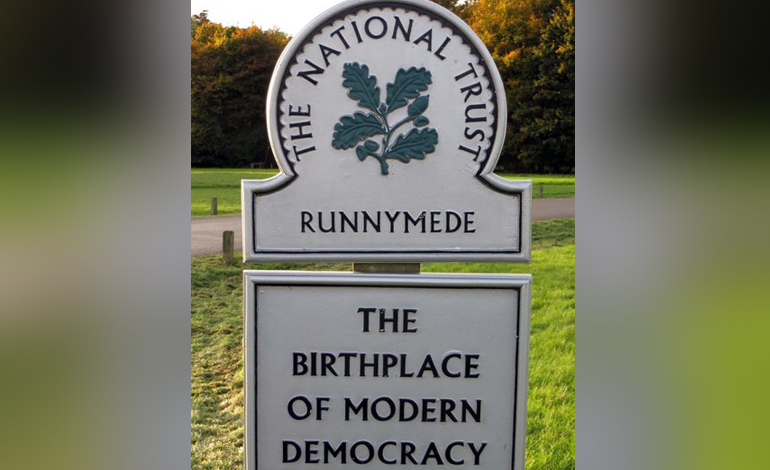 The National Trust has decided to allow trail hunting to continue on its land. The practice, which claims hunting hounds follow an artificially laid scent, was proposed for banning from National Trust land in August. And of more than 60,000 votes, the outcome was determined by a margin of just 299. But anti-hunt campaigners aren’t giving up.

The vote was held at the National Trust Annual General Meeting (AGM) on 21 October, where members were able to vote in person. And if a member was unable to attend the AGM, it was possible for them to nominate a proxy.

Some of these were “discretionary” proxy votes, meaning the decision to vote for or against the ban was made by a nominee rather than directly by a National Trust member.

And it is these discretionary votes that have caused commotion:

1/2 Vote results are https://t.co/OeeD7ew430 members voted AGAINST the motion for hunting to be banned on #nationaltrust land pic.twitter.com/NrSEZ2kFlq

Votes cast directly by National Trust members at the AGM supported banning trail hunting from its land by 28,629 to 27,525. But 3,460 discretionary votes were cast in favour of continuing the practice compared to 2,057 against. And combined, this meant votes against the ban won by just 299 votes.

“Open to such abuse and bias”

Those in favour of the ban are questioning these discretionary votes. Many of these votes are made [paywall] by the organisation’s trustees. And the National Trust has said that most of these votes were cast by its chair, Tim Parker:

But many National Trust members have come out in fury at the result and the way it passed, including Helen Beynon, the member that proposed the motion:

Not a safe system. Open to such abuse and bias. What answer to the questioner who asked why she came to find her vote had already been cast? https://t.co/gfAPEvp8S9

@NT_Distrust @nationaltrust We will not be re-joining the National Trust ever. Your total disregard for the welfare of British wildlife is disgraceful. Discretionary vote…? What a sick joke.

And this is not the first time that votes by a National Trust chair have been questioned. In 2013, a vote was held on using badger vaccinations as part of a program to control the spread of bovine TB. The motion failed and a vaccination scheme wasn’t taken up at the time.

A total of 7,808 voted for a badger vaccination scheme while 6,583 voted against. But 2,111 discretionary votes were used by then-chairman Simon Jenkins to bring the total against the scheme to 8,694.

Warnings from the past

Warnings of a repeat were highlighted by anti-hunt group National Dis-Trust during the run-up to the vote on trail hunting. In July 2017 it said:

We need your help to make sure that the board do not pull a similar stunt by recommending opposition to the resolution.

Prior to the vote, the charity’s Trustees had recommended that the activity should be allowed to continue after recent improvements in licensing conditions to further safeguard conservation and access on the Trust’s land. … We are pleased members have had the opportunity to debate this issue and have voted to support the Trustees’ position.

In 2015, the International Fund for Animal Welfare published Trail of Lies, which investigated 443 reports of trail hunting over 10 years following the hunting ban. It concluded [pdf, p193] that in 99% of hunts “no potentially genuine trail laying was witnessed”.

And Beynon said of her own first-hand experience of trail hunting that she was “appalled to see how loopholes in the law were being exploited”.

But anti-hunt campaigners are talking about gains that have been made despite the loss. They highlight changes to licences brought in after the motion’s proposal that include publishing dates and locations of hunts and the restriction of terriermen – who dig foxes out of the ground – on National Trust land:

Please join us to monitor hunts on @nationaltrust land – the NT have said they will be providing dates & locations of hunts for this purpose pic.twitter.com/UTb2zSIvqb

Don’t forget: no fox scent trails, no terriermen and meet details to be published in advance. Best get retraining your dogs! #TrailHuntLies

From their position nothing will change… Except terriermen will be banned which is a tiny step forward https://t.co/ERx52EgCFk

A complete ban has been lost. But as hunts up and down the country begin their main hunting season over the coming fortnight, people across the country remain committed to fighting the traditions of a cruel minority.

– Check out the League Against Cruel Sports for more about this campaign.