Nigeria could be about to defeat polio for good. How they're doing it, is a lesson for us all - Canary 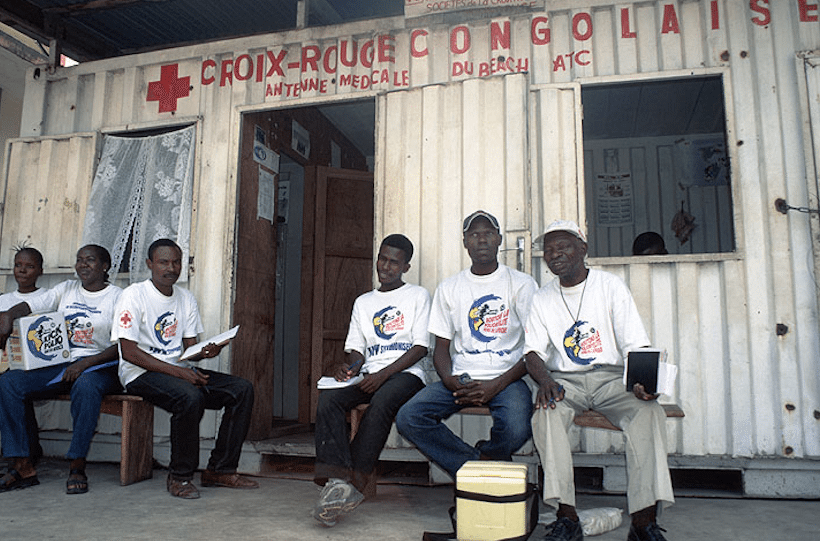 The World Health Organisation (WHO) has announced that transmission of wild poliovirus has been interrupted in Nigeria, bringing the country ever closer to being certified polio-free.

Before a country can be certified clear of polio by WHO, they must be free of the virus for at least two years. Things are looking hopeful; Nigeria has not reported a case of wild poliovirus since 24 July 2014. Yet just three years ago, Nigeria accounted for more than 50% of all polio cases worldwide. How did this incredible achievement in public health happen?

Firstly, there has been a drive to encourage the eradication of the disease. This was not piecemeal, but a united effort by government, religious leaders, NGOs and dedicated health workers on the ground, who have come together to help defeat polio. This played a huge part in achieving the next important shift, which was the public’s acceptance of much-needed immunisation efforts.

Gaining the public’s trust and willingness to comply is vital when delivering public health campaigns. This is especially the case with vaccination programs, where health professionals are mainly targeting healthy people. If there are issues, rumours can spread which often leads to rejection of health interventions.

Nigeria’s challenges in gaining its citizen’s trust for mass immunisation should not be considered in isolation, but rather in the context of the geopolitical struggles facing the region at time. In the 1980s, President Babangida’s government adopted a population control policy that set a limit of four children per woman. Some people associated this policy with the sudden push for immunisation, believing that these vaccinations was in fact a way to exert further control on citizen’s reproductive freedoms.

Until 1999, the north had ruled for over 30 of Nigeria’s 46 years of independence. With the dawn of democracy in that year, power shifted to the south. These changes have created political tensions between the south and north. Both parts of Nigeria had different colonial experiences. While the north is mainly Muslim, the south was colonised by Britain. These colonial experiences resulted in the north and south having different attitudes to modern medicine.

It was these exact differences which were inflamed when polio vaccines were the subject of a boycott by political and religious leaders in the North, warning parents not to allow their children to be immunised, until it was confirmed that these medicines were safe. Some argued that the vaccines could be contaminated with anti-fertility agents, HIV, and cancerous agents, and some believed this was part of a Western plot to make Muslim women infertile. Suspicions of this kind may have been caused by high-profile controversies such as Pfizer’s 1996 ‘Trovan trial‘ in which the company was accused of testing new drug in Nigeria without ethical approval.

Another factor that may also have played a role in the boycott was people’s response to ‘aggressive’, ‘door-to-door’ approach to mass immunisation. A report for USA publication The Baltimore Sun noted that:

“The aggressive door-to-door mass immunizations that have slashed polio infections around the world also raise suspicions. From a Nigerian’s perspective, to be offered free medicine is about as unusual as a stranger’s going door to door in America and handing over $100 bills. It does not make any sense in a country where people struggle to obtain the most basic medicines and treatment at local clinics”.

Innovative approaches, such as increasing the involvement of citizens and community leaders ‘on the ground’ in vaccination efforts, relying on local insights and knowledge and the establishment of Emergency Operations Centres at the national and state level, have helped citizens to trust in a health programme that is built in partnership with them, rather than imposed upon them.

Vital also was the sustained support and commitment of donors and development partners internationally, along with continued domestic funding from Nigeria’s own government.

Now, over 200,000 volunteers have repeatedly given vaccines to more than 45 million children under the age of 5 years. This more inclusive, community-driven approach has arguably been pivotal to Nigeria’s success.