Will the US finally condemn its own blockade of Cuba? - The Canary 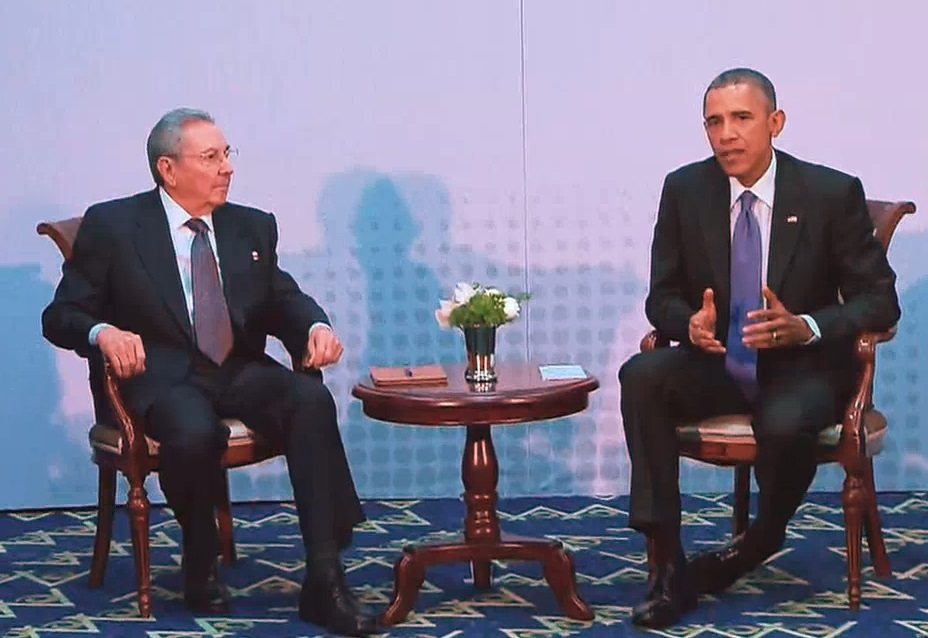 Despite the renewal of diplomatic relations between Cuba and the US, announced in December 2014, and the subsequent removal of Cuba from the US list of countries designated as State Sponsors of Terrorism, the blockade remains in place.

An upcoming vote at the UN, condemning the continuing US sanctions against Cuba, will provide further indication of whether there is real interest in making life better for Cubans, or if this is just a different way of presenting imposed regime change on the sovereign Republic of Cuba and its people.

If you look west, away from the crises happening to our east and the human suffering which is being caused in the name of democracy and regime change, it seems that there is considerable excitement about the new era of diplomatic relations between Cuba and the United States, after over 50 years of impasse, hostility and critically, blockade and sanctions.

Look a bit deeper and you start to see that the first steps towards ‘normalisation’ have been taken: embassies opened in each of the countries, the US easing its sanctions on its citizens travelling to the island, Pope Francis flying direct to Washington from Cuba, and President Raúl Castro attending the United Nations General Assembly in New York in September 2015.

But they are baby steps. Some trade agreements have already been negotiated, notably in potential joint research into the Cimavax lung cancer vaccine. What is not, however, being highlighted is that ‘normalised’ relations are not possible while the US maintains its blockade of its neighbour.

The upcoming UN vote is worth watching out for. There is an opportunity for the Obama administration to vote with most of their allies and join the international call to end the blockade. Senator Marco Rubio, a voice of the anti-Cuba lobby industry, suggests that the US president would be ‘putting international popularity ahead of the national security and foreign policy interests of the United States.’ Maybe it’s time to focus on how out of line the US blockade of Cuba is in terms of international platforms. The last 23 years have seen up to 188 votes in favour of ending the blockade at the UN, with just two ‘no’ votes coming from the US and Israel, with 3 outlying groups of Pacific islands abstaining.

It might be a bit much to expect Obama’s administration to vote to end the blockade, thereby contradicting the US’ own laws and coming head-to-head with Congress. An abstention from the US, albeit rather absurd, would likely be more acceptable to anti-Cuba lobbyists than an expressed vote against maintaining the blockade. However, if the US really care about making life better for Cubans, decisive action to end the blockade with a congressional vote is the only outcome that is really going to make a difference. That would overcome one normalisation hurdle. Although the stand-off continues over Guantanamo, the return of which is being demanded by Cuba, but which the US has said is not up for negotiation.