A woman has alcohol poured over her on a train and no one helps, because she's Muslim - Canary Workers’ Co-op 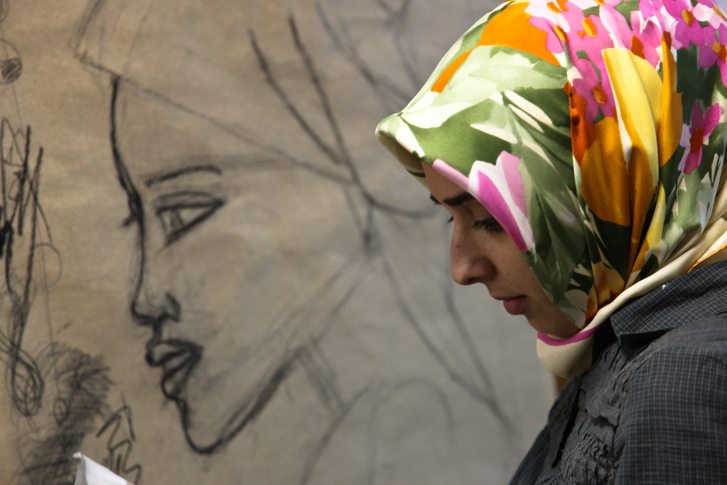 A woman had alcohol poured over her whilst travelling on a train and nobody came to her aid. “People were watching but they ignored it. No-one wanted to help,” she said. This woman had a visible Muslim identity; had she been white and not wearing a headscarf, there is little doubt in my mind that someone would have gone to intervene or at least attempted to comfort her after the attack.

Anti-Muslim hate crime is going unchallenged in the UK, both in real life and offline, leaving people vulnerable to injury and distress. This is according to an evidence-based report from Birmingham City University and Nottingham Trent University that is being launched in Parliament later today (Monday 12 October 2015), which lays out actions for Government and British society.

Participants in the interview-based study are living in fear because nobody is prepared to step up to defend them in situations where, we assume, white citizens can expect the support of their fellow human beings. This speaks to a pernicious anti-Muslim attitude that has been infecting British culture since the 9/11 attacks on the World Trade Center in New York. This has to stop.

Another research participant described the lack of assistance when travelling on a bus: “A man shouted to me and my Muslim friends, ‘You are terrorists, I’m gonna come to the back of the bus and stab you’. I told the bus driver and asked him to stop and call the police but he refused.”

The study involved 20 in-depth interviews with British Muslims who had reported their experiences to Tell MAMA – an independent non-governmental organisation that provides a nationally coordinated means of reporting anti-Muslim incidents – and were typical of the 548 verified incidents reported over 12 months in 2014-15.

The reported incidents are almost certainly a gross underestimation of the problem as many Muslims are reluctant to report hate crime for fear of not being taken seriously. For Muslim men, there is also the concern that people will perceive them as ‘weak’. One interviewee described how his work colleagues had locked the room where he was praying and in another incident he had his beard pulled. He said, ‘I actually went in the car and cried’.

Many of the incidents reported to Tell MAMA are happening online, in the world of Social Media. These often constitute threats of violence and participants live in fear of these threats being enacted upon them in real life. In one case, a female participant had an image of her redistributed on Twitter with the caption ‘You Burqa wearing slut’ and in another case the perpetrators found the address of the victim and threatened her with violence.

These hate-crimes leave a terrible legacy for the individuals, one interviewee said ‘I cried a lot. I’m not going to harm anyone but people hate me because I wear a headscarf! Why!’ Another participant added ‘I don’t feel confident’.

Victims of these crimes feel alienated and isolated, which can lead to breakdowns in community cohesion and exacerbation of the problems.

I have personal experience of this, not as a Muslim, but as an ethnically Jewish teenager in a mainstream rural comprehensive school during the 1990s. I was told I ‘should have been gassed with the rest of them’ by my peers. And my Religious Education teacher gleefully exclaimed that I was ‘SO lucky to be Jewish – Jews are so good at business, so good with money – you are just so lucky’. I didn’t feel lucky. I felt ‘othered’ and isolated, and wrong.

We have to speak out when we see or experience hate-crime – the police and the justice system and the government need to know just how badly many British people are being treated in their own towns, schools, and work places.

If you see someone being abused because they are Muslim, or Jewish, or black, or gay, or disabled, or whatever, call the police. And when it’s safe, let them know they are not alone and that you care that they were abused. You might just make a difference.