Humans prefer stupid when it comes to artificial intelligence - Canary 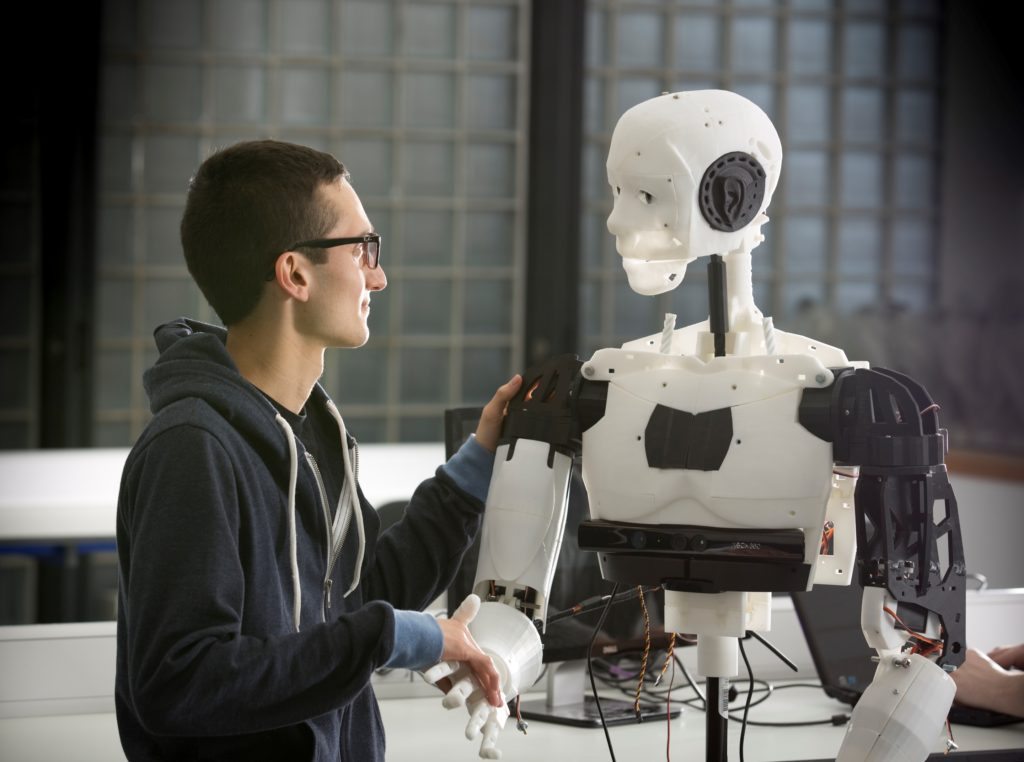 What sci-fi future is complete without interactive robots? Whether it’s Arthur C Clark’s HAL 9000 or Marvin the Paranoid Android, in art we create a world where human intelligence and artificial intelligence walk side-by-side.

Meanwhile, in real life, scientists and engineers are building machines that we can talk to, ask questions of, and request actions from. The aim has been to create the most perfect artificial companion possible, but it turns out there is such a thing as too perfect when it comes to human-robot relationships.

A study at the University of Lincoln, UK, shows that people prefer interacting with robots if they display human-like imperfections – deviations in judgement that give the appearance of individual characteristics or personality, complete with errors and flaws. The findings were presented at the International Conference on Intelligent Robots and Systems in Hamburg, this month.

The researchers introduced two flaws to the robot’s bank of rules and behaviours – “misattribution of memory”, and “empathy gap”. They used two interactive robots: ERWIN, which can express five basic emotions, and Keepon, a small yellow robot designed to study social development by interacting with children.

For around half of the interactions with human participants, ERWIN and Keepon were allowed to be the picture of perfection. For the remainder, ERWIN made mistakes when remembering simple facts, and Keepon expressed extreme happiness or sadness.

Participants rated their experiences, and almost all had a more enjoyable interaction with the robots when they made mistakes.

If these companion robots are to make an impact in care of the elderly or to support children with autism, Asperger syndrome, or attachment disorder – the main application of this technology – then this study shows that they need to be friendly, recognise the emotions and needs of their human companion, and act accordingly.