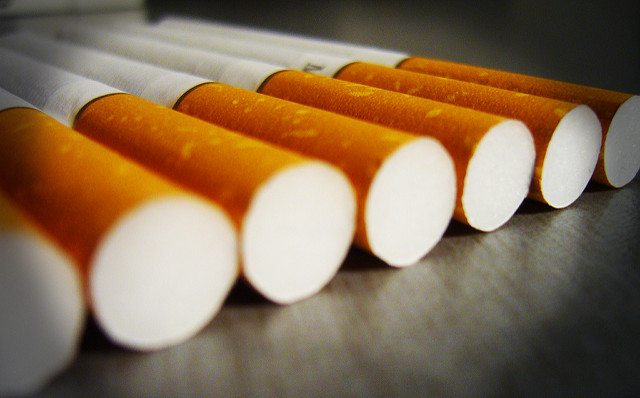 Plain packages for cigarettes are now mandatory in the UK, following a landmark ruling from the high courts. The tobacco industry attempted to prevent the change in legislation before it came into force on Friday but failed. Campaigners welcomed the decision and hope other countries will follow suit.

This landmark judgement is a crushing defeat for the tobacco industry and fully justifies the Government’s determination to go ahead with the introduction of standardised packaging. Millions of pounds have been spent on some of the country’s most expensive lawyers in the hope of blocking the policy. This disgraceful effort to privilege tobacco business interests over public health has rightly failed utterly.

The EU Tobacco Products Directive has introduced, as well as plain packaging, a number of other changes to the way cigarettes are sold. Health warnings will now take up 65%, as opposed to 33%, of packets. Marking cigarettes packets as ‘low-tar’ will now come to an end. Menthol and other flavoured cigarettes have been banned completely. It will be several months before plain packs appear in shops, as companies sell off old stocks.

Not everyone is happy with the decision. Simon Clark, director of the smokers’ group Forest, said:

Plain packaging treats adults like children and teenagers like idiots. Everyone knows the health risks of smoking and very few people start because of the packaging.

Plain packaging has nothing to do with health. It’s gesture politics designed to appease public health campaigners who are forever searching for new ways to force smokers to quit.

However evidence actually does suggest that plain packaging could reduce the rate of young people taking up smoking, and overall will have a positive impact on public health. The UK is the third country in the world to introduce plain packs, after Australia and France.

More controversially in the EU directive, there are changes to the way that e-cigarettes are regulated. Manufacturers will have a choice. They can have their products regulated as a medical device, to aid quitting, or a consumer product. Each has different marketing restrictions. There is also now a limit on the amount of nicotine that e-cigarettes can contain.

At the same time, new research has revealed that the number of people who have tried e-cigarettes has doubled over the past two years in the UK – 15% of people have tried them. Researchers from Imperial College London looked at e-cigarette use across Europe as well as people’s attitudes to them.

This research shows e-cigarettes are becoming very popular across Europe – with more than one in ten people in Europe now having tried one of the devices. However there is debate about the risks and benefits associated with e-cigarettes. For instance we don’t know whether we may start to see diseases emerge in 10-20 years’ time associated with some of the ingredients. We urgently need more research into the devices so that we can answer these questions.

It remains unclear if e-cigarettes can help people quit smoking. But experts do agree that they are less harmful than cigarettes.