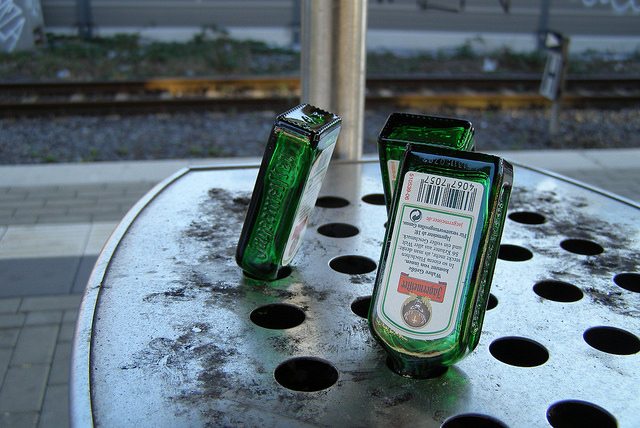 On Friday 21 October, Scottish courts rejected a challenge by the Scottish Whisky Association (SWA) against minimum pricing on alcohol. The minimum price per unit (MPU) policy, which the SNP-led Holyrood government has been attempting to pass as law for over four years, will now come into force. And while campaigners have welcomed the move as a solution to the issue of excessive alcohol consumption, it may not be the answer people are hoping for.

A minimum price of 50p per unit of alcohol would see, for example, a 70cl bottle of whisky priced at a minimum of £14. The SWA had argued the policy breached EU free trade legislation, and suggested raising alcohol taxes instead. But the Scottish courts found that, unlike general taxation, an MPU created a direct link between the cost and the strength of the alcohol. The SWA is considering an appeal to the UK Supreme Court.

I am delighted that the highest court in Scotland has reinforced the initial judgment in our favour from 2013. This follows the opinion of the European Courts of Justice (ECJ), which ruled that it was for our domestic courts to make a final judgment on… enabling this life-saving measure to be introduced. [The policy] will prevent thousands of hospital admissions and crimes and save hundreds of lives.

Minimum pricing is widely supported by doctors, social workers, children’s charities and many more who want to get rid of the cheap vodkas and super-strength ciders that cause so much damage.

Campaigners in favour of an MPU argue that it effectively targets the cheap alcohol most often consumed by young people and dependent drinkers, while having only a small impact on those who drink moderately, including those on a low-income. They cite various studies to back up their claims. But often these studies are not without their flaws, ignore many factors relating to alcohol dependency and addiction, and fail to consider properly the correlation between alcohol consumption and socioeconomic status.

The Sheffield Alcohol Research Group has carried out extensive research on MPU. It found that, broadly, those on the lowest incomes were buying more alcohol at 50p a unit than moderate drinkers, whatever their income. The group estimates that introducing a 50p minimum unit price in Scotland would result in 60 fewer deaths, 1,300 fewer hospital admissions and 3,500 fewer crimes due to alcohol within the first year.

But critics of this research argue that it has fundamental flaws. It relies on mathematical modelling, using so-called “elasticity matrices”. These model the relationship between alcohol price and the change in consumption for different demographics. It used surveys carried out on the population over the course of just two weeks. And the results only suggest that a 50p MPU might decrease consumption. The report itself states that:

The elasticity matrices on their own are not sufficient to reveal the likely behaviour of the population to price changes, since these also depend on the preferences for beverage, drinking location and price point that the different sub-groups exhibit.

In other words, the relationship people have with alcohol is too personal to say whether increasing the price will definitely have an effect. Critics also point out that the research found that a 70p MPU might lead to a 16.9% reduction in consumption, versus a 5.7% drop at 50p. As one writer noted:

Why… is the Scottish government apparently so keen to overlook the research ‘findings’ that a 70p per unit price would lead to a 16.9% reduction in consumption? Is it, perchance, that a 70p [MPU] would put the price of ‘decent’ wine up, while the 50p one only affects the really cheap alcohol that the poor people drink?

Then there are studies on MPU from Canada which also seemingly add weight to the pro-MPU argument. One found that crimes against people, including violent assaults, fell by 9.17% when the price of alcohol was increased by 10% over nine years in British Columbia. Motoring offences linked to alcohol fell by 18.8% and there was a 9.39% reduction in total rates of crime outcomes examined.

But what the report failed to acknowledge was that while crime related to alcohol may have dropped, drug offences for Class A substances actually rose. And British Columbia, where the crime-related survey took place, had the highest number of drug-related offences in the whole country. Furthermore, the reduction in crime against people is not exclusive to Canada. During the same period, violent crime in the UK actually fell by more, without a MPU.

Another study asserted that a 10% increase in MPU led to a 8% reduction in consumption, a 9% drop in hospital admissions and a 32% reduction in “wholly alcohol-caused deaths”. But this information is at odds with the official government figures, which show alcohol consumption is actually largely unchanged. Furthermore, there has been a significant increase in reported addiction and overdoses relating to prescription drugs. And, to start with, Canada had a lower rate (77.1%) of alcohol use among the population than the UK (83.9%).

But it is the data surrounding alcohol consumption and socioeconomic status (SES) which seems most overlooked; that is, the poorer you are, the worse effect alcohol has on your life.

Deeper in the statistics, rates of A&E admissions due to alcohol poisoning were three and a half times higher among those living in the 20% most deprived areas of England than those in the least. Across the seven defined SES categories, the bottom (poorest) category had the highest number of alcohol-related deaths. And people in that category were also nearly three times as likely to develop alcohol-related liver disease as those in the top.

Furthermore, a study for the British Medical Journal (BMJ) showed that people with the highest SES generally consumed alcohol more regularly than the most deprived in society. But analysing the pattern of consumption showed the poorest were the most frequent and heaviest ‘binge drinkers’ (i.e. consuming at least double the guideline limits in a single day). Bingeing accounted for the majority of alcohol-related A&E attendances, of which over 50% are on Friday, Saturday and Sunday nights.

The figures for Scotland are similar, with the poor drinking more dangerously than the rich. Central Scotland has the second highest number of alcohol-related deaths in the UK, with cheap spirits from off license sales making up more of people’s consumption than elsewhere. Furthermore, in 2006/07, the rate of alcohol-related discharges from hospitals was seven times higher for patients living in the most deprived areas. By 2010/11 the difference had increased, to more than seven and a half times greater for the most deprived compared to the least.

But crucially in Scotland, a clear picture emerges when comparing the data on alcohol consumption to both levels of deprivation and mental health.

Those in the most deprived areas were four times more likely to report two symptoms of depression than the richest (16% compared with 4%). Similar increases were seen for both men (18% versus 6%) and women (15% versus 3%), and the same patterns were seen with clinical anxiety and suicide rates. And it is Central Scotland, with the second highest number of alcohol-related deaths in the UK, that is also the most deprived area of the nation.

What the statistical information above shows, and what the policymakers fail to understand with a MPU, is that alcohol abuse is a class issue. While alcohol dependency and addiction can affect anyone, regardless of their SES, the abuse is undoubtedly more common among the poorest. These same patterns exist in smoking and obesity. And this is not something new.

As George Orwell summed nearly 80 years ago in The Road to Wigan Pier:

The ordinary human being would sooner starve than live on brown bread and raw carrots. When you are unemployed, which is to say you are underfed, harassed, bored and miserable, you don’t want to eat dull, wholesome food. You want something a bit ‘tasty’.

And as ethnographer Lisa McKenzie (discussing poverty and its effects in her book Getting By) said last year:

In short, the poor aren’t drinking themselves to death because they enjoy it; it’s often unconsciously to escape the harsh realities of 21st century Britain. 13.5 million people live in poverty in the UK; 7.9 million working age adults, 3.9 million children and 1.6 million pensioners. 3.9 million people are in two year “persistent poverty”, and the overall poverty rate has increased to 16.8%. And the Conservative government’s drive for austerity has now officially been linked to worsening mental health.

Therefore, it is no coincidence that alcohol abuse affects the poorest in society the greatest. And until policy makers and medical professionals begin to realise that alcohol dependency and addiction are not the cause of a problem, but the result of one, then crude “taxes” like the MPU will serve only to exacerbate inequality, both financially and medically, in the UK.