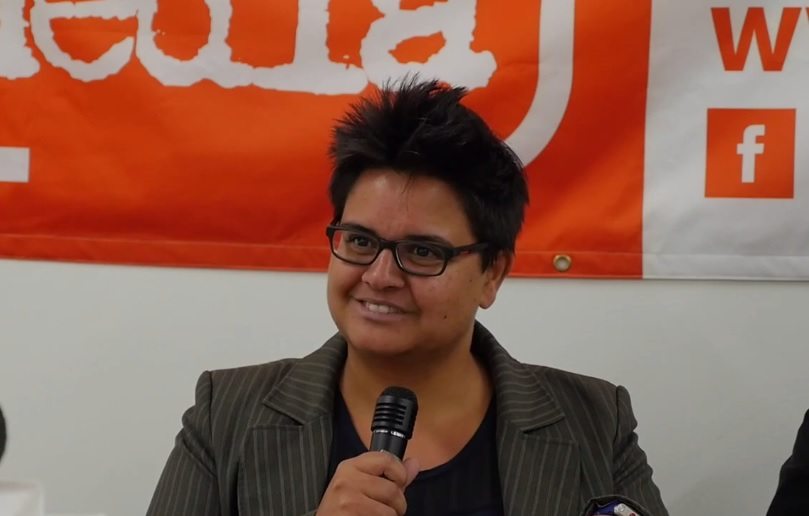 On 19 October, The Canary‘s Editor-in-Chief Kerry-Anne Mendoza spoke at an event. The evening’s topic was The Future of New Media and a part of the Real Media Tour. During her commentary, Mendoza revealed one of the central motives behind The Canary venture. And it should inspire anyone who feels the UK’s current media landscape needs reinvention:

First of all, Mendoza described The Canary‘s first year of life. She explained how the company had started with very little money, but within just a couple of months was getting the attention of mainstream media outlets like The Telegraph. She also acknowledged what the enterprise has planned for the coming year.

During the conclusion of her contribution, she spoke about one of the main reasons she began the venture:

One of the metrics for success that we had when we launched The Canary was that we don’t want to be a ‘new media’ version of the Murdoch empire. We’re not empire building. We’re proving a concept.

That concept, she explained, is proving that anyone can do it. The Canary was started on a shoestring budget. So if The Canary could do it, so can you. And Mendoza hopes that, within the next two or three years’ time, “not only is The Canary itself thriving but we’ve generated 50 other Canaries”.

She also noted why she believes such an expansion of the media landscape is important:

that way, instead of the situation we’ve been in for so long – which is looking at the failure of traditional media in terms of the narrowness of the topics covered, what they miss, what they misreport, and complaining – we’re now in the position where we can proactively do something about it. And I think that’s absolutely thrilling.

It’s not a new problem

The “failure of traditional media” that Mendoza noted was then given further explanation by Real Media‘s Tom Barlow:

He highlighted how Noam Chomsky and Edward S Herman had laid out the “five filters theory” in the book Manufacturing Consent.

He explained that all information, before it’s passed to the public, is put through these ‘filters’ by the traditional media. Barlow commented:

Barlow then spoke about a third filter generated by the pressures of journalism. He claimed that the push in the profession to create content quickly means that some news sources are not checked. And those that escape scrutiny are mainly thinktanks or government sources. PR companies, essentially. As a result, he asserted:

In fact, 80% of everything you read in the press is written by PR companies… PR (public relations) used to be called propaganda

Finally, Barlow noted that the news is put through a filter that mobilises fear and patriotism. And it’s one that equates to a “fear of the rich”, with journalists anxious about costly reprisals from the powerful should they take them on.

A blast from the past

Chomsky asserts that the last time we had a free press was in the mid-nineteenth century. But there was subsequently a concerted attempt to shut it down. And it was “finally understood that the way to eliminate it was by advertising, by reliance on advertising and by concentration of capital”. The filters detailed above are a direct consequence of that.

But The Canary‘s success in its first year shows that many members of the public are hungry to draw from that 19th-century model.

A media that solely serves as a mouthpiece for the powerful is no longer enough. And the rise of the alternative media is a testament to that.

So the ground is fertile. And it eagerly awaits those 50 new Canaries. Because, new Canaries, your country needs YOU.

– Support The Canary, and the work of other new media organisations: