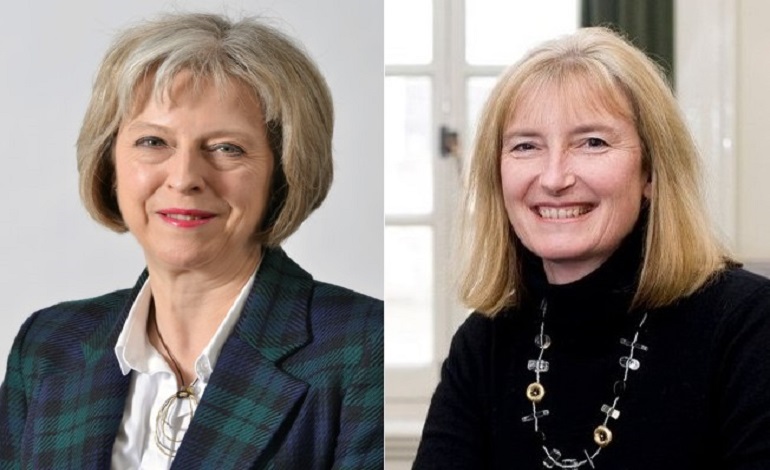 A prominent Conservative MP has launched a blistering attack on Theresa May and the Department of Health’s (DoH) handling of the NHS. And this doctor-turned-Tory Chair of the Health Select Committee did not mince her words.

Sarah Wollaston, the Conservative MP for Totnes, launched her attack in an article [paywall] for the British Medical Journal (BMJ). She began by laying blame for “current pressures” at the door of the previous coalition government’s Health and Social Care Act. She insisted that the 2008 financial crash had put “rapidly rising demand and costs” on the NHS. But she said:

The incoming coalition government then imposed a disruptive and demoralising reorganisation that distracted from the key challenges… The Health and Social Care Act 2012 led to greater fragmentation at a time when our demographic changes demanded a different approach.

She then went on to criticise what she called the “striking failure” of successive governments to plan for an ageing population. She cited the fact that, in the decade to 2015, the number of people living to age 85 and beyond increased by 31%.

Financial incompetence in the NHS?

The Chair of the Health Select Committee then turned her attention to NHS finances. And she called out the current Tory government for essentially underfunding the NHS:

Over the last parliament, funding for the NHS increased annually by an average of just 1.1%, far below the actual increase in costs… The real terms increase in DoH spending for the current review period is just £4.5bn and will result in reduced spending per person.

She then slammed the government for its “cuts to social care” and a “workforce shortfall” in the care industry. She said this had:

left more than a million older people going without the personal care that they need to live with dignity in their own homes. It is no surprise that so many are ending up in more expensive settings in an already overstretched NHS.

She also criticised Theresa May personally for not including the NHS or other political parties in her plans to tackle the social care crisis. For her, the Prime Minister had “missed opportunities” in public health; specifically health inequality. She said:

In her first speech on the steps of Downing Street… May spoke compellingly of tackling the burning injustice of health inequality. That ambition now needs to be matched by effective cross government policies…

But Wollaston saved her most vitriolic attack for politicians, more broadly. She said that the “political response to a health and care system in severe distress, and more importantly to the people it serves, has been dismal”:

No one listening to the yah boo of debate in the Commons would be filled with optimism. There has been a failure to grasp the scale of the financial challenge facing both health and social care…

She also turned her attention to Brexit; specifically Vote Leave. In particular, she poured scorn on the Brexiteers’ promise of:

£350m a week for the NHS… a cynically deployed and rapidly disavowed non-fact for which no one can be held to account. Misleading data has consequences.

It’s all about the public

And Wollaston pulled no punches when she spoke of who really mattered in the NHS debate. The public. She said it had:

repeatedly made clear the value it places on our NHS and that it wants to see it properly funded… It is in all our interests for [politicians] to work together to agree a way forward compatible with the founding principles of the NHS.

She said that “the public has a right to expect accurate and consistent figures” on the NHS. And she added that:

It also matters to keep setting out the facts on rising demand as well as the efficiency, fairness, and value of our NHS.

This savage attack by one of May’s own has not gone unnoticed by NHS campaigners. And it will merely compound the view that the Tories are asleep at the wheel of a health service close to crashing and burning; mostly due to government incompetence and its push for privatisation-by-stealth. But the fact that Wollaston is herself a medical professional adds weight to the argument. And there will certainly be some uncomfortable ministers squirming in Whitehall after reading her blistering article.