Ken Loach just dropped a truth bomb on the BBC, over the cruellest of government policies - Canary 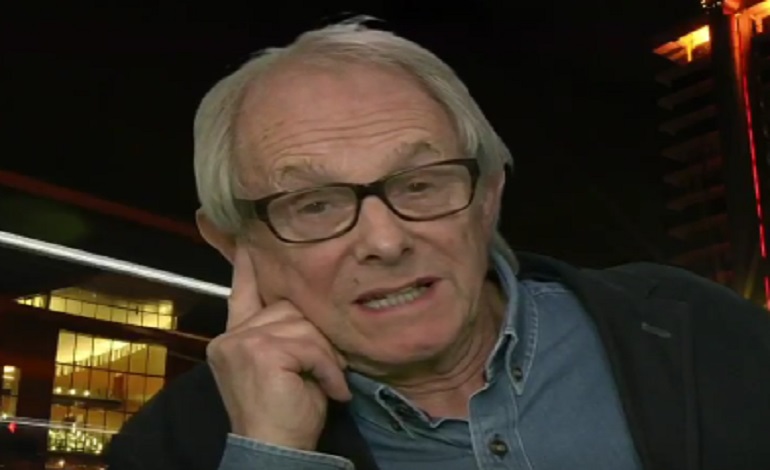 Ken Loach gave a searing interview on BBC Newsnight on Wednesday 4 January. He left presenter Evan Davis holding a truth bomb and the Newsnight Twitter account misrepresenting the interview. And Loach hit the nail on the head, regarding the subject matter of his film I, Daniel Blake. The government’s cruel benefit sanctions regime has left thousands of people destitute.

Loach versus the establishment

Davis was interviewing Loach alongside Matthew Oakley, an economist from the Westminster Policy Institute (WPI). The debate was about the Department for Work and Pensions (DWP) benefit sanctions regime. This is the system whereby people have their welfare payments stopped if the DWP thinks they are not meeting certain criteria.

Oakley was defending the sanctions regime; Loach was giving a counter-argument. But the latter took issue with Oakley’s argument that “the vast majority of the public support” the system. Loach said:

You can’t hide behind that. It’s an appalling system… People are set up to fail. The system is there in order to trap them… People are in fear…

But just how accurate were Loach’s claims?

A lot of people are sanctioned because of the Work Capability Assessment [WCA].

Anecdotal evidence from Disabled People Against Cuts (DPAC) supports Loach’s statement. DPAC is one of the groups which got the UN to look into the government’s welfare reforms. The UN said the government had committed “grave” and “systematic” violations of disabled people’s human rights.

Jobcentre staff are given targets. They call them ‘expectations’. And if they don’t sanction a certain number of people a week, they themselves get into trouble.

His assertion is correct. The DWP had to admit that Jobcentres had previously “imposed targets for the number of sanction referrals”, following an investigation by The Guardian in 2011. Furthermore, that it had removed the targets. But evidence from the Public and Commercial Services (PCS) union and whistleblowers suggests they still exist.

Nothing but the truth…?

But Oakley, a former economic advisor on welfare at the Treasury, where he helped to produce a report on conditionality and sanctions, also made some claims.

Being unemployed or out of work is not the cause of a sanction. It’s not doing what you’ve agreed to do… It’s taking steps towards work. In [the] case of a mental health condition it might be actually you’re taking steps to prepare yourself for work…

Yet evidence on sanctions given to both the Work and Pensions Select Committee and Durham University research shows that:

The last example is, worryingly, not uncommon. 62% of people sanctioned have mental health issues. Even though DWP guidelines state that where:

the claimant has a condition that could affect their understanding of interview conditionality and the consequences of non compliance… arrange a Core Visit [to their home] before taking any further action.

This applies to anyone with a “mental health condition or learning difficulties, or conditions affecting cognition such as stroke, autistic spectrum disorder or attention deficit disorder”.

But Newsnight also appeared to distort what the film director said. Davis said to Loach (from 32:30):

To which Loach replied:

No. I’m saying nobody supports cheating. Nobody supports tax cheats. But they don’t seem to get the same coverage… Of course people should not cheat. And there should be a way of dealing with that.

"Sanctions are a cruel and vindictive way of treating vulnerable people" – @KenLoachSixteen thinks they should be scrapped #Newsnight pic.twitter.com/ip9pksu8Iv

The Canary asked Newsnight why it claimed Loach said he wanted the sanctions regime “scrapped” when at no point did he say this. No one was available for comment.

The vast majority of people on benefits aren’t sanctioned… the people you’re seeing in that film… are the very, very hardest end of what we’re talking about here. Secondly, there’s a huge amount of international evidence that shows that conditionality… [and] financial sanctions… is effectively getting people back to work more quickly.

The DWP will not release the detail of how many people have died after having benefits sanctioned. But a Freedom of Information (FOI) request to the department showed that 20% of claimants whose deaths were subject to a DWP review had had their payments sanctioned. And another FOI to the DWP in 2012 showed that 10,600 people had died after their benefit claims ended.

Oakley’s claims ignore the anecdotal evidence surrounding the sanctions regime. Including one man who had his payments stopped by the DWP after missing an appointment because he had had a heart attack. And another who the DWP sanctioned for the same reason. But this man was at hospital with his partner, who had just had a stillborn child.

Oakley’s point that the “vast majority” of claimants aren’t sanctioned is wholly irrelevant. One unnecessary death, or a single person thrown recklessly into poverty because of the DWP is one too many. Civil servants, economists and politicians can claim the sanctions regime is working until they are blue in the face. The reality is the system is gravely failing thousands of people.

Loach is right. It is an “extraordinarily” “cruel and vindictive” regime that needs overhauling. Immediately.

You can watch the full interview here.