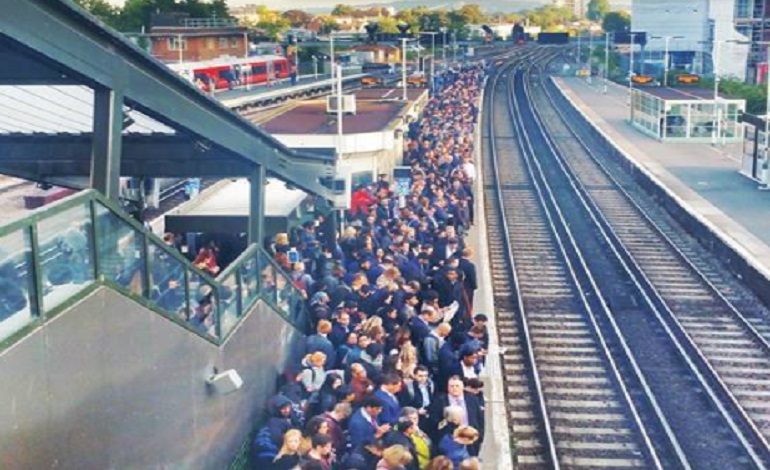 A trade union has slammed a report by the transport regulator on train safety as a “whitewash”. The National Union of Rail, Maritime and Transport Workers (RMT) has hit back at what it calls “appalling” and “scandalous” conclusions by the Office for Rail and Road (ORR), amid concerns for passenger safety. And the train company at the heart of the row? As usual, it’s Southern Rail.

The ORR has released a report about ‘Driver Only Operated’ (DOO) trains on Southern Rail services. Trade unions and passengers, meanwhile, are currently having a dispute with Southern. And the row centres around the introduction of DOO services.

DOO trains would see the scrapping of guards across nearly all Southern Rail services across Surrey and Sussex, including Greater London. This could mean the loss of 400 guards on trains. Also, disabled passengers would have to book support 48 hours in advance to get on and off trains. The RMT, Disabled People Against Cuts (DPAC), and the Association of British Commuters (ABC) say this would be breaking the law. The groups claim this is in breach of the Equality Act 2010.

The RMT claims that safety is going to be compromised. It cites the fact that, currently, both drivers and guards protect the safety of the train. With guards trained on how to secure the doors safely, protect the train, and act in emergencies. But not drivers. Also, the union says that independent inquiries always state that trains must have staff on board who are trained in protection and evacuation procedures. And the ABC pointed out that Southern have not yet trained all their drivers on the DOO system.

But the ORR disagrees with the ABC, the RMT and DPAC. It said that:

The issue of safety relating to [DOO]… is an area of focus for ORR and the industry. We are mindful that this particular issue… has recently generated a degree of public concern.

The report by the ORR effectively says that:

In conclusion, the ORR said:

ORR is satisfied that with suitable equipment, procedures and competent staff in place the proposed form of train dispatch intended by GTR-Southern, meets legal requirements and can be operated safely.

A “whitewash” on safety

But the RMT has hit back. In a statement, it said:

The [ORR] report into DOO on Southern Rail… is a complete whitewash that proves conclusively that ORR is no longer fit for purpose and is nothing more than an arm of government, wholly committed to propping up the train companies and the Department for Transport.

The authors of this report have… swallowed whole the distorted pictures painted by Southern Rail… That is scandalous. Passengers and our members are now left in a position where there is no genuinely independent safety regulation on Britain’s railways and that is an appalling situation.

A spokesman for the ORR said:

ORR is an independent, evidence based regulator. Our report was produced following a thorough review of all proposed and existing processes, as well as site inspections. We have worked with unions as well as GTR-Southern during this process and are continuing to do so.

As the RMT says, the situation on Britain’s railways is “appalling”. There is no end in sight to the Southern Rail chaos. Unions claim that public safety is at risk. Train fares have just rocketed. And the ABC is in the process of taking the government to court over the Southern shambles. It may be a new year, but there’s nothing new about the dire state of Britain’s railways.

– Rail users who’ve suffered because of Southern Rail can contact the ABC via [email protected] .