Israeli soldier convicted of manslaughter, but calls for his pardon come right from the top - Canary Workers’ Co-op 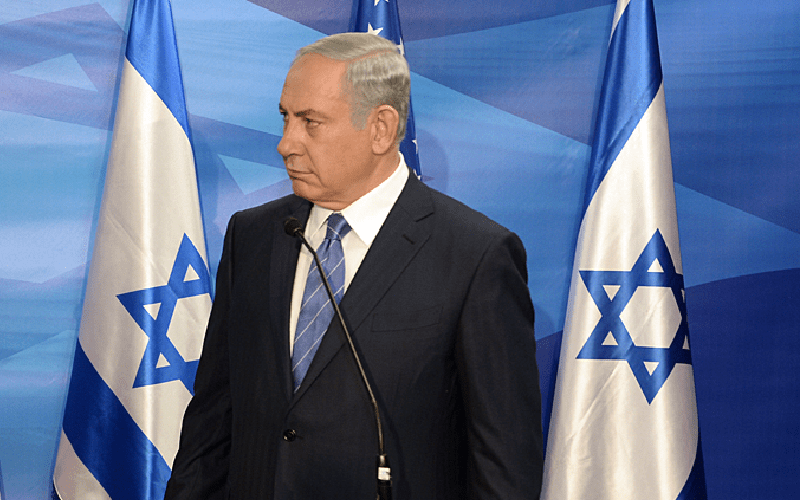 In March 2016, an Israeli soldier shot a 21-year-old Palestinian in the head as he lay injured and motionless on the ground. The soldier’s name is Elor Azaria. The man he executed was Abdel Fattah al-Sharif. A B’Tselem activist captured the act on video. Yet despite that, Azaria has enjoyed support from many Israeli politicians. The military, however, has given him less support. And he was convicted of manslaughter on 4 January. Since then, several Israeli politicians have supported pardoning him. Among them is Israeli Prime Minister Benjamin Netanyahu.

The legal defence of Elor Azaria

Azaria’s defence team offered several arguments during the trial. Firstly, that when Azaria shot al-Sharif, the victim was already dead. The insinuation was that shooting a corpse cannot be murder, no matter how unseemly. Another argument was that al-Sharif had a knife, and as such that he was still a threat. The video evidence did not support this claim. Neither did it support the argument that al-Sharif could have been wearing a suicide vest. The Israeli soldiers who surrounded al-Sharif, for example, acted with very little concern as he lay motionless on the floor.

Azaria could face up to 20 years in prison.

The political defence of Elor Azaria

Several Israeli politicians have criticised the conviction of Azaria. The most high profile among them is Prime Minister Benjamin Netanyahu. He said in response to the conviction:

I support a pardon for Elor Azaria.

This is a difficult and painful day for all of us, and first and formost for Elor and his family, for IDF soldiers, for many soldiers and for the parents of our soldiers, and me among them.

We have one army, which is the basis of our existence. The soldiers of the IDF are our sons and daughters, and they need to remain above dispute.

Not all Israeli politicians have reacted as such. Arab-Israeli MP Aymen Odeh, for example, has suggested that Israeli policy has led to young men like Azaria feeling able to commit such crimes:

Israel’s rulers are the criminals who have produced killers like Azaria. The decision to condemn this soldier is in fact a condemnation of Netanyahu and his ministers, who have all supported this murderous soldier.

The verdict marks the first time in 12 years that an Israeli soldier has been convicted of a crime committed while in uniform. Yet Israeli forces have killed thousands of Palestinians since 2000. And there have been widespread allegations of illegality from human rights watchdogs like Amnesty International.

Azaria’s conviction could be an important step towards progress. But the conviction may never have happened if it wasn’t for the video evidence.

Netanyahu, meanwhile, has also found himself on the wrong side of this legal decision. But public opinion is another matter entirely. A survey conducted by Tel Aviv University and the Israel Democracy Institute in August 2016 recorded that that 65% of the public supported Azaria’s self-defence claim.

Regardless of what this case may mean for the future, Israeli courts have at least recognised the illegal execution of Abdel Fattah al-Sharif. The verdict cannot bring him back, but it could well help to avoid other such killings in future.

– Check out the excellent Jews for Justice for Palestinians blog, and Norman Finkelstein’s own blog here.