The PM's fumbling is catching up with her, and people are finally seeing her true colours [TWEETS] - Canary 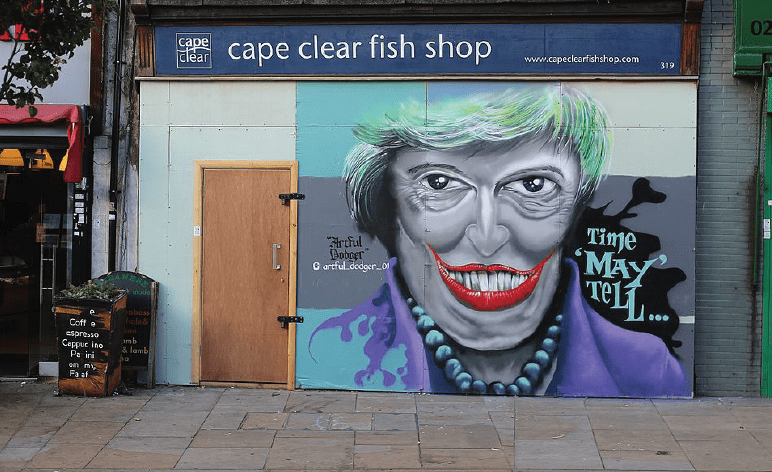 Theresa May has been criticised for her incompetence, her bland authoritarianism, and her dedication to invasive surveillance. Now, people are also criticising her inability to make a decision. And the combination of the source and a catchy name means this view of her may be about to go mainstream. That source is a front cover of The Economist, which brands her: 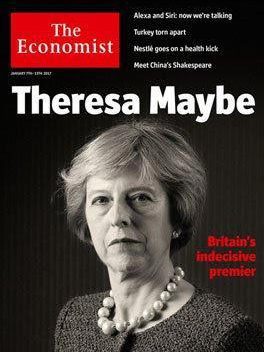 Of course, the idea that the Prime Minister has avoided doing very much isn’t new information to people who actually pay attention.

Theresa May is nothing more than an unelected, dithering PM who makes David Cameron look like a roaringly decisive Liberal.#TheresaMaybe

Even the Conservatives' friends admit @Theresa_May has no plan and no solutions https://t.co/eWDytqj0s1

Some people used the name as an excuse to make jokes.

After @TheEconomist revealed the indecisive PM -Theresa Maybe, @BJennings90 illustrates more of the #brexitshambles in the @guardian #truth pic.twitter.com/uscJVmt1MT

You're called Theresa Who?

On a serious note

Not everyone made a joke out of it, and nor should they. This person is running the country. The decisions she makes affect everyone.

Theresa May is cautious about everything except for punishing the poor for the mistakes of the rich with austerity. #theresamaybe

The danger of "Theresa Maybe" is may push her to make decisions faster. Knee jerk decisions from people with no vision are always bad.

Some even reasoned May wasn’t that bad, given her competition. Although, this is definitely damning with faint praise.

We might have ended up with Theresa Maybe but we certainly dodged a bullet with @andrealeadsom… https://t.co/5R5rOxNv4y

And this tweet may even be a little bit supportive. I think?

David Cameron blocked the toilet, Theresa Maybe now has to break it up with a wire coat hanger. It was never going to be pretty. #brexit

''How will I ever decide which one I want''https://t.co/yFiELP1sZM
70% sale, while stocks last #theresamaybe #sextoy pic.twitter.com/wUh0Fq7h5A

– Read more articles from The Canary on the Conservative government.