Mary Poppins is back, but she's finding it hard to breathe [IMAGES] - Canary 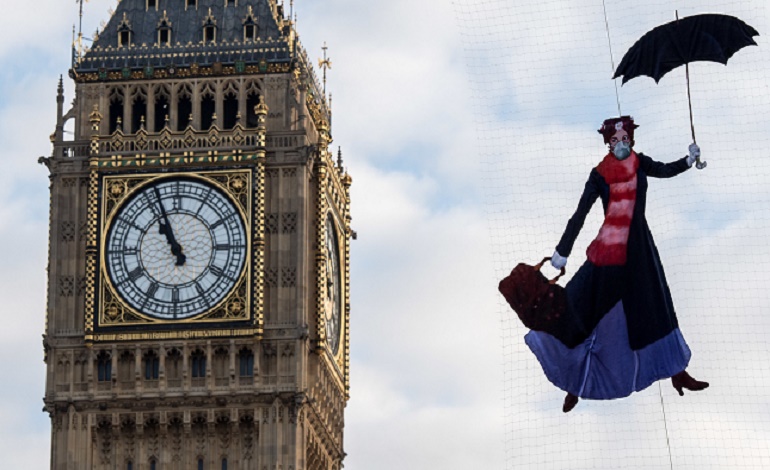 Mary Poppins paid a flying visit to parliament on Friday 6 January. The eponymous character from the classic Disney film was seen hovering above Westminster. But witnesses say she wasn’t very happy. In fact, Poppins was highlighting, on behalf of Greenpeace, London’s appalling levels of air pollution.

Let’s not go fly a kite

Greenpeace has staged a protest over the terrible quality of London’s air. Because for the third year in a row, the capital has breached its annual air pollution limit. In just the first five days of the year. And this breach is three days earlier than in 2016.

As Greenpeace said in a statement:

Helped by a crew of Greenpeace activists, Mary Poppins is flying over parliament… reminding politicians that their inaction is costing lives. When Mary Poppins was last on our screens in the 60s, the 1956 Clean Air Act had been implemented and the smog had begun to clear. The then Government acted in response to the health crisis caused by air pollution from coal.

But as Greenpeace says, instead of consigning air pollution to the history books, the government is creating a “tradition of failing to act and breaking annual air pollution limits”: 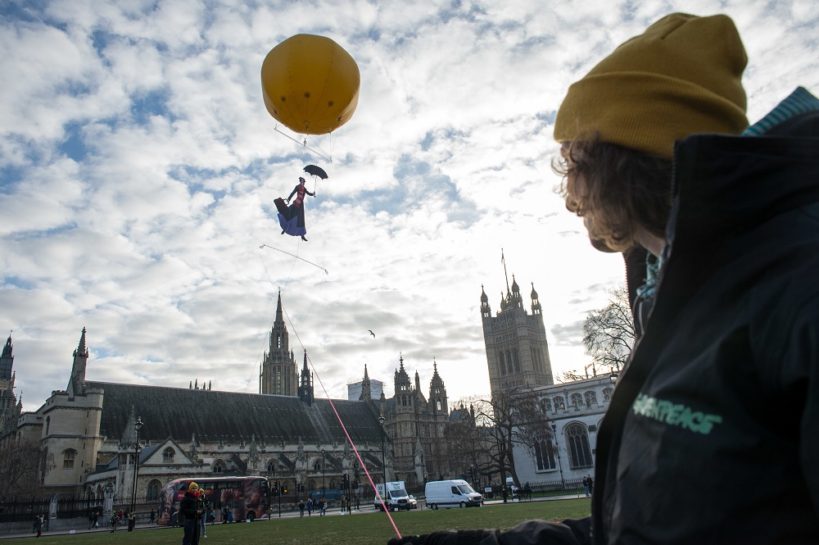 Nearly 10,000 people die each year in London as a result of air pollution. Researchers from Kings College London said there were 5,900 deaths in London in 2010 associated with long-term exposure to nitrogen dioxide (NO2). And 3,500 deaths were as a result of exposure to a particulate matter called PM2.5.

The study also found that nearly half of those affected were the result of either diesel fumes, or pollution drifting from the continent. Diesel fumes account for around 40% of London’s air pollution. And the London Assembly’s Environment Committee has said that the capital should ban diesel vehicles. But as Greenpeace says:

The government has done almost nothing to tackle diesel since the car companies were caught cheating emissions tests. Unbelievably, the government is still incentivising consumers to buy brand new diesel cars that are pumping out illegal levels of pollution. 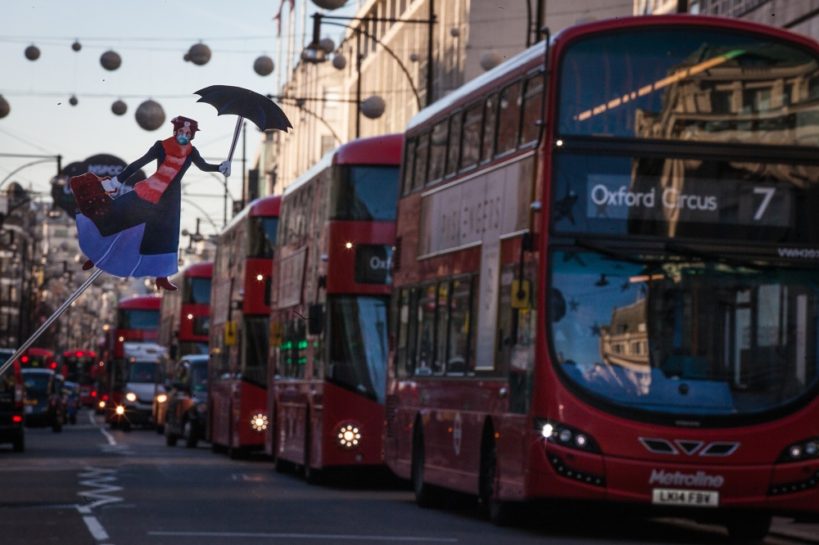 But as the Green Party’s transport spokesperson Caroline Russell explains, it’s not just Oxford Street with a major problem:

And as Greenpeace points out, the issue of air pollution is a UK-wide one. There were 169 places in the UK, for example, which breached legal air pollution levels in 2016.

40,000 people die every year in the UK because of air pollution. And in November 2016, the High Court ruled for a second time that the government is acting illegally over the problem. Because it is simply not doing enough to tackle air pollution. But when the Conservative government actively blocks measures to reduce emissions, and acts without impetus over reducing pollution levels, it’s no wonder London is literally choking to death. If Poppins really did visit the capital today, it would take more than a chimney sweep to clean the dirt from 21st century London.

– Support ClientEarth, which is legally defending the planet.