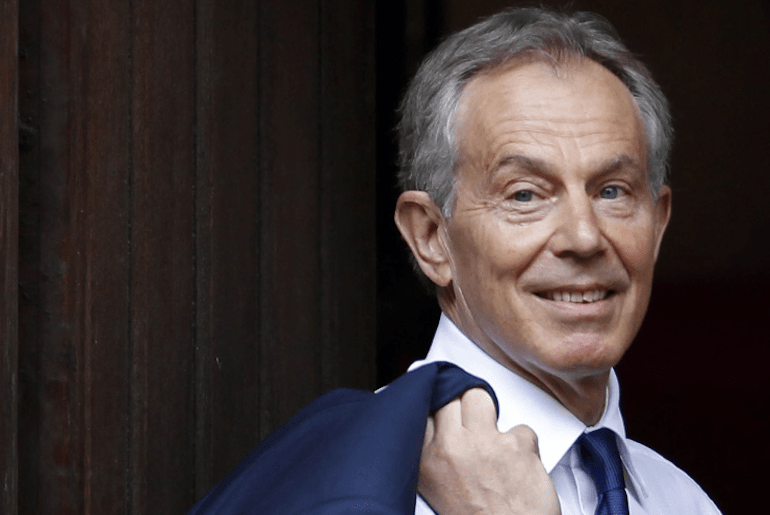 Tony Blair has handed £9.2m of his cash to his new policy unit for so-called “centre-ground” politics.

Another organisation named after the man himself, the Tony Blair Institute (TBI), will fight both Brexit and “nutter” Jeremy Corbyn. More broadly, the institute will combat the global surge in “new populism” on both the right and left.

The organisation and its mountain of cash appear just as Labour moves to relaunch Corbyn as a left-wing populist this year. Blair claims the organisation is not for personal profit, but he is no doubt worried about a potential Prime Minister Corbyn as anti-establishment tides sweep the globe. The present Labour leader suggested Blair should be tried for war crimes back in 2015. In response, Blair flipped out and accused Corbyn of allowing Syrians to be “bombed, beaten and starved into submission”.

Monarchy-controlled Bahrain tortures civilians as standard. Yet Theresa May was wining and dining with that lot, along with King Salman of Saudi Arabia, only last month.

So the humanitarian card is only played against states that do not get sufficiently cosy with Western corporations. Blair was rewarded for playing this card successfully in Iraq with millions of pounds from the states and corporations that benefited.

In a statement on the new institute, meanwhile, Blair’s office said:

Mr Blair is the sole owner and Executive Director of TBI. On his instruction, the articles of association stipulate that he will not receive any salary or remuneration for this role.

By “alleviating poverty”, Blair presumably means humanitarian ventures like refusing to give a 20-minute speech at a World Hunger event because it couldn’t meet his demand of £330,000. That’s £275 per second, by the way.

Blair is very good at raising his own living standards, meanwhile. His venture capitalist firm, for example, more than halved its tax bill on income of over £14m in 2015.

It appears the former PM wants to bring religions together, but by ushering more Muslims into the arms of groups like Daesh (Isis/Isil). He has previously accused millions of Muslims of being “fundamentally incompatible with the modern world”.

With his Orwellian pièce de résistance, Blair wants to advance peace by engaging in more war. Presumably after the storming success in Iraq, which further destabilised the Middle East, led to the death of around 1 million Iraqis, and provided fertile ground for the rise of extremist groups like Daesh.

So Blair has looked at the world and figured out that what we all need is yet another neoliberal thinktank. And that £9.2m will join the massive funds already behind the other Blairite groups desperate to topple Corbyn.