Chuka Umunna tells immigrants to learn English, but the media leaves out one damning fact - The Canary 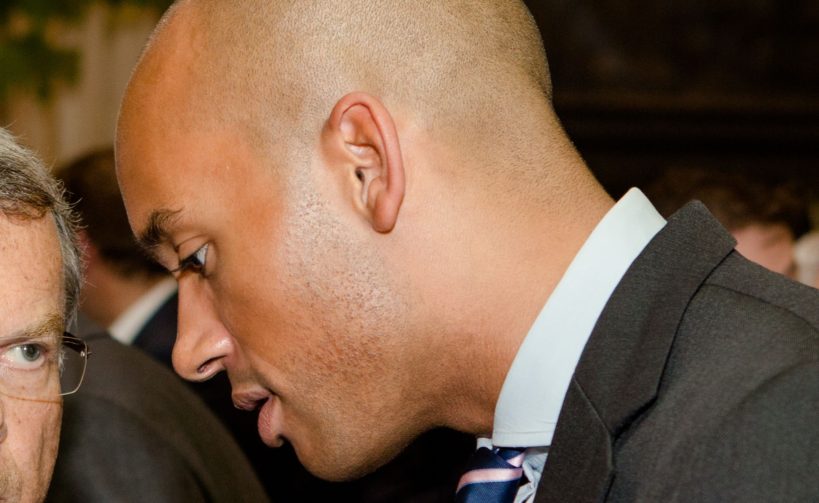 A parliamentary group chaired by Labour MP Chuka Umunna has released a new report demanding that immigrants learn English. And it’s a demand that makes sense. Unless of course you take into account that access to English learning has suffered immensely because of constant government cuts over the last decade.

The new all-party parliamentary group (APPG) on social integration insists that the ability to speak English is “the key to full participation in our society and economy”; and that it is a “prerequisite for meaningful engagement with most British people”. It also recommends that:

all immigrants should be expected to have either learned English before coming to the UK or be enrolled in compulsory ESOL [English for Speakers of Other Languages] classes upon arrival.

The report follows on from a controversial one by Dame Louise Casey in late 2016, which The Canary described as painting “a grim picture of a country falling apart”. In it, Casey also argues that good English is essential for integration.

A reality of constant cuts

The APPG report briefly mentions cuts as an explanation for the deteriorating situation in Britain in recent years, saying:

we have witnessed growing inequalities, rapid technological advancements, and cuts to public and voluntary sector services which have tended to undermine opportunities for social mixing and for the integration of newcomers… Yet, we have seen no proactive government policies to support this kind of extraordinary, rapid social change…

But the media coverage surrounding the report didn’t highlight how cuts have directly hit ESOL learning – the very form of education the APPG is now advocating. [Note: After the publication of this article, Chuka Umunna insisted on Twitter that “We said govt should ‘markedly increase ESOL funding’ & have highlighted ESOL cuts at the launch”.]

Jenny Roden is co-chair of NATECLA (the National Association for Teaching English and other Community Languages to Adults). She wrote recently in FE Week that arguments in favour of increased ESOL provision are “music to the ears of the ESOL community, who have been saying it for so long”. But she also stressed that:

funding for ESOL has fallen by half since 2009. There is no funding at all for ESOL in the workplace, where countless migrants are trapped in low-skill jobs. With a lack of classes, cost implications for the low-paid, who must pay for classes, and additional costs of learning – such as childcare and transport – mean those with the greatest need suffer the most.

Much blame for insufficient English learning, then, lies firmly with the government. A fact that both teaching organisations and colleges suffering job losses have long been emphasising.

In 2015, one ESOL teacher wrote at openDemocracy that ESOL funding:

has been cut year-on-year since 2007, when the Labour government ended universal free classes and brought in a means-tested fees system

And she didn’t shy away from highlighting government hypocrisy, saying:

the British government is slashing funding whilst complaining about a lack of integration… If [it] were serious about breaking down barriers, helping people communicate, encouraging integration and understanding between different communities, improving people’s lives, then [it] would be providing properly funded further and adult education.

Today, the APPG report could mean one of two things. It could be a genuine attempt to correct dismal government policies which have led to the decline of further education – including ESOL. Or it could be another exercise in empty rhetoric.

Whichever it is, the fact is that MPs have overseen the rapid decline in ESOL provision over the last decade. And if they’re really serious about creating a less divided society, they need to listen to teaching professionals and start providing sufficient funding. Now.

Correction: This article and its headline were updated on 5 January at 9:53pm to reflect the fact that the ESOL cuts were highlighted at launch, as Chuka Umunna highlighted on Twitter, and to stress that it was media coverage rather than the report itself which didn’t highlight how government cuts have directly hit ESOL learning.

– Join the efforts of Action for ESOL and support the City of Sanctuary projects.

– Write to Theresa May and your MP to ask them to increase ESOL funding.