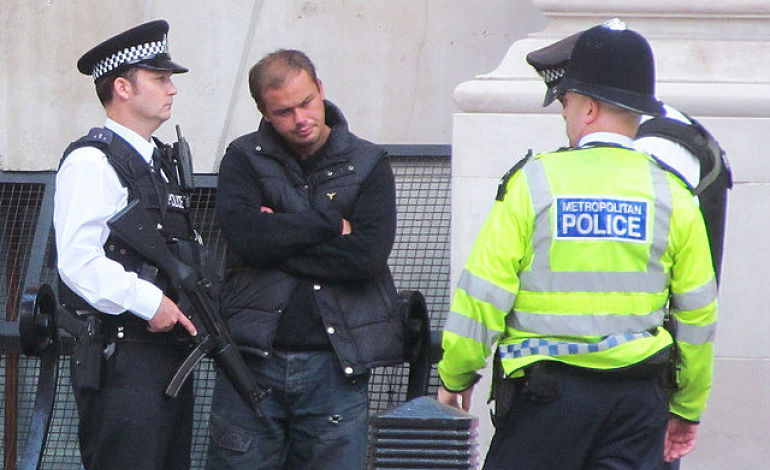 A shooting on the M62 has caused shock, grief, protests and a police investigation. But it has also revealed the biggest spike in police shootings in England and Wales for an entire decade, according to an anti-armed violence NGO. This calls into question whether the Conservative policy to increase our armed police will be best for public safety or simply cause more harm.

The Independent Police Complaints Commission (IPCC) is launching an investigation into the shooting. And Yaqub’s death sparked mini protests around Bradford’s city centre. These disturbances diminished with relative calm. But what remains is a lingering elephant in the room around our armed police force.

According to human rights NGO Action on Armed Violence (AOAV), this incident brings the level of police shootings up to their highest for a decade. According to AOAV research, since the 2016 pledge to train over a thousand more police officers in firearms training, there have been five recorded deaths from police despatching their firearms. 2007 was the last time that five shootings took place in any one year. These numbers provide a stark comparison to those in 2013, when no deaths from police shootings occurred. This also coincides with a cut in the number of firearms officers that year.

While the pledge to deploy more armed police comes after concerns over national security, the shootings have no connection to terrorist activity. And in more than 50% of cases, the victims have not been armed – at least where details are known.

The decision to arm more police was taken last year without any hard evidence being presented to Parliament that more guns in the hands of police will make the British population safer.

While much of the training of these new officers has yet to be completed, we need to be absolutely clear that more armed policemen really do result in a safer Britain.

Police made five arrests in relation to the incident in question. This includes three at the scene of the crime. They also found a non-police issue firearm in the vehicle after the shooting took place. A postmortem is due to take place on Wednesday 4 January.

The Independent Police Complaints Commission have now launched an investigation following a mandatory referral to them and it would be inappropriate to comment further at this stage until more details are known.

Investigators are still ironing out the details but the overall rising trend sets the UK on a worrying trajectory. The evidence should urge parliamentarians to consider what place an armed police really has in the UK. From the current standpoint, it seems that this particular policy is not simply failing but is proving to be fatal.

– Support Action on Armed Violence continue the work they do.