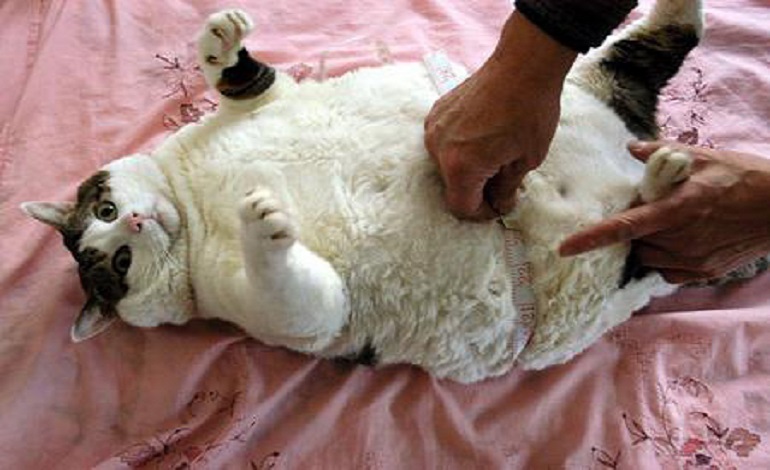 Did you not know about it? Perhaps you simply weren’t invited. See, only minorities are eligible to attend. But not the minorities our press are usually busy demonising. No, it’s the day we casually publicise that Britain’s top executives have already earned as much in two days as you will by working for the whole year. Like it’s acceptable. Like it’s normal. Like it’s a day we should all pencil into our diaries, alongside bank holidays.

It’s just a name, right? A tag-line. A bandwagon for the press to jump all over. Partially, perhaps. But acknowledging this odious milestone with a cutesy name is arguably acclimatising the British public to something quite outrageous. Something it frankly shouldn’t tolerate at all. It literally normalises what is actually a brazen, and acutely insulting, miscarriage of justice.

Thinktank High Pay Centre came up with ‘Fat Cat Wednesday’: a campaign to raise awareness of the UK’s vast wage inequality. And while it was doubtlessly intended to spark outrage, if we’re not careful, it will simply become a casual reference to yet another ignored statistic. After all, last year it was ‘Fat Cat Tuesday’. And a year on, we’re now the nation that’s supposedly “had enough of experts”. So in the age of ‘post-truth politics’, actual facts and statistics have a hard time proving their worth and relevance at all.

‘Fat Cat Wednesday’ is so titled because the FTSE 100 CEOs are reported to earn in the region of £1,000 per hour, compared to the ‘National Living Wage’ of £7.20. They are therefore likely to have earned the UK median salary of £28,200 by lunchtime on 4 January. The average CEO’s yearly salary, meanwhile, is in the region of £4m. A mere one hundred people take home £400m plucked from our economy, each and every year.

Wanda Wyporska wrote for The Independent:

Connect the dots, and the additional context of:

When considered alongside these ‘statistics’, and others, the injustice of ‘Fat Cat Wednesday’ becomes nothing short of grotesque. Not ‘cutesy’ at all.

Some say it’s just the way of the world. Some argue that the biggest and most influential businesses must offer ‘highly competitive’ salaries in order to attract the brightest and best. But that’s a fallacy; and an attempt to defend the indefensible. There are doubtlessly countless qualified, professional people who would make do with considerably less than £4m a year, and do a good job. And pay their taxes.

What such flippant assertions do is to legitimise greed. The idea that inconceivable wealth for the average person (i.e. sums of money that would provide a lifetime of relative comfort and stability) are nowhere near enough to satisfy the lifestyles of elites for even a few weeks. Or even days.

No. They do NOT need so much more than the rest of us. And we must stop feeding the idea that they do. On the contrary, their opulent habits are not somehow more deserving than other human beings’ right simply to survive.

To quote John Berger, the English author and Booker Prize winner who sadly died on 2 January:

The poverty of our century is unlike that of any other. It is not, as poverty was before, the result of natural scarcity, but of a set of priorities imposed upon the rest of the world by the rich. Consequently, the modern poor are not pitied, but written off as trash.

We shouldn’t make light of injustices like ‘Fat Cat Wednesday’. Otherwise, the UK may soon be able to look forward to the likes of ‘Malnutrition Monday’ – a day of the month when the poorest in society typically run out of money to feed their children. No? Too callous, perhaps? Well, one could argue both names make almost exactly the same point. Just one of them isn’t ‘dressed up’.