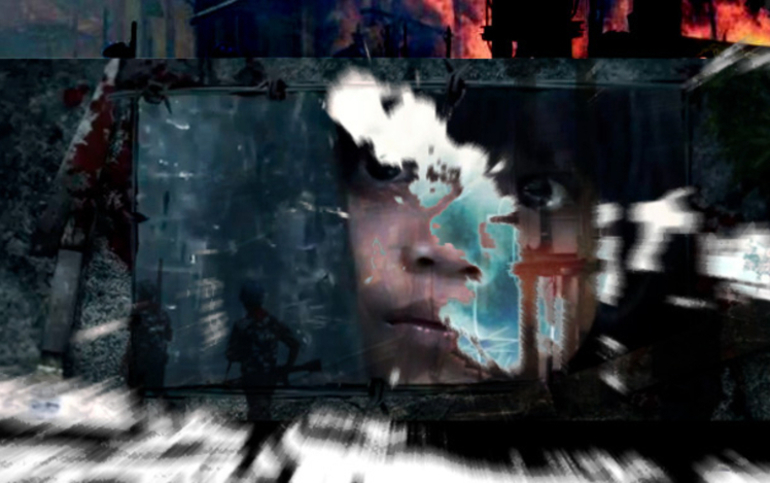 Myanmar’s government has released a report stating that there is not enough evidence to support allegations of ethnic cleansing against the country’s Rohingya Muslims. But it seems very much like the commission behind the report – set up by State Counsellor and Nobel Peace Prize laureate Aung San Suu Kyi – is clutching at straws in order to save face.

The report denies widespread claims of rape, and it fails to comment on alleged murders, arson, illegal arrests, and torture of the Rohingya minority group. It also rejects allegations of genocide on the basis that there are still Rohingya Muslims living in Rakhine State, and that attackers have not destroyed Islamic buildings. But these two points in no way mean that a genocide isn’t happening.

Officials have banned journalists and investigators from the Rakhine State, making it difficult to independently verify the allegations in question. UN human rights chief Zeid Ra’ad Al Hussein said these restrictions have been “short-sighted, counterproductive, even callous”. But what is perhaps even more callous is the outright denial of ethnic cleansing, which is apparent despite the lack of independent verification. Ethnic cleansing is defined as the mass expulsion or killing of members of one ethnic group by another. And this is exactly what we see.

Bangladesh says around 50,000 Rohingya have crossed its border over the past two months. Also, since 2012, more than 170,000 Muslims (mostly Rohingya) have fled Myanmar. Many of them fall into the hands of human traffickers.

Video footage allegedly shows the bodies of some 300 Rohingya killed by the Burmese army. There are also claims that the Burmese army has killed innocent Muslim civilians as retaliation for attacks by Rohingya militants.

A statement published by Fortify Rights reveals that the state has kept 120,000 Muslims (again, mostly Rohingya) in 40 internment camps. The conditions in many of these camps are decrepit and squalid, and waterborne illnesses and malnutrition are all too common.

As previously reported at The Canary, conflict erupted in June 2012, with a breakdown in relations between Myanmar’s majority Buddhist population and the minority Rohingya population. Widespread rioting and clashes between Buddhists and Muslims in the western state of Rakhine left 200 people dead and thousands more displaced. The rape and murder of a young Buddhist woman sparked the conflict. The following years saw many more instances of violence, killing, riots, arson, and accusations of rape.

The Rohingya community has reportedly lived in Myanmar since the 8th century. And the UN claims that they are one of the most persecuted minorities in the world. Until 1982, when the government took their citizenship away, they were full Burmese citizens.

The Burmese state continues to deny them citizenship, despite the fact that they can trace their ancestry back generations. Many Rakhine Buddhists, instead of referring to the Rohingya as Burmese, call them ‘Bengali’. They view the entire population as illegal immigrants from neighbouring Bangladesh. This includes those whose family settled in the country generations ago.

So far, Aung San Suu Kyi hasn’t done enough to address the current crisis in Myanmar. And she has appears to have stood with the majority Buddhist population at the expense of the oppressed Rohingya minority group. She even refuses to use the term ‘Rohingya’, while many of her colleagues still refer to them as ‘Bengalis’. Essentially, while the Nobel laureate talks about the “dignity and worth of the human person”, she won’t even acknowledge the identity of the Rohingya.

The latest official report from Myanmar’s government is just another sign that it is doing little to resolve the current crisis. And as Aung San Suu Kyi fails to keep her promise to protect minority rights, the integrity of the Nobel Peace Prize is also under scrutiny yet again.

– Read more on Myanmar and the persecution of the Rohingya community from The Canary, Amnesty International and Human Rights Watch.