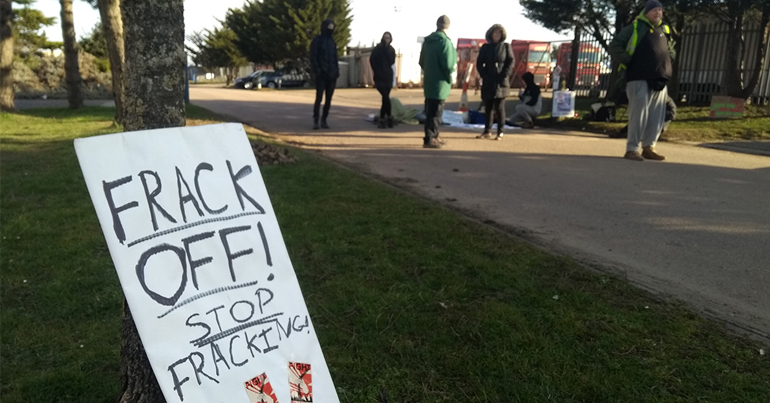 Anti-fracking activists protested against Norfolk haulage company AMPS (Associated Master Porters and Stevedores). The activists claim AMPS delivers to a fracking well at Preston New Road (PNR) in Lancashire. And their action was “in support of the residents of PNR”.

On 26 March, approximately 15 people protested at the AMPS depot in Great Yarmouth. Two of the protesters engaged in a ‘lock on’. This involves people locking their arms or wrists into a sealed metal or concrete container which makes it difficult for police to move them. It is a widely used activist tactic to block the movement of supply vehicles. 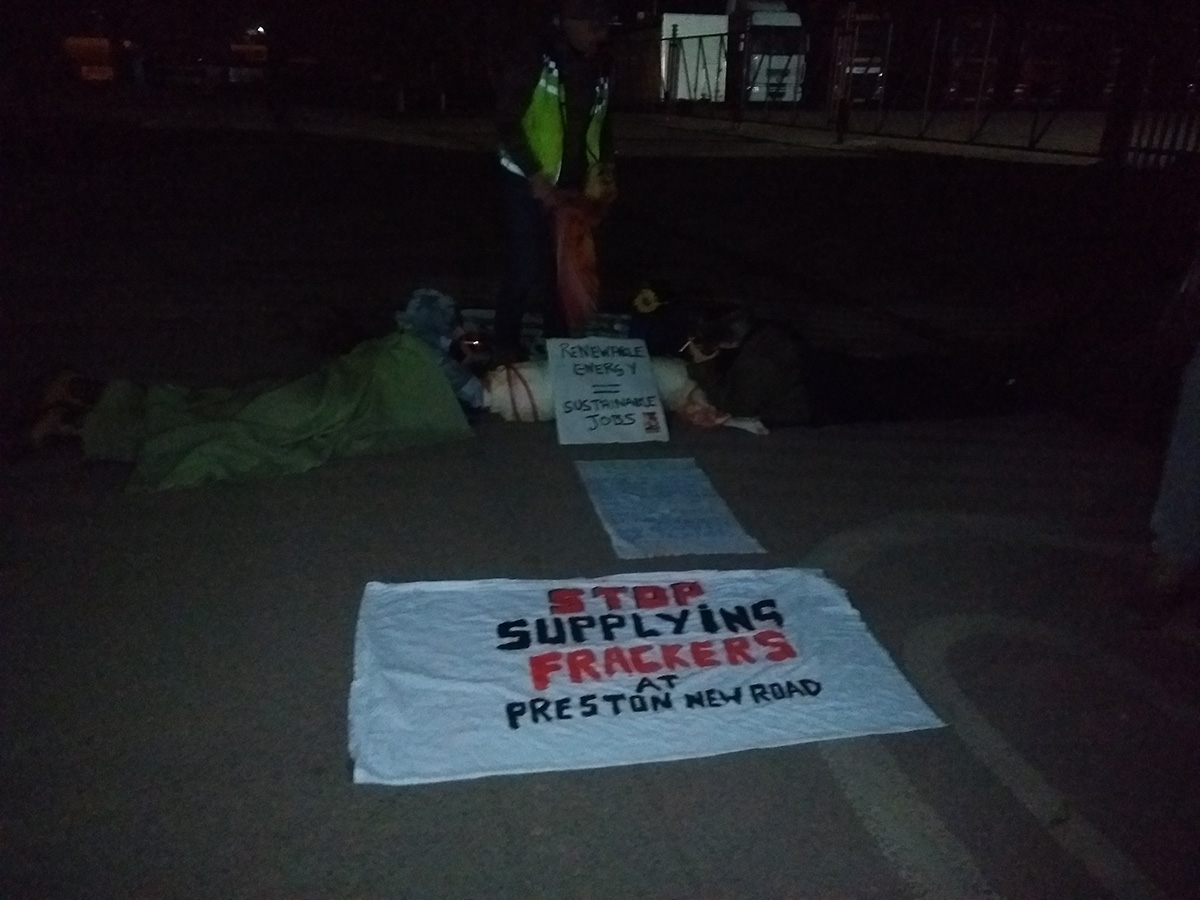 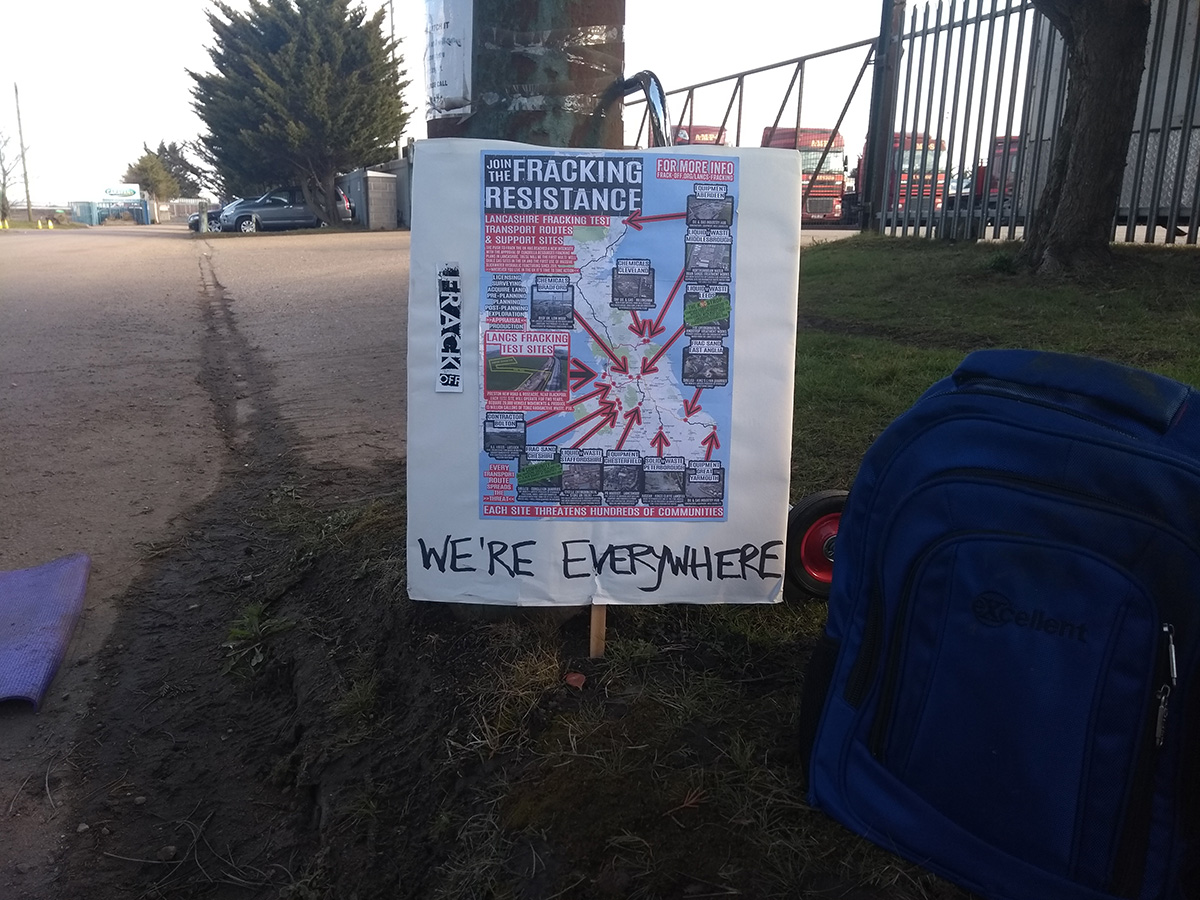 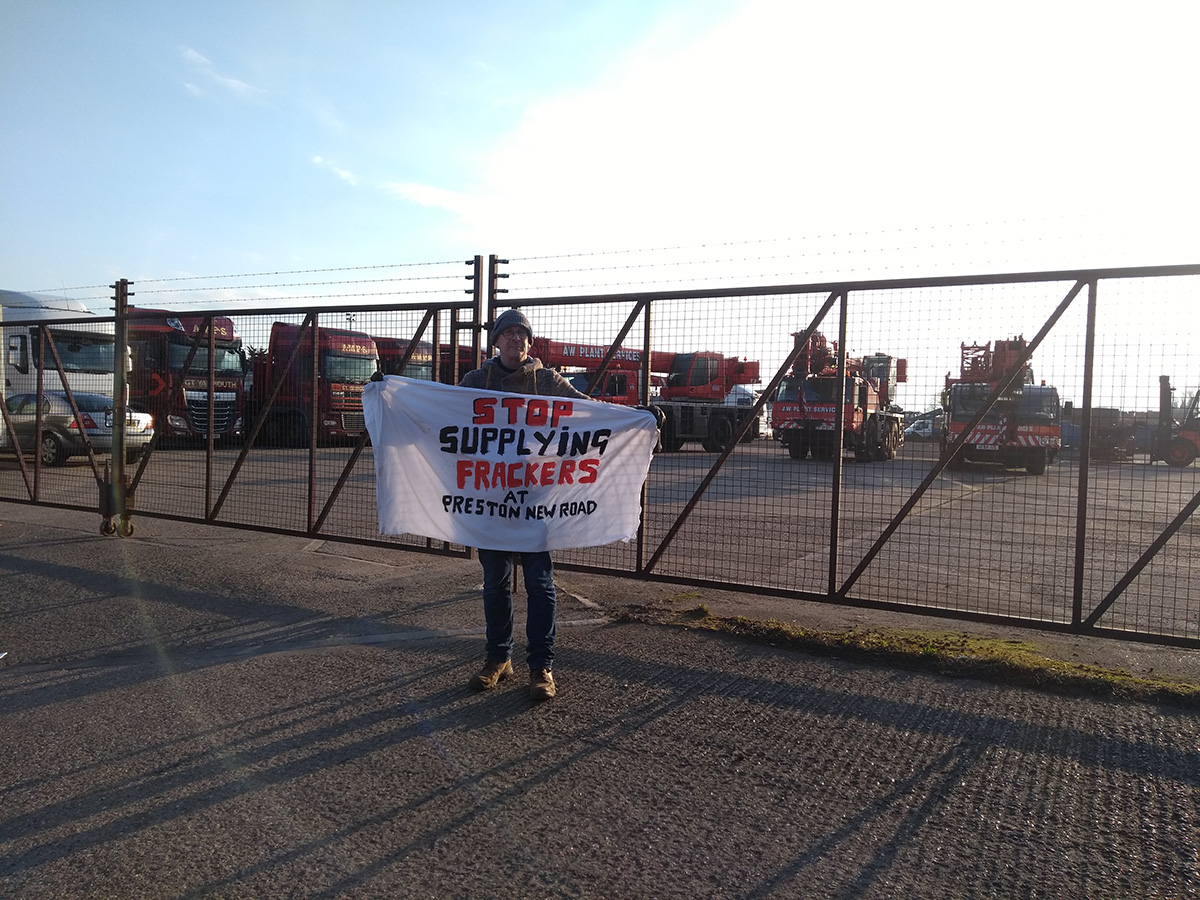 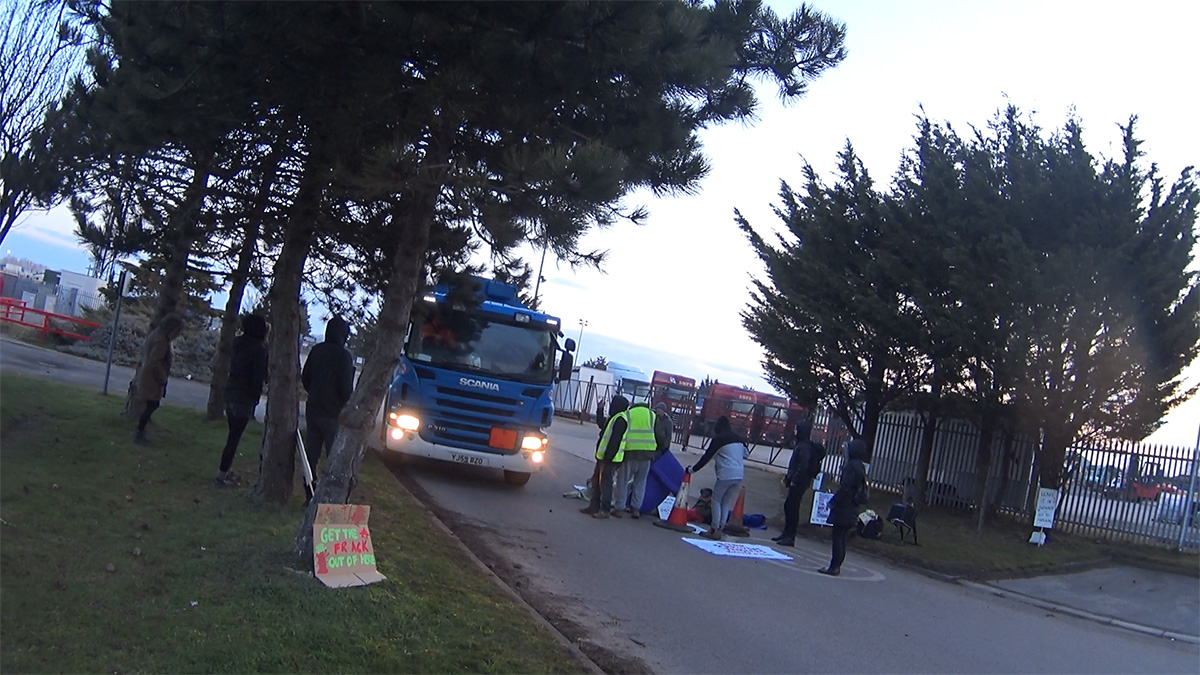 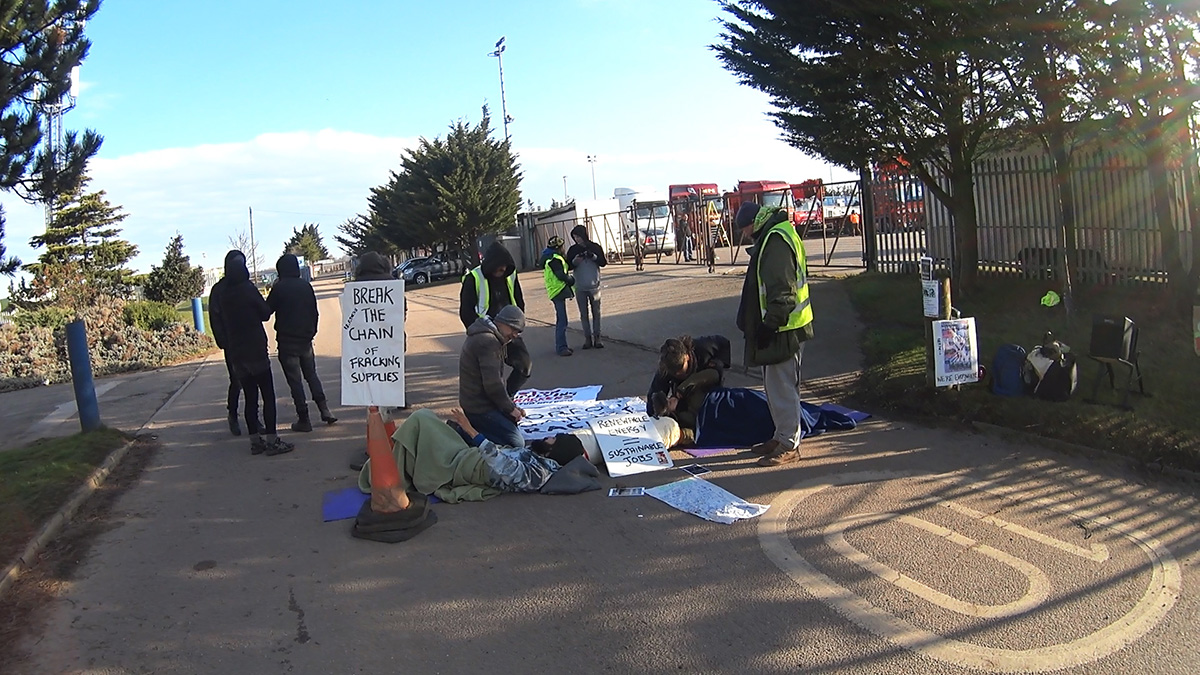 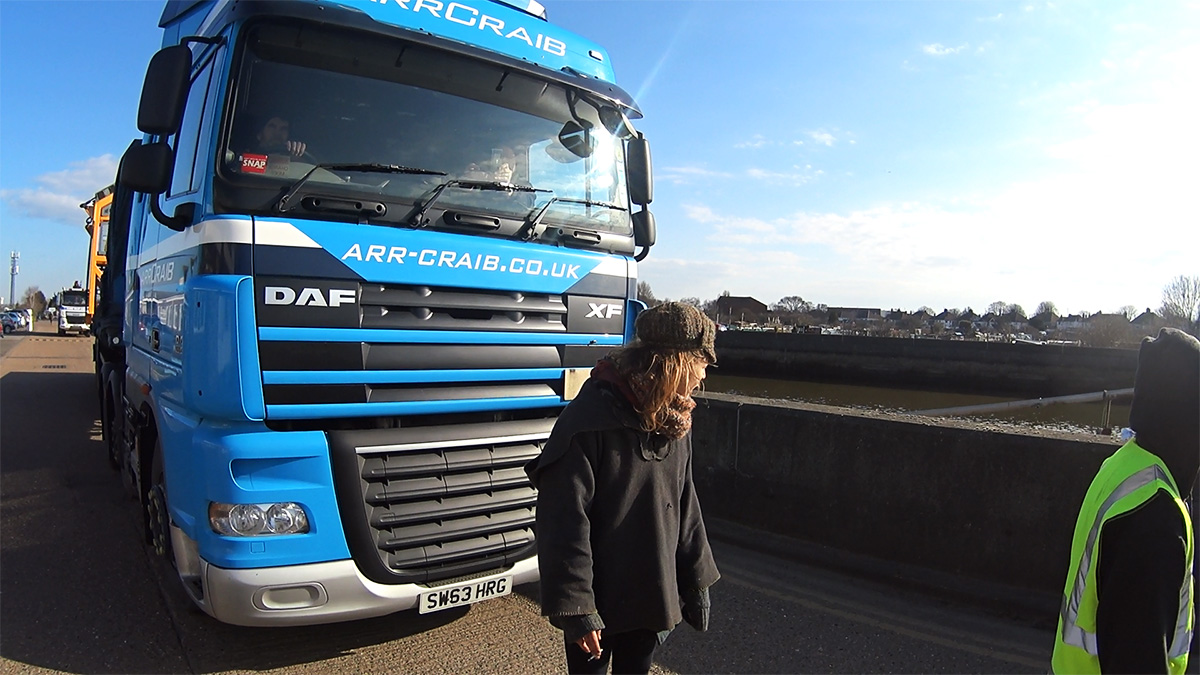 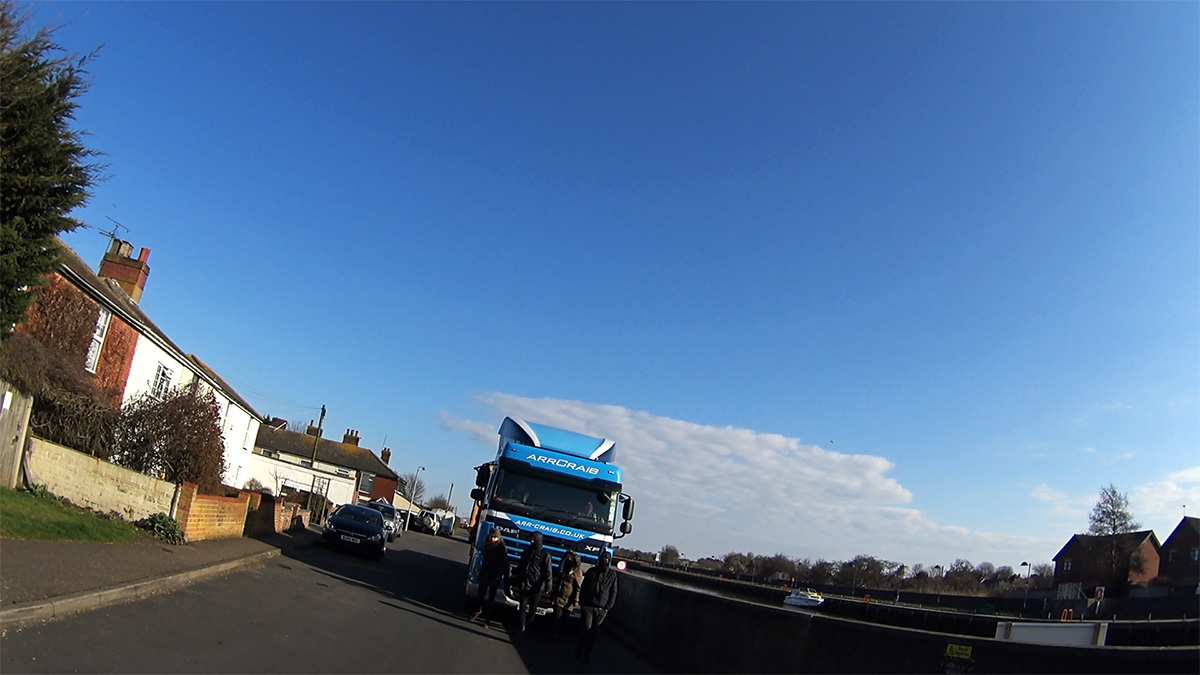 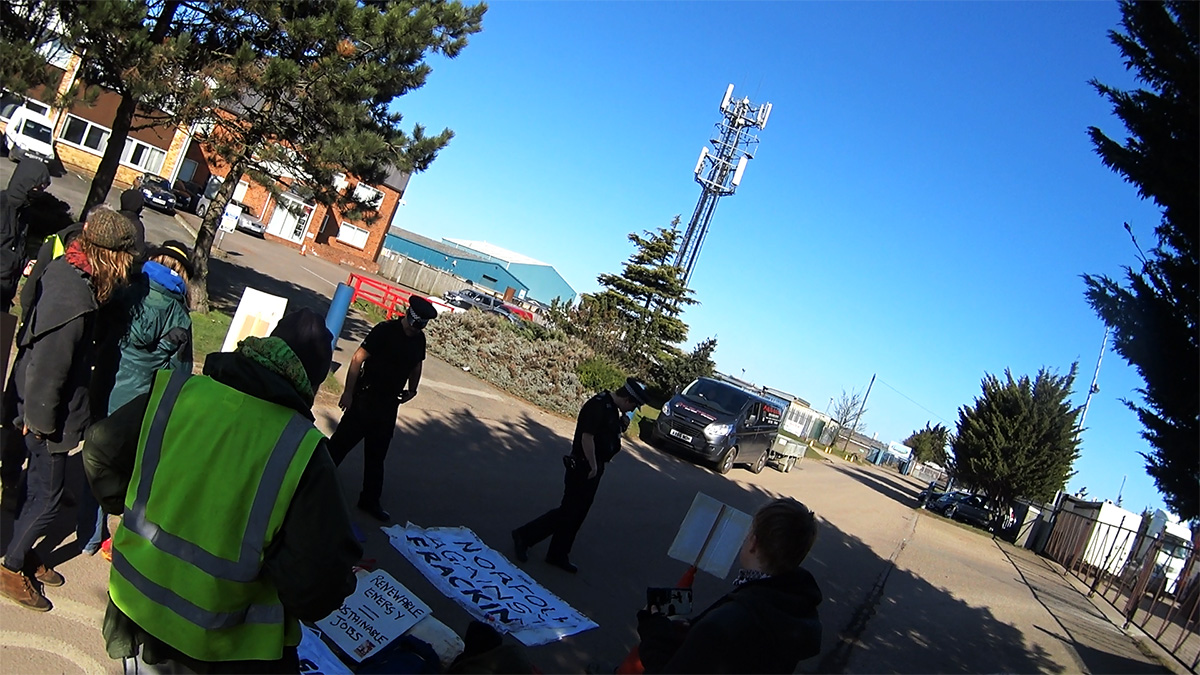 The Canary was present during the protest. The activists say AMPS has been delivering equipment to the Lancashire fracking site. AMPS lorries can be seen on several posts in Facebook group PNR (Gates) Community Protection Camp, run by activists at the fracking site. And the latest action comes after protesters previously visited the company in November 2017 and February 2018.

Although the lock on stopped AMPS lorries from leaving their depot, protesters safely guided other vehicles through.

Protesters also targeted a second haulage firm in Great Yarmouth. ARR Craib has been seen delivering equipment to PNR. And the same group of protesters ‘slow walked’ one of its lorries. This involves people walking slowly in front of a vehicle to slow down its progress.

Norfolk Police attended the protest throughout the day, talking to both protesters and AMPS. They asked the lock on to be removed from the road by 3pm or face arrest under Section 14 (1) of the Public Order Act 1986. Activists complied, leaving as police vans arrived at 3pm.

On 27 March, there was a second day of action in Great Yarmouth. Protesters slow walked Lubbers Logistics lorries, which they claim are “frequently seen” at fracking sites.

‘We are not being heard’

A press release from the protesters said:

This peaceful action has been carried out in support of the residents of… PNR in Lancashire who have had the fracking industry imposed onto their community. … We have been through all the legal routes and presented mountains of evidence to show the harmful effects of fracking and yet we are not being heard. … We implore the suppliers to review their ethical policy…and support others in their fight against the fracking industry.

And a protester told The Canary:

We didn’t disturb other companies. And [this] peaceful protest was facilitated by the police. Two days, no arrests. We are peaceful and when cops cooperate it works well.

A Grampian Continental lorry was also stopped by protesters on 26 March. DrillOrDrop reports that two women climbed onto the vehicle at a petrol station between Lancaster and Preston. One woman “locked herself to equipment on the lorry’s trailer”. Another sat on the roof for 12 hours*, preventing the lorry from moving.

Following the apparent end of North Yorkshire’s KM8 fracking well, anti-fracking activists continue to fight drilling at PNR. There has been a camp at the gates of PNR since January 2017. But the supply chain is now coming under increasing pressure.

*UPDATE at 1055 on 29 March: The Canary understands that the woman sat on the lorry’s roof for around 24 hours.

Featured image and additional images via The Canary / Glen Black