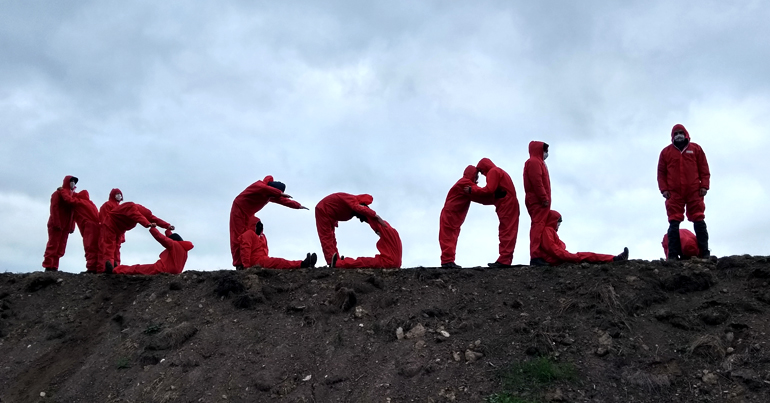 Communities secretary James Brokenshire has agreed to take a second look at the government’s decision to allow Bradley coal mine. It comes after nearly a year of campaigning by local residents and activists.

On 16 January, the government said it would review a decision to give Bradley opencast coal mine the go-ahead. The statement came as resident June Davison launched a judicial review against Brokenshire’s refusal to revoke planning permission in July 2018.

In a letter published by Coal Action Network, government lawyers admitted they had “identified a flaw” in Brokenshire’s original decision. The letter, dated 28 November 2018, said that:

Davison’s hearing was to take place on 18 January. But the review has pushed it back until 25 February, to allow 35 days for the department to “revisit the decision”.

can’t repair the damage that has been done here but the least he can do is stop it getting worse. We are fighting back for what remains of the wildlife in the Pont Valley, for the climate and for the health of our community.

Bradley mine, near Dipton in County Durham, is the most recent coal mine to begin operation in Britain. Owned by Banks Group, it has faced fierce opposition from local residents for decades. Activists have worked alongside residents since February 2018. The mine began operating in May 2018 but the campaign to stop it has continued.

The turnaround on Bradley mine comes less than a week after Brokenshire began examining plans for a second Banks Group mine. The mining company could extract up to 3m tonnes of coal from Druridge Bay, Northumberland. Former communities secretary Sajid Javid originally threw out the plans in March 2018 but the high court overruled this decision in November.

Anne Harris of Coal Action Network, speaking about both mines in the group’s press release, said:

The government should seize this opportunity to end the dirty industry of opencast coal extraction for good. Supporting either Bradley or Druridge Bay would be inconsistent with their promise to end coal use in power stations by 2025.

Featured image via Glen Black for The Canary