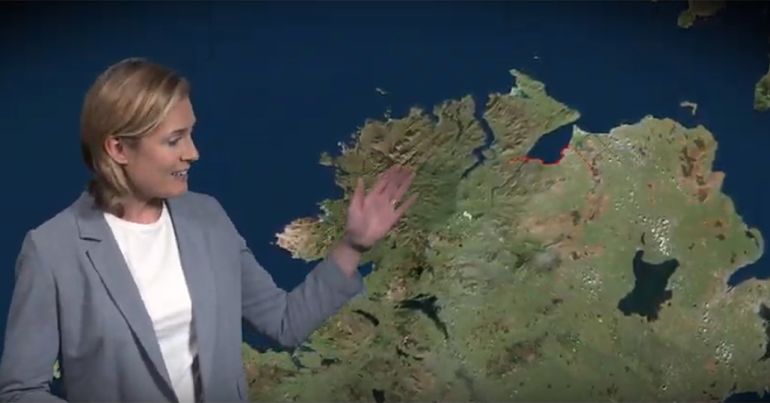 The British government has looked into the possibility of dumping nuclear waste in the north of Ireland. The Radioactive Waste Management (RWM) agency posted its findings on the government website in late 2018.

Its goal is to find a suitable place to build a Geological Disposal Facility (GDF). The RWM identified the north of Ireland as a potential site for storage of the waste, as well as 12 regions in Britain.

RWM divided the area into four sub-regions. It identified Newry as one possible location “in which we may be able to site a GDF”. The agency mentioned the areas between Ballycastle and Cushendall, and Belfast and Larne, as spots where it might also “be able to site a facility”. Likewise, Coleraine, Ballymoney, south of Carnlough, Ballymena, and Magherafelt were all mentioned as practical sites for a GDF by RWM. It also identified the area between Derry and Omagh as possibly suitable for a nuclear waste disposal site.

RWM describes itself in these words:

Our mission is to deliver a geological disposal facility and provide radioactive waste management solutions.

It also says its goal is to put radioactive waste underground “so that it is safe and secure”. When the waste is underground, RWM says, “rock will shield people from the radiation”.

The plans have angered many people in the area.

One group, Can’t Fathom It, pointed out that “No nuclear development exists currently on the island of Ireland” and said:

Why should we see our local wildlife suffer, our biodiversity be damaged and our health to be threatened, so that nuclear waste produced in Britain can be dumped on us here in Ireland?

Another group, Rostrevor Action Respecting the Environment (RARE), revealed that “all district councils in Northern Ireland were informed” about the plans a year ago. But the government and RWM are only widely sharing this information now.

RARE has issued a call to action. It says that politicians will be voted out of office if nuclear waste is dumped in the north of Ireland:

The time has come to put environmental and public safety before private interest and for our elected representatives to match their words with action. If you can’t see our concerns, you won’t see our votes.

The British government has shown it’s willing to continue spending money on nuclear power. This being the case, disposal of new nuclear waste will remain an issue for the foreseeable future.