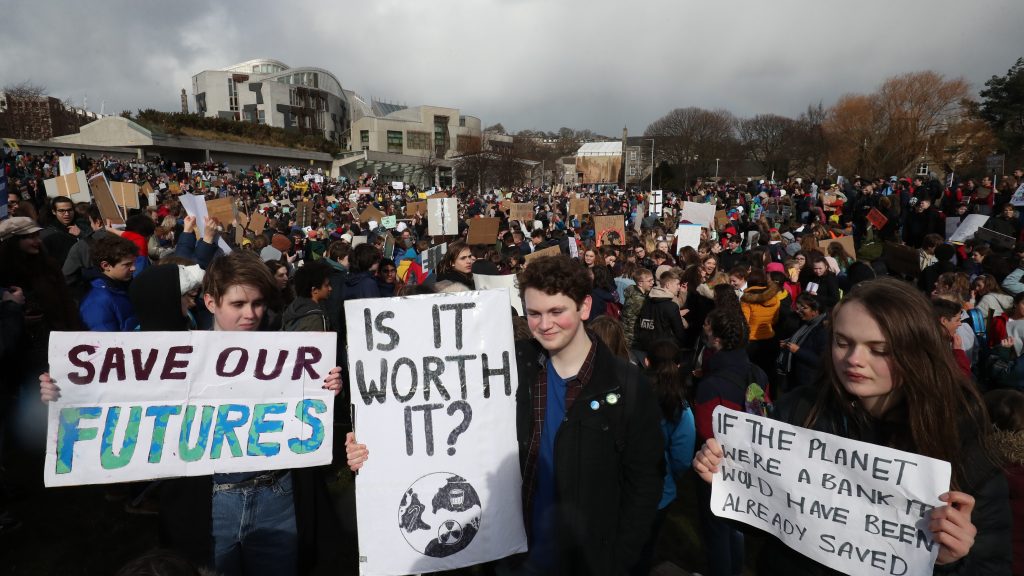 Pupils have hit out at proposals to limit climate change protests to just one day a year.

Thousands of children descended on the Scottish Parliament building in March and May as part of a wider movement in which action was planned in more than 100 towns and cities across the UK.

Edinburgh City Council’s education committee is to discuss the issue on Friday, with more action planned by the Scottish Youth Climate Strike (SYCS) group on September 20 and 27 as part of more global action.

Despite the local authority being one of the first to allow pupils to miss school with parental permission so they could protest, pupils have reacted angrily to any suggestion of restricting the number of strikes allowed.

One SYCS organiser, 15-year-old Dylan Hamilton, said: “The climate crisis is the biggest threat to humanity, with the group most affected being the children.

“We are the ones who will be impacted the most and all we want is a seat at the table with effective climate targets being decided.

“Allowing us to protest once a year is simply not acceptable and will not let us get across how serious this is to the people in power.

“Instead of marking us as truants, we should be praised and given help to catch up for adhering to values our schools promote such as celebrating citizenship and being an effective contributor.”

A motion from Scottish Greens councillor Steve Burgess “notes that Scottish Youth Climate Strikers have notified the council of their intention to march and hold a rally on Friday September 20 as part of this Global Climate Strike”.

The council’s education convener Ian Perry said: “Having discussed this with a number of people, there’s a consensus we should support the young people with climate change – this is one of the most important issues that’s facing them.

“However, there needs to be a balance and if we allow them more than one day, the issue will be they are missing school.

“We are confident that one day won’t affect their education. This is an authorised day.

“If they feel really strongly about it and they strike and say that climate change is more important than their education, that is up to the pupils and their parents and could have the potential to harm their education.”

An officer’s report ahead of Friday’s meeting also states: “The theme of the strike was powerful and emotive but should not be the overriding issue in determining whether children are encouraged to be present at school.

“There are other, more productive ways to demonstrate support for climate change.”

Hamilton added: “Our classic education, such as preparation for exams, may suffer because of the strikes.

“However, by striking we learn politics, organisation, science, independence and more about society than we’ve ever been taught.

“To say we are harming our education is untruthful.

“Furthermore, punishing pupils for attending the climate strikes is a violation of our human right to freedom of expression.

“We urge Edinburgh council to take back this proposal and instead focus on fixing the climate crisis so we don’t feel the need to protest instead of going to school.”