When even arch-Brexiteers warn of no-deal danger to the economy, you know it's time to worry - Canary 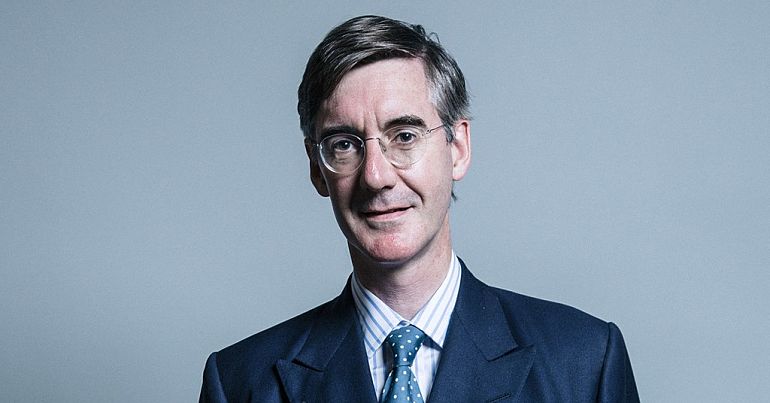 A cross-party House of Commons report, co-authored by arch-Brexiteers such as Jacob Rees-Mogg, warns of the dangers of a no-deal Brexit. The report was published in July, prior to Boris Johnson becoming prime minister, but has only recently been made public. And its conclusions are worrying, to say the least.

Tory MP and leader of the house Rees-Mogg, meanwhile, is not the only hypocrite in all this.

The comprehensive report and its co-authors

The report – The consequences of “No Deal” for UK business – is published by the Exiting the European Union Committee. Its authors include arch-Brexiteers Rees-Mogg, Peter Bone, and Sammy Wilson.

The report is comprehensive in its scope and covers the sectors including services, automotive, food and farming, pharmaceutical and chemicals, and research and education.

After examining the impact of a possible no-deal Brexit on each of these sectors, the report concludes:

A no deal exit would represent a sudden rupture for all of these sectors. A no deal, non-cooperative relationship cannot be the desired end state for UK-EU economic relations.

Some have argued that a no deal exit would bring the EU “back to the table” and that the UK would secure a better deal as a result. This is, at best, a gamble. At worst, it could lead to severe disruption of the economy, pose a fundamental risk to the competitiveness of key sectors of the UK economy, and put many jobs and livelihoods at risk.

Labour MP Hilary Benn (who chairs the committee that published the report) summed up the conclusions in a 15-point Twitter thread:

2. “The Government’s own economic assessment shows that a “no deal” exit from the EU would be the most economically damaging outcome for the UK, with the effect most pronounced in the North East and the West Midlands….”

4. On services, “The Government has said that, if the UK leaves the EU without a deal, then UK businesses would be treated as third-country service providers by the EU. The UK would risk a loss of market access and an increase in non-tariff barriers.”

9. As for farming “UK producers would face high tariffs exporting to the EU, currently the market for over two-thirds of UK agri-food exports…..Sheep meat would face a tariff approaching 50%, bringing the viability of that sector into question. “

15. Given this, and since ministers know how damaging No Deal will be and that there is no mandate for it, it is utterly irresponsible for the Government to be rushing headlong towards it. Read the Select Committee’s full report here. https://t.co/bVcb8GGmhm

In July, around the time of the report’s publication, Rees-Mogg was arguing the exact opposite to its conclusion, saying:

Philip Hammond’s negative view of no deal Brexit is pure silliness: it could boost our economy by £80 billion.

It seems Rees-Mogg, whose Somerset Capital Management has set up an investment fund in Ireland ahead of Britain’s exit from the EU, seems to say one thing to one audience (his peers) and another thing to another audience (tabloid readers).

But Rees-Mogg and his fellow Brexiteers who co-authored the report are not the only hypocrites. There is also Dominic Cummings, who is listed as a witness to the report and is now a special adviser to UK prime minister Boris Johnson.

The Observer recently reported how a farm co-owned by Cummings has for over a decade received subsidies from the EU. A search by The Canary revealed a precise breakdown of these subsidies and what they were for:

But in June 2015, Cummings posted his criticisms of such support in his blog:

[The EU] is so bureaucratic and slow-moving that it cannot adapt quickly to challenges and is the opposite of the sort of agile institution necessary to cope with contemporary and imminent global challenges – for example, it is so slow moving that it remains stuck with agricultural subsidies dreamed up in the 1950s and 1960s that raise prices for the poor to subsidise rich farmers while damaging agriculture in Africa.

So given those criticisms, will Cummings now wish to pay that money back?

And will those Brexiteers who co-authored the highly critical conclusion of the cross-party report apologise to the public for leading the UK to possible, if not probable, disaster?