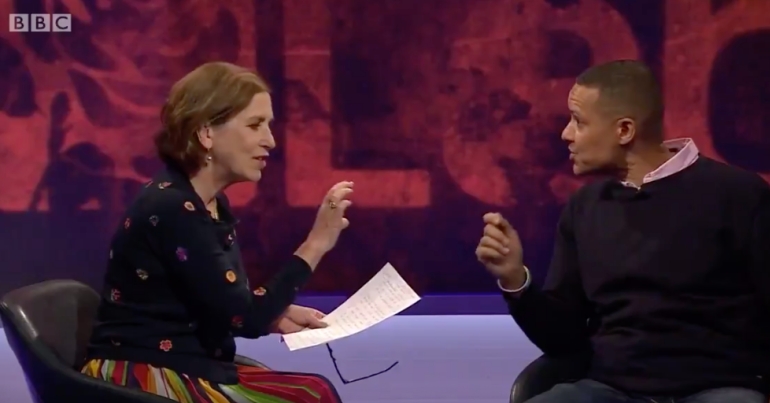 With the threat of Boris Johnson’s no-deal Brexit looming, centrists are looking at ways of turning it into a power grab. The likes of Tom Watson and Liberal Democrat leader Jo Swinson, for example, would have us believe that the only option is to form a ‘unity government’ with them at the forefront. But the reality is very different.

Speaking on Newsnight, Labour’s Clive Lewis nailed the one question that every person (but particularly the likes of Watson and Swinson) needs to answer.

The choice is simple

Lewis first set the record on what Labour is proposing:

Let’s be really clear here. We’re not talking about a five-year Lib-Lab coalition. We’re talking about… a short-term government; a minority Labour administration – short-term – to get through that legislation… and to get a public vote.

And he asked the simple question:

What the opposition leaders of the Liberal Democrats, the Greens, and those Conservatives that want to stop ‘no deal’ have to decide: ‘Who’s worse? The amoral Boris Johnson heading off to Trump [and the US-UK] deal that’s facing us? Or Jeremy Corbyn, for a couple of months, to get the legislation that we all want to see?’

Labour has already indicated that Corbyn will table a motion of no confidence in Johnson’s government when parliament returns from its summer break. If that motion is successful, there’s a 14-day period for MPs to form a new government that MPs can back in a confidence vote. If that process fails, a general election is triggered.

So this leaves those opposing a no-deal Brexit with a straightforward choice. Do they support the no-confidence motion? And if they do, will they support a temporary government led by Corbyn as the leader of the opposition?

Essentially, the question for the likes of Swinson and Watson is a simple one: ‘Which side are you really on? Do you want, for example, to stop Donald Trump’s free-for-all on the NHS – bargaining away our rights for a trade deal? Or are you just ‘utterly craven opportunists’?’