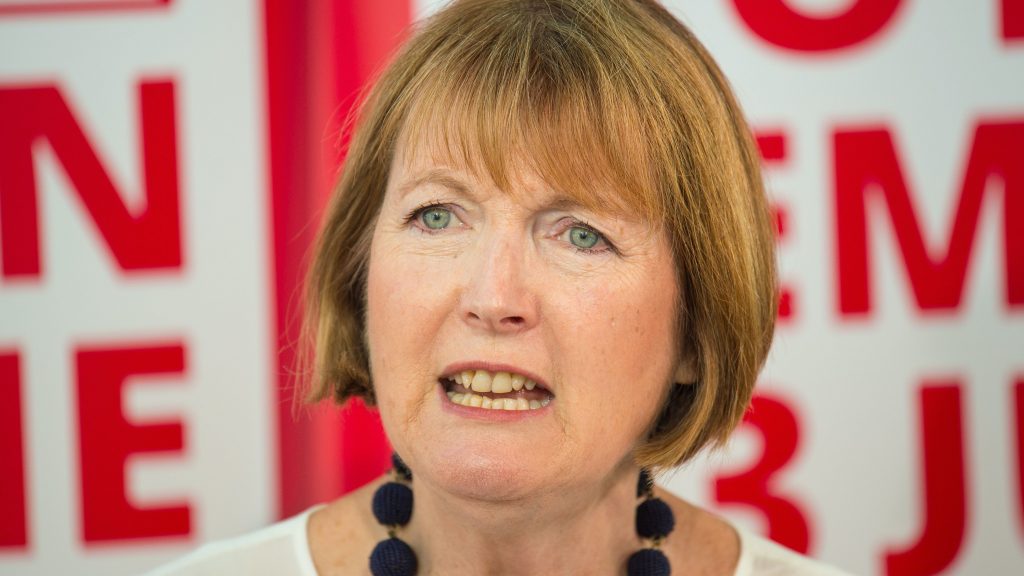 New laws to protect the privacy of personal information gathered by the coronavirus contact tracing app are a “no brainer” – and can be adopted quick enough without disrupting its rollout, Harriet Harman has said.

The Joint Committee on Human Rights – which Harman chairs – has a bill drafted and ready for introduction, amid concerns about the data such an app can gather and who can access it.

Using Bluetooth, the app keeps an anonymised log of other people also using the app who have been in close contact with the user.

If someone shows symptoms, they can inform the app, which will instruct anyone who has been near them to self-isolate.

The technology is currently being trialled on the Isle of Wight, with the aim of rolling out across England in the coming weeks.

Harman said written and verbal assurances by the health secretary do not provide any protection, after Matt Hancock wrote to her saying the government believes legislation is unnecessary.

“This is a wholly new area of data collection and therefore we need not the failed mishmash of protections that’s currently existing, we need a new bespoke bill,” she explained.

“I just don’t think assurances, how ever well motivated and genuinely given, cut the mustard.”

The MP also said that it is “bordering on a conflict of interest” to have the Information Commissioner’s Office (ICO) in both an advisory and enforcement capacity.

“If you’ve been advising, which the Information Commissioner has been, about the setup of the system, then you kind of are vested in it and you need a clean pair of eyes to actually look at it rather than have one of the advisers enforcing protections for any breach.”

Despite her concerns, Harman said she would still download the app even if the government decides not to introduce new protection laws.

“The view of my committee was that this app should not go ahead, the government should actually not do it, unless they are prepared to put in place the privacy protections, so that was the view of the committee as a whole, but I personally would download it if they go ahead and do it without this bill,” she said.

The committee has sent the proposed legislation to the leader of the Commons Jacob Rees-Mogg stating that if the government does not intend to introduce it, permission should be given for Harman to bring it forward as a Private Members’ bill.

It comes amid confusion about the exact number of people who are testing the app on the Isle of Wight, with transport secretary Grant Shapps saying more than 70,000 people had downloaded the software last week, while Downing Street said it was roughly 60,000 on Monday.

The total may also be unclear due to those who have downloaded it twice or people who have got hold of it from the mainland.