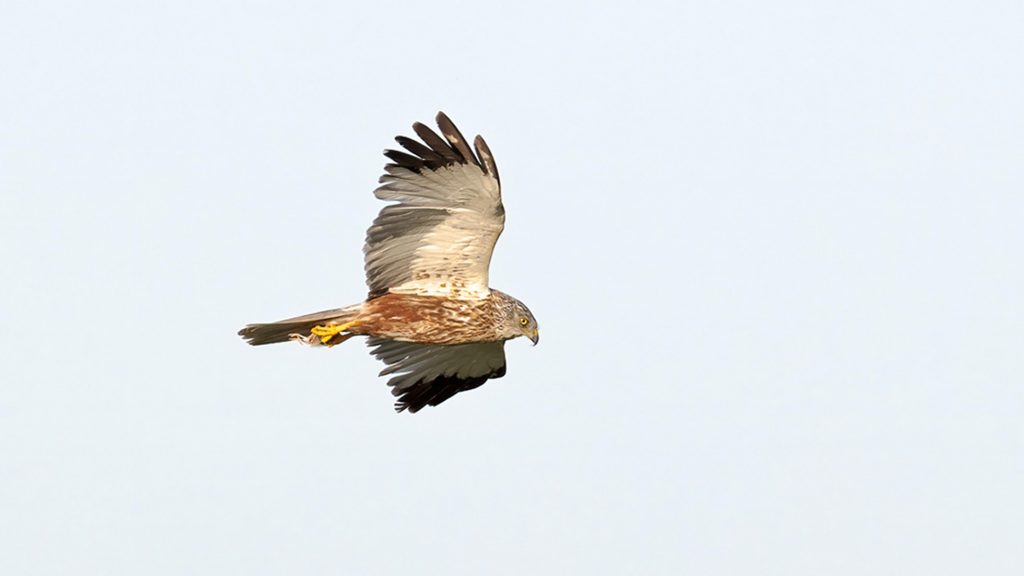 At least a dozen marsh harrier chicks have successfully fledged at a nature reserve in the “most successful breeding year in decades” for the species there.

Rangers witnessed four nests of chicks successfully fledge and believe there may have been a fifth, but its location meant staff were unable to fully monitor numbers.

A positive outcome of lockdown

There are only 400 nesting pairs of marsh harriers in the UK, but the species has made a positive recovery in recent years.

In the 1970s, following years of habitat loss and persecution, there was believed to be just one nesting female in the whole country, according to The Wildlife Trusts.

A National Trust spokesperson said 2020 has been the “most successful breeding year in decades” for marsh harriers at Wicken Fen. They added that lockdown “emboldened wildlife moving into places that would normally be busy with human activity”.

During the early part of lockdown, we saw wildlife moving into areas of the reserve that were unusual for us, and we’ve also seen new migratory birds arrive in the wider reserve, such as golden oriole and marsh warbler.

It’s also been a great year for butterflies at Wicken Fen, with high numbers flying and the return of the marbled white at Oily Hall.

Marsh harriers are the largest of the harriers and are identifiable by their long tails and V-shaped wings when in flight.

Rangers saw a male marsh harrier performing aerial food passes to two females at Wicken Fen, making it clear that there were nests in reed beds at the reserve.

A wildlife photographer later captured images showing the juvenile birds taking to the skies and catching food from their parents in mid-air.

Marsh harriers are amber listed, which is the second most critical conservation priority group.